US Imposes Full Sanctions on the Venezuelan Government

The recent asset freeze and trade ban against the government of Venezuela constituted a fresh round of US sanctions against president Nicolás Maduro who currently controls key government institutions. The new measures seek to destabilise Maduro’s regime amidst negotiations with the Venezuelan opposition. Businesses must be aware of the risks they face should they fail to understand the ownership structures and political exposure of the companies and individuals they are dealing with. 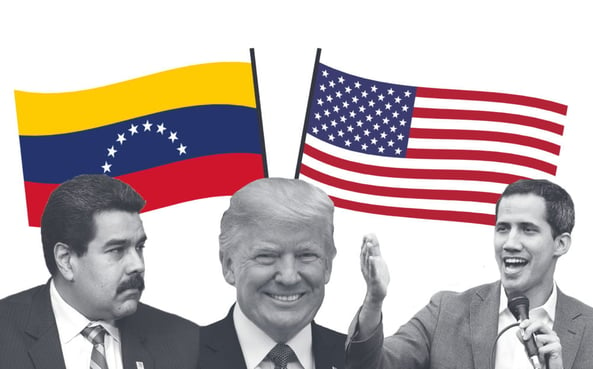 On 5 August 2019, US president Donald Trump signed an executive order which put into effect a freeze of all assets under US jurisdiction which are owned or controlled – either directly or indirectly – by the government of Venezuela.

The executive order also prohibits the trade of goods and services with or for the benefit of the Venezuelan government and its officials, or any entities controlled by it. Though media coverage referred to an economic embargo on Venezuela, the current sanctions do not include a general prohibition on trading Venezuelan goods or with Venezuela-based private entities.

This is the latest step in the recent escalation of the US government’s efforts to weaken the Venezuelan regime by limiting its access to international trade and financial markets. It is also a reputational attack on president Nicolás Maduro and his government, as it adds Venezuela to a list of US-sanctioned states which includes Cuba, North Korea, Iran, and Syria.

The new sanctions are a heavy blow to the Venezuelan economy, which is mostly government-controlled and is already in shambles. The accumulated effect of these sanctions, combined with long-term political instability and challenges to the legitimacy of Maduro’s government, has also taken a toll on the civilian population: over four million Venezuelans have sought refuge in neighbouring countries, mainly Brazil and Colombia.

Sanctions on Venezuela were first imposed by the US in 2015. This initial round of sanctions targeted government officials in retaliation for perceived human rights abuses and the arrest of political opponents and critics by Maduro’s government. In 2017 and 2018, sanctions were gradually extended to transactions relating to debt issued by the Venezuelan government and state-owned companies, on digital currency issued by the government, and on the country’s gold sector.
In January 2019, Juan Guaidó, leader of the Venezuelan opposition and president of the country’s national assembly, declared himself the country’s interim president, contesting Maduro’s legitimacy to hold office. The US and other key regional players have officially recognised Guaidó as the President of Venezuela, while countries such as Russia, China, and Turkey have vowed to defend Maduro. After recognizing Guaidó as the legitimate president, in early 2019 the US expanded the previously imposed sanctions to include Petróleos de Venezuela SA (‘PDVSA’), Venezuela’s state-owned oil company and historically the main source of the Venezuelan government’s income.