The Taliban 2.0: A return to history? 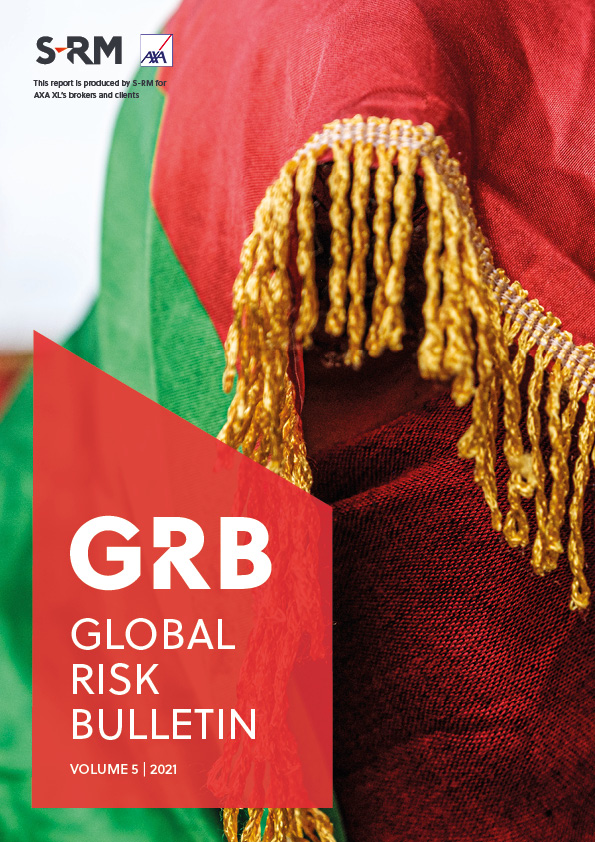 The Taliban’s return to power may have ended the 20-year war, but its impact will reverberate in and outside of Afghanistan for years to come, writes Saif Islam.

On 4 August, Afghan President Ashraf Ghani was addressing a small crowd in his typically confident demeanour, mocking former Afghan King Amanullah Khan, who fled the country in 1929 amid the Saqqawist insurgency. Ghani vowed that he would not flee the Taliban. Less than two weeks later on 15 August, Ghani and his close aides were on a plane to find refuge in the United Arab Emirates, as the Taliban reached the gates of Kabul, having rapidly captured vast swathes of the country. There are multiple explanations for the spectacular collapse of the Afghan National Defence Security Forces (ANDSF), including the withdrawal of international forces, high levels of corruption among ANDSF commanders, and low morale within the rank and file. What is already clear, however, is that the Taliban’s second shot at power will unleash a new wave of political, security and economic challenges in Afghanistan, the impact of which will also be felt far outside of its borders.

After the takeover of Kabul, the Taliban declared the end of war and espoused its desire to rebuild Afghanistan with participation from all sections of society. The Taliban is seeking to present itself as a softened version to the one that ruled Afghanistan with an iron first from 1996 to 2001. However, its public relations charm offensive is already on shaky grounds. Taliban fighters fired live ammunition killing and injuring dozens of anti-Taliban protesters countrywide in recent weeks. The group’s announcement of a general amnesty for all former government and security personnel contrast with reports of door-to-door manhunts and summary executions. There have been several incidents of journalists being wrongfully detained and even tortured in custody. The Taliban also promised that women’s rights will be respected, including the right to work, albeit with the opaque caveat that this takes place within their interpretation of Sharia law. In practice, many women have been ordered to stay at home until proper systems are in place to ensure their safety.

"Although some Taliban leaders are likely serious about preventing attacks against other countries, the movement’s decentralised nature precludes it from instilling discipline across Afghanistan."

The Taliban’s new interim government announced in early September is drawn exclusively from loyalist ranks, a far cry from previous promises of forming an inclusive government that represents all Afghans. The Taliban by all indications is determined to centralise power. What will complicate its goal of establishing absolute rule as it had in the late 1990s, is that Afghanistan has changed considerably over the past two decades. To many Afghans, Taliban rule is not an easy sell, which explains ongoing albeit sporadic anti-Taliban protests in some parts of the country.

The Taliban’s shift from insurgency to governance could unleash new security challenges in and outside of Afghanistan. Militant groups, such as Al Qaeda and Islamic State, will feature prominently in the new security landscape, feeling emboldened by the departure of international forces. The Taliban has vowed to not allow these groups to use Afghanistan as a base to plan attacks on other countries, although this could be mere rhetoric. The Taliban recently released thousands of jihadists from prison. The Taliban also never broke its alliance with Al Qaeda and their fighters often work together. Although some Taliban leaders are likely serious about preventing attacks against other countries, the movement’s decentralised nature precludes it from instilling discipline across Afghanistan. Neighbouring countries, including Pakistan, China, Tajikistan, and Uzbekistan are all concerned about the jihadist spillover threat.

Inside Afghanistan, Islamic State – the Taliban’s biggest jihadist critic – will now assume the mantle of being the new public enemy number one. It will continue attacks against both the Taliban and civilians, like the 26 August suicide bombings at the entrance of Hamid Karzai International Airport in Kabul, which killed at least 182 people and injured more than 150. Islamic State has long considered the Taliban “apostates” for negotiating with the US, and for their lack of commitment to what Islamic State calls true Sharia.

Islamic State is not the only local adversary of the Taliban. The Taliban's swift capture of Kabul and most of Afghanistan belies considerable ideological opposition to the group, especially in the north of the country, where minority ethnic Tajiks and Uzbeks are concentrated. Many ANDSF personnel only surrendered to the Taliban due to the latter’s alleged deals with corrupt Afghan army commanders. Some ANDSF members initially joined the small anti-Taliban resistance in the northern Panjshir Province. Although the Taliban managed to recapture Panjshir after several days of fighting in early September, some resistance leaders have vowed to fight on, potentially starting a low-level insurgency against the Taliban. 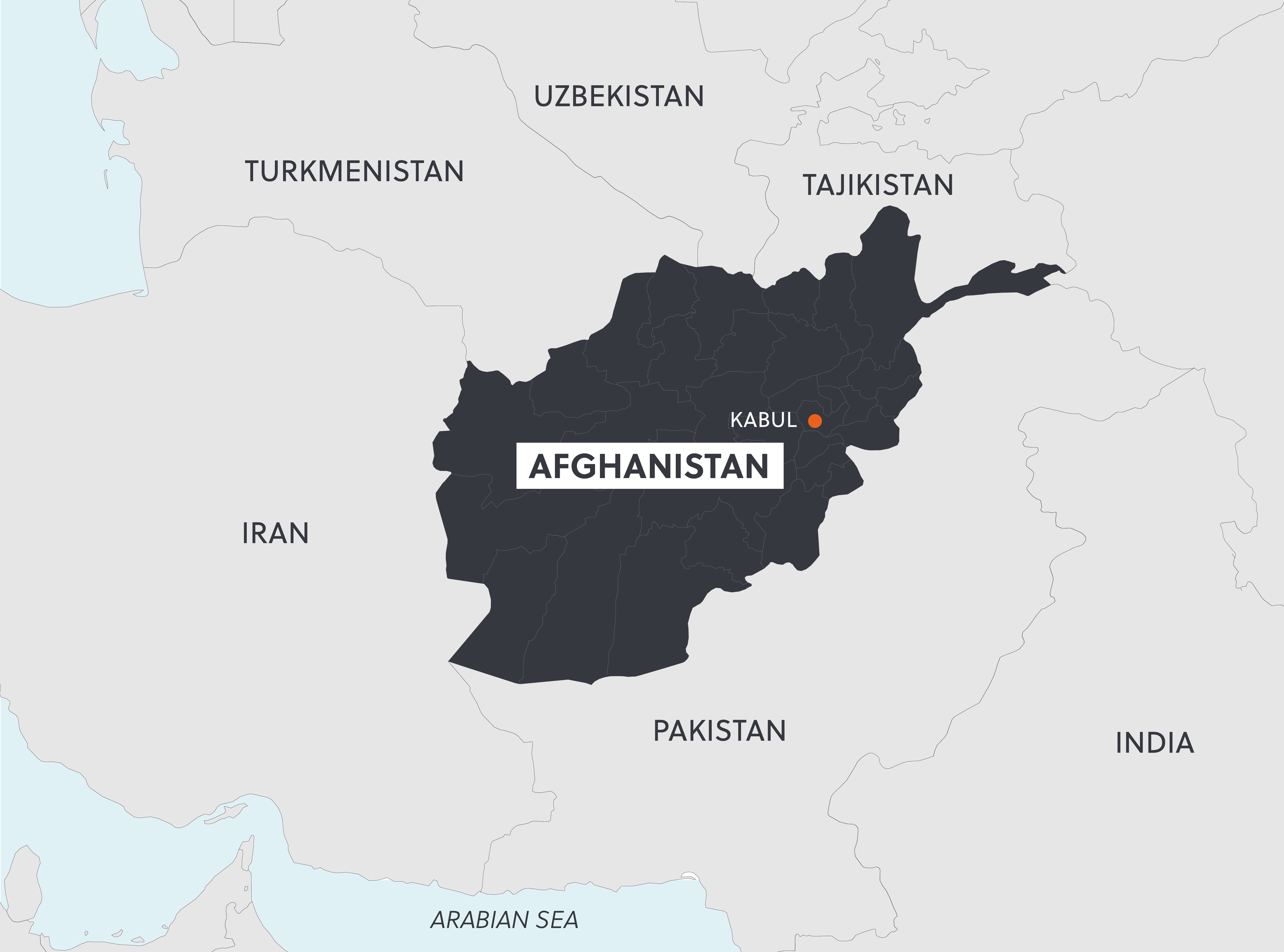 The Taliban victory has dealt a major blow to the Afghan economy, which some observers predict may collapse within a matter of months. The economy was already fragile due to heavy dependence on foreign aid. The new government not only lacks governance experience, but also the means to govern effectively. The US froze nearly USD 9.5 billion in Afghan Central Bank assets in response to the Taliban takeover. With the World Bank and the International Monetary Fund halting funding, and other countries suspending foreign aid, the economy will struggle to stay afloat. Almost all banks and money transfer companies are closed, preventing people from withdrawing cash. The local currency, the Afghani – which was already low in value – is at risk of further devaluation. This will spike inflation in a country where almost half of the population live below the poverty line and are heavily dependent on humanitarian aid. These factors could unleash a major humanitarian crisis in the coming months and set off another wave of refugees, impacting not only neighbouring countries but also Europe.

With the West providing almost no assistance to the Taliban government, it has turned to China, which has recently pledged USD 31 million in emergency aid, food supplies, and Covid-19 vaccines. In addition to China, the Taliban will likely seek help from Turkey, Qatar, Pakistan and Russia, to rebuild the economy, including through the exploitation of Afghanistan’s vast mineral deposits. These countries will largely turn a blind eye to the Taliban’s human rights record and any potential sanctions threat. However, they will still demand that the Taliban create a conducive security environment and clamp down on corruption and extortion – a tall order.

Ultimately, the Taliban victory may have ended the long war, but also pushed Afghanistan to a new era of uncertainty. There are no easy solutions to these complex challenges, which will impact Afghans for years to come, especially those who may not be able to escape it all as Ghani, or the subject of his mockery, Amanullah Khan, did.