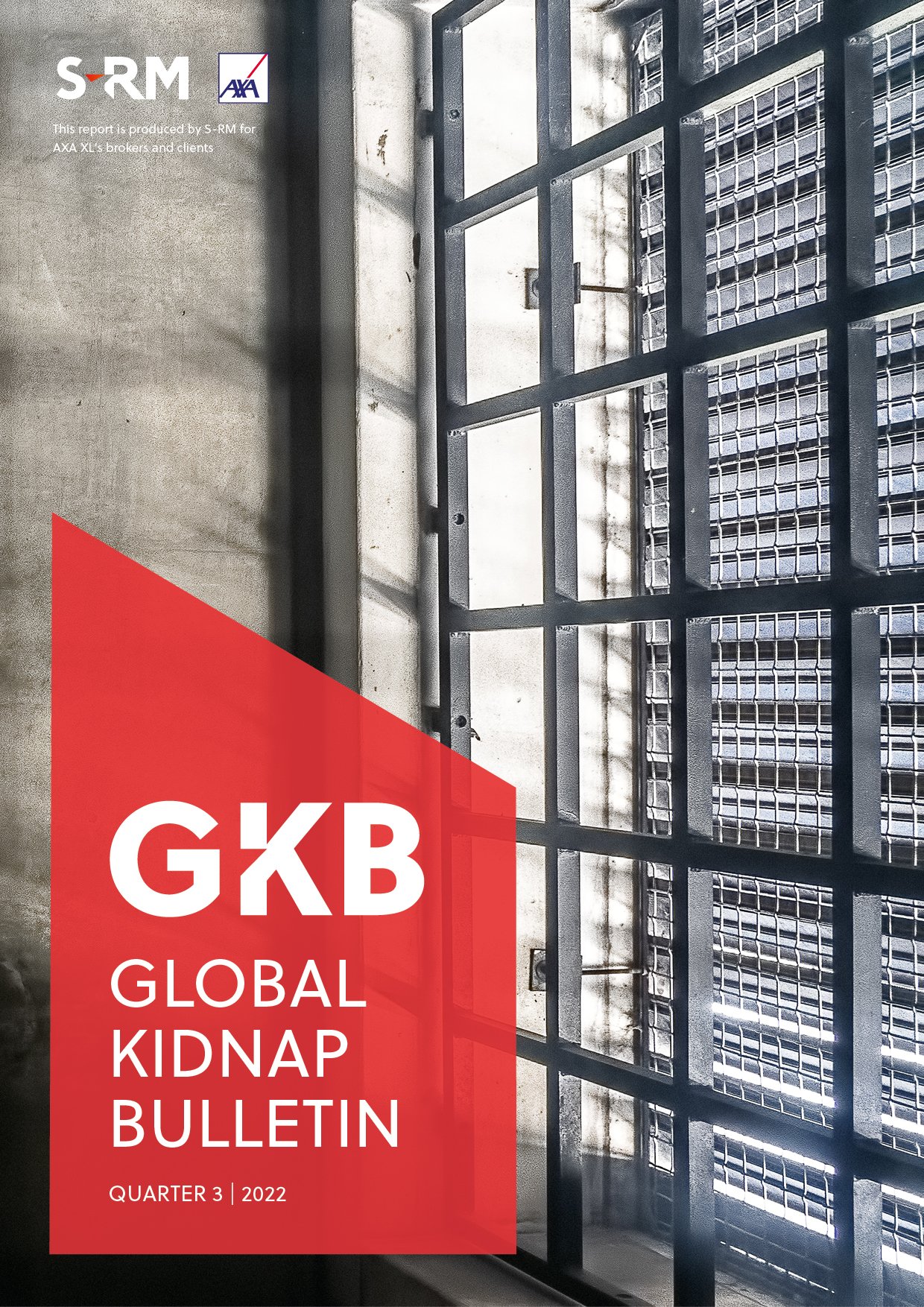 Declining kidnapping reports over the past decade seem to contradict the media perception that abductions are skyrocketing in Mexico. Erin Drake considers the possible explanations for this, and the role state and security officials play in facilitating a culture of impunity that masks a much more pervasive crisis than official government data suggests.

In 2014, 43 teaching students were kidnapped in Iguala, Guerrero. Following years of inconclusive investigations and suspected collusion between local police and cartels, on 19 August 2022, the Commission for Truth and Access to Justice – set up by the government to deal with human rights concerns - published a report confirming the abductions were a ‘crime of the state.’ Authorities subsequently arrested Jesús Murillo Karam, attorney general under former president Enrique Peña Nieto, on charges of torture, enforced disappearances, and obstruction of justice. According to the report findings, the case was plagued with internal cover-ups, false arrests and evidence-tampering involving police, the armed forces, government officials and Guerreros Unidos, a drug-trafficking cartel. The remains of only three students have so far been identified.

Available data paints a somewhat unreliable picture of the threat environment in Mexico. As seen in Figure 1, government data falls short of the number of incidents captured by non-government bodies, though both datasets show an overall decline (even when accounting for pandemic-related lockdowns in 2020 and 2021). While this likely reflects ongoing anti-corruption reforms and efforts to bolster security forces under President Manuel López Obrador since 2018, there is a mismatch between the data and media reporting. This skewed picture is likely the result of severe underreporting of cases, and widespread distrust in local police and the judicial system. In fact, the media frequently emphasises the threat of rampant kidnappings in Mexico, prompting the US State Department to issue a travel advisory providing further information on kidnapping in Mexico in August this year. 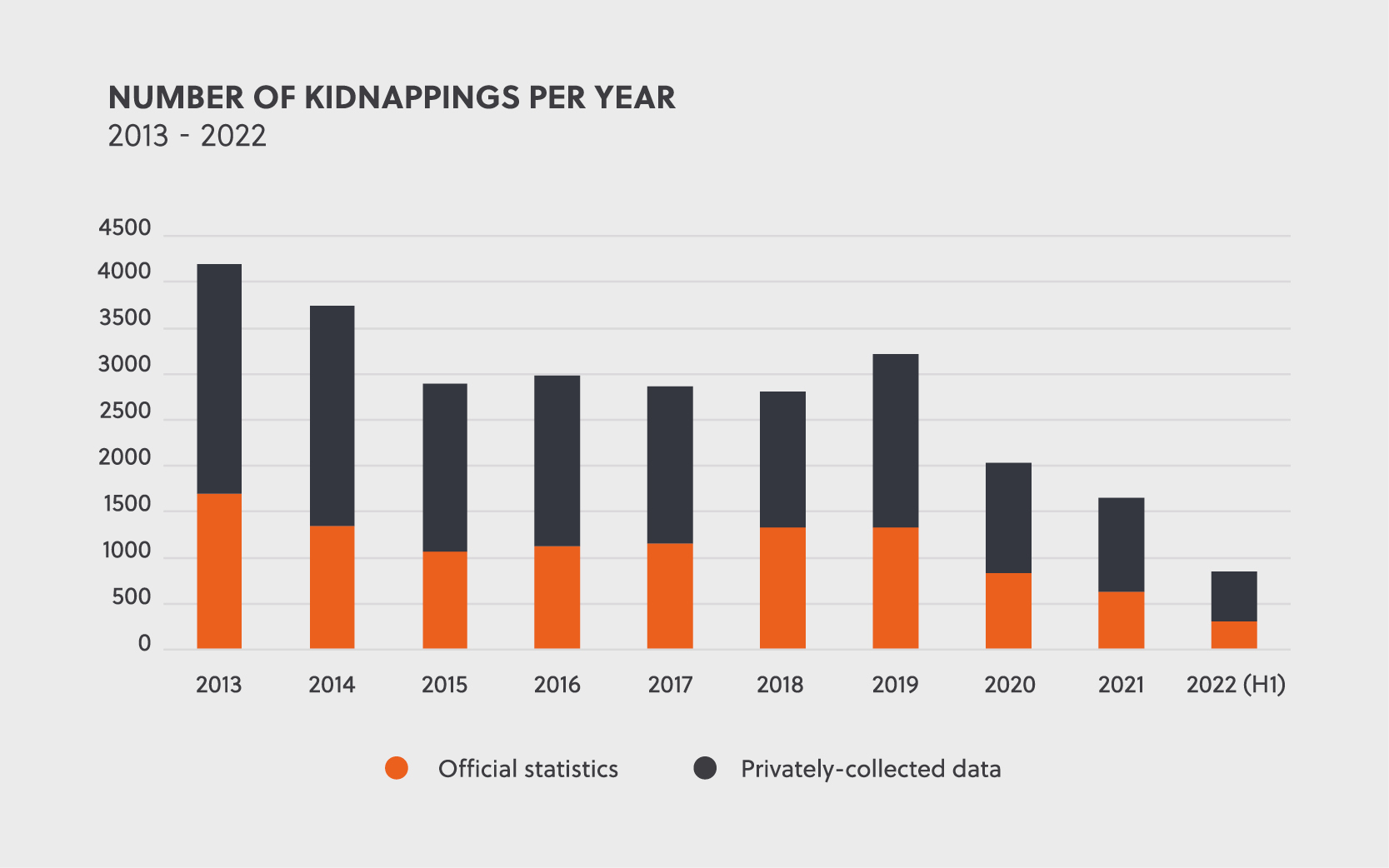 In light of this distrust in the authorities, Jesús Murillo Karam’s arrest was surprising. Public perceptions around the government’s ability and will to investigate high-level corruption and address impunity among various branches of government, including the judiciary and security establishments, are generally pessimistic.

Institutional weakness has contributed to a seemingly untouchable network of organised crime, with cartels and corrupt public officials functioning almost symbiotically. And, the Iguala case shows the extent of such collusion; Tomás Zerón, former head of Mexico's Criminal Investigation Agency – who stands accused of torturing witnesses – has since fled to Israel, while arrest warrants were recently issued for 20 military personnel and around 83 gang members in connection with the case. Meanwhile, former Iguala mayor José Luis Abarca and his wife fled the town just days after the kidnappings, although they were later arrested in Mexico City.

Hundreds of other publicised cases show how officials cover for cartels by tampering with or destroying evidence, while criminals leverage corrupt judges to reduce prison sentences for cartels. Police have also carried out kidnappings in partnership with, or independently of, cartels, in retaliation for victims reporting them for wrongdoing, or to intimidate witnesses.

Such actions are sometimes driven by direct threats of violence or extortion from cartels aimed at officers or their families. The promise of kickbacks – cartels frequently co-opt police with monthly ‘salaries’ of over MXN 20,000 (USD 1,000), while state salaries average around MXN 15,000 (USD 750) – can make being on the cartels’ payrolls more attractive. The chronically underfunded police force also offers little financial security for individuals looking to support families, and a high risk of danger for officers who resist organised crime.

Ultimately, the embedded nature of cartels within the government, state and security establishments suggests that while the number of reported kidnappings may have declined, this does not necessarily signal a significant improvement in the security environment. Deep-rooted corruption and cartel collusion will continue to frustrate kidnapping investigations. Even successful investigations and arrests must struggle through a corrupt court system in which judges have previously ruled based on cartel alliances, with others refusing to take on organised crime cases due to cartel killings. With little substantial progress in rolling back the steely grip of organised crime over the government and state institutions, kidnappings will remain a high threat in Mexico for the foreseeable future.