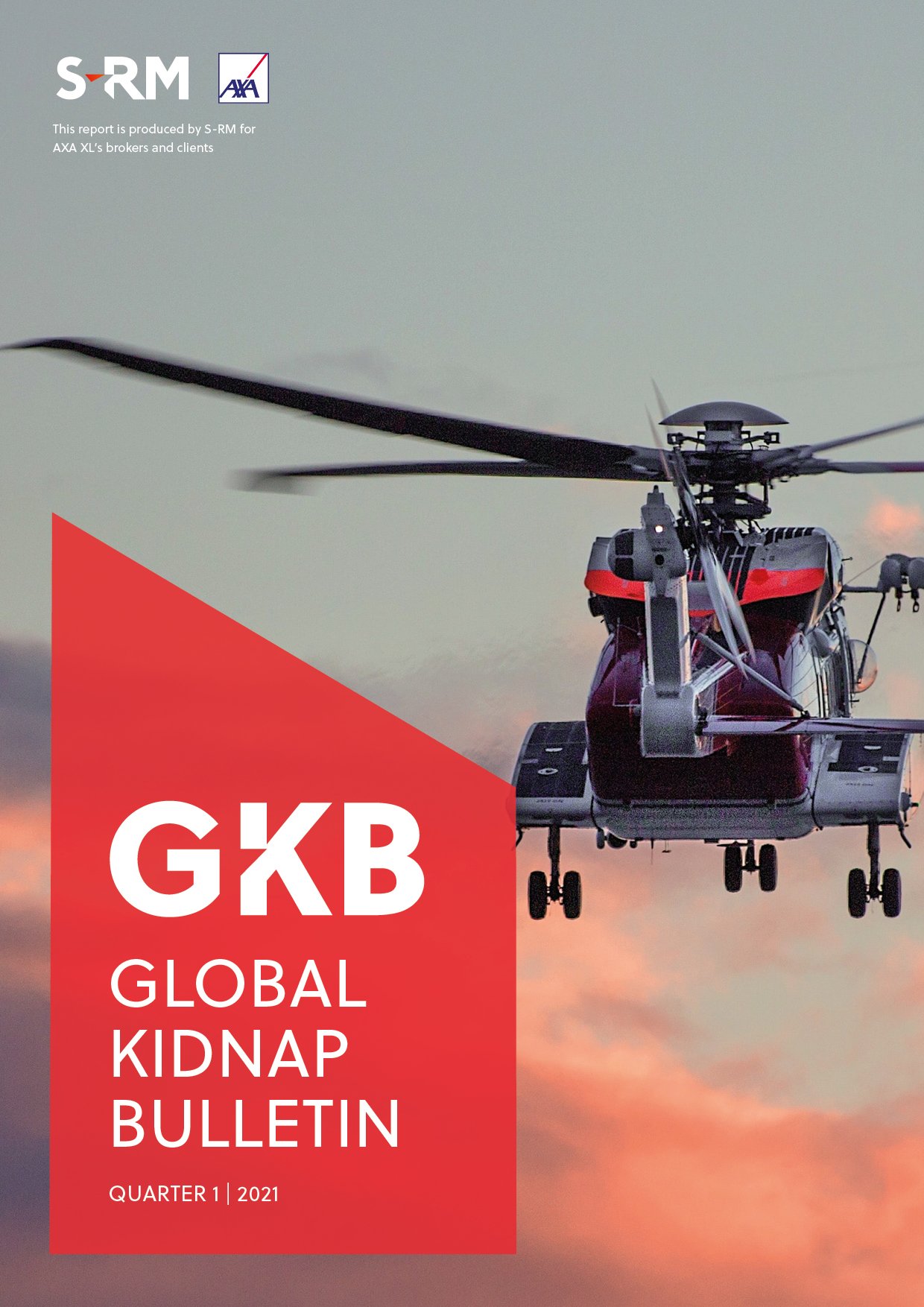 The withdrawal of the UN Stabilisation Mission in Haiti (MINUSTAH) in 2019, combined with former President Jovenel Moïse’s assassination in July 2021, has left a security vacuum which over 100 criminal gangs have sought to fill. The government’s lack of legitimacy, rampant corruption and weak, inefficient security forces have led to the proliferation of violent crime, with gangs dominating territory in the major slums of the capital, Port-au-Prince, and surrounding areas. There is little sign of the security situation improving. Instead, organised crime, underpinned by instability, is likely to worsen in the coming year. This presents a challenging situation for foreign aid workers, whose ability to safely operate is severely limited in areas most in need of assistance.

The worsening political and economic crisis in Haiti has created an opportune environment for gangs to consolidate their power and expand their influence, particularly in and around Port-au Prince. For example, in October 2021, the G9, led by former policeman Jimmy “Barbecue” Chérizier, took control of the Varreux fuel terminal, which provides 70 percent of Haiti’s fuel supplies. The blockade limited fuel availability and electricity supply, forcing hospitals, businesses and schools to reduce operations. The group demanded USD 50 million, as well as Prime Minister Ariel Henry’s resignation for his alleged role in Moïse’s assassination. Henry refused to acquiesce to the group’s demands, and the G9 lifted the fuel blockade the following month. However, the incident highlights the gang’s capabilities to challenge the government’s control over critical infrastructure and the economy, as well as the inability of Haitian security forces to prevent and address such incidents. Criminal groups like the 400 Mawozo gang brazenly and openly control neighbourhoods in the capital, and have raided police stations in the city for weapons. 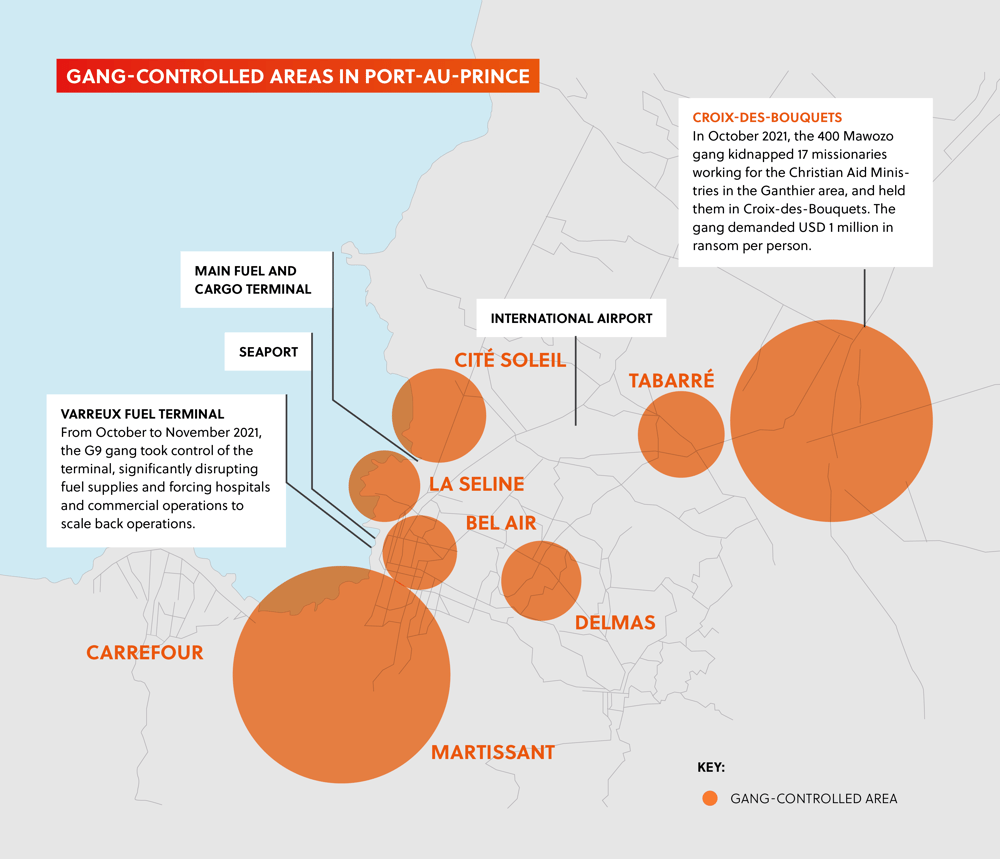 Haiti’s security services are typically under-resourced and vastly outnumbered by criminal groups. One of the consequences of the security apparatus’ chronic underfunding is that gangs are often in possession of more sophisticated weaponry, more motorcycles and more fuel than police, and there are certain parts of Haiti’s capital – like the Croix-des-Bouquets neighbourhood – that police don’t dare patrol. Security forces’ comparatively limited capabilities are exacerbated by high levels of corruption in the police force. For example, Cherizier was a former police officer before joining G9 and allegedly still has close ties to high-ranking politicians and senior police officials in Port-au-Prince. This has led to a situation where the security services are no longer feared by the gangs, allowing criminal groups to act with impunity and emboldening them to expand their areas of control.

Foreign nationals remain vulnerable to theft, extortion, murder and, most prominently, kidnapping. According to the Centre d'Analyse et de Recherche en Droits de l'Homme (CARDH), a human rights research organisation, kidnappings increased by 18 percent from 2020 to 2021, and in 2021, 55 of the victims were foreign nationals. Already in the first three months of 2022, CARDH reported that kidnappings have increased significantly (58.5 percent) compared to the same period last year, with incidents in March more than doubling. Although kidnapping victims in Haiti are mostly locals, Western nationals present high-value targets due to the higher ransom payments their employers and families are often willing and able to make. In Haiti’s deteriorating socio-economic situation, foreign nationals and aid workers will likely be increasingly targeted in the coming year due to their perceived wealth. Gangs have already demonstrated their intent and ability to stage kidnappings targeting large groups of foreigners, and the success of such acts – like the October 2021 kidnapping of 17 US and Canadian aid workers – will continue to encourage gangs.

Although kidnapping incidents occur less regularly in the southern and western regions, where aid groups have largely focused their efforts to support communities affected by the August 2021 earthquake and Tropical Storm Grace, they nevertheless face an increasingly hostile operating environment. The G9 gang controls most of the Route Nationale 2 (RN2) linking these regions to the capital and the Port-au-Prince International Airport, and the gang regularly hijacks freight trucks along the highway to steal resources. Such incidents pose a significant threat to aid workers using the route to access the capital and transport supplies to impacted areas. Security services offer little protection in this regard, and foreign travellers will be increasingly vulnerable while transiting along major highways.

THE ROCKY ROAD AHEAD

Haiti’s worsening security situation and deepening political and economic crisis show little signs of letting up. Humanitarian efforts are vital to Haiti’s recovery efforts, particularly after the recent natural disasters, although insecurity has already prompted some foreign agencies to suspend operations. Médecins Sans Frontières (MSF) shut down its hospital in Martissant, Port-au-Prince, due to escalating violence in August 2021. While the government remains hampered by infighting and a lack of legitimacy, it will continue to prioritise such affairs over addressing the worsening organised crime situation. Gangs will continue to take advantage of this, driving the deterioration of Haiti’s security environment and making the operating environment significantly more dangerous for aid workers. 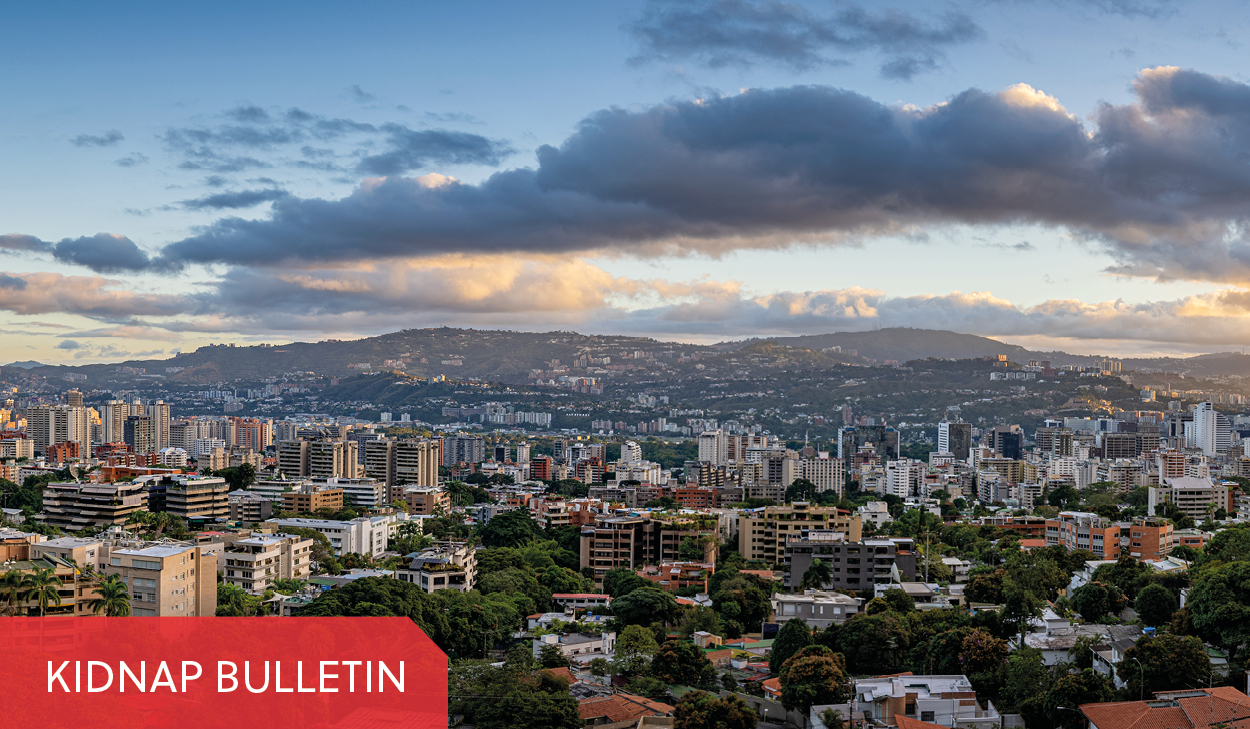