On 10 August, the Enforcement Directorate (ED), India’s enforcement agency for economic crimes, arrested two executives at Popular Finance Pvt Ltd, a non-banking finance firm that offered gold loans (high-interest loans secured against deposited gold ornaments), in connection with an alleged financial fraud. Around 1,600 depositors, many of whom were elderly, reportedly lost as much as INR 20 billion (USD 269 million) invested with the firm. Popular Finance collapsed in late August 2020 after the unravelling of what authorities believe was an elaborate ponzi scheme involving shell companies and the siphoning of funds to Australia. Having been arrested by the ED, Thomas Daniel and his daughter Rinu Mariam, respectively Popular Finance’s managing director and CEO, are set to stand trial in India for money laundering offences.

On 12 August, after an 11-month trial, former K-pop star Lee Seung-hyun (alias Seungri) was sentenced to three years in prison and fined almost USD 1 million after being found guilty of nine crimes, including tax evasion, embezzlement, and procuring prostitutes. The charges relate to Seungri’s management of several nightclubs in the Gangnam district of Seoul, during which time he was found to have conspired with his business partner, Yoo In-Seok, to procure prostitutes for foreign businesspersons. Seungri was first suspected of wrongdoing in 2019 after news broke about allegations of assault, rape, prostitution, and bribing of police at one of the nightclubs, Burning Sun, where Seungri was an investor and director of publicity. The scandal reportedly led to the arrest of hundreds of individuals, mostly for drug-related offences.

On 6 August, Michael Calvey, a US investor and founder of Baring Vostok Capital Partners (BVCP), one of Russia’s largest investment funds, received a suspended five-and-a-half year sentence for embezzlement. According to the Russian authorities, Calvey embezzled USD 38 million from Vostochny Bank (Vostochny), a Russian bank partially owned by BVCP. Calvey has denied all charges and claimed that they were a result of a dispute with Vostochny’s minority shareholders, who are allegedly connected to Russia’s security services. Russia commentators have noted the increased imposition of suspended sentences and interpreted these as a means to intimidate citizens and prevent public unrest. Western media has interpreted Calvey’s conviction as emblematic of the risks posed to foreign investors in Russia.

RUSSIA: US AND UK SANCTION FSB OPERATIVES LINKED TO POISONING OF OPPOSITION POLITICIAN

On 20 August, the US and UK governments imposed sanctions on nine operatives of the Russian Federal Security Service (FSB) and two Russian entities on the one-year anniversary of the poisoning of Russian opposition politician Alexei Navalny. Navalny was poisoned last year with what chemical weapons experts concluded was ‘Novichok’, a Russia-manufactured military nerve agent. Upon returning to Russia in January 2021, he was subsequently arrested on charges that he claims were politically motivated. The latest US and UK sanctions target persons believed to have been involved in the assassination attempt and in Russia’s chemical weapons program. The Russian foreign ministry’s spokesperson Maria Zakharova has criticised the new sanctions as “illegitimate” since they have not been approved by the UN Security Council, and the Russian government has continued to deny allegations that Navalny was poisoned with Novichok.

On 26 August, a Moscow court imposed fines totalling RUB 32 million (USD 433,000) on Facebook and Twitter for violating Russian data storage legislation. Western online services companies have regularly been fined for such violations since the introduction in 2015 of data localisation legislation that requires them to store their Russian users’ data on servers located in Russia. LinkedIn was banned altogether in 2016 for failing to comply with the data storage laws, while Google, Apple, and TikTok have been fined for falling foul of legislation requiring them to remove prohibited content, including social media posts publicising upcoming protests. The fines represent the Russian state’s continuous efforts to establish its control over the country’s internet sphere and limit anti-government protests.

US: SEC FILES CHARGES AGAINST SPAC FOR INADEQUATE DUE DILIGENCE, AND SHAREHOLDERS FILE CLASS ACTION LAWSUIT

On 4 August, shareholders in Stable Road Acquisition Corp., a publicly listed special purpose acquisition company (SPAC), filed a class action lawsuit against the SPAC in a US District Court in California. The investors seek to recover damages after Stable Road’s share price fell 10 percent in response to the US Securities and Exchange Commission filing charges against the SPAC and its CEO, merger target, and sponsor in July 2021. The SEC found that Stable Road had failed to conduct adequate due diligence on Momentus Inc., a space company it had planned on acquiring via merger, and that the SPAC had merely repeated “misleading claims” made by Momentus about the viability of its product and the national security status of its founder, Russian entrepreneur Mikhail Kokorich. The SEC’s actions highlight the regulator’s commitment to enforcing strict due diligence standards against SPACs.

On 13 August, the US Treasury sanctioned Omani businessman Mahmood Rashid Al-Habsi, as well as four companies and a Liberia-flagged oil tanker associated with him, for supporting the Iranian Islamic Revolutionary Guard Corps (IRGC), which is subject to US sanctions. They had reportedly operated an international oil smuggling network that exported tens of millions of dollars’ worth of oil to clients in East Asia on behalf of the IRGC. Al-Habsi reportedly tampered with ships’ automatic identification systems, forged shipping documents, and paid bribes to facilitate his activities. The IRGC has been subject to a US terrorism designation and sanctions since 2019 for supporting terrorist groups. This is the first time the US has sanctioned an Omani national for fronting for the IRGC, and is indicative of its readiness to impose secondary sanctions on persons facilitating sanction breaches.

On 17 August, the US Treasury froze around USD 9.5 billion in US-based Afghan Central Bank reserves in response to the Taliban taking effective control of Kabul and most of Afghanistan on 15 August. Shortly afterwards, the IMF and the World Bank followed suit by suspending Afghanistan’s access to their respective financial resources, leaving the EU and G7 member states to consider whether to impose further sanctions on the Taliban. As the Taliban have typically raised funds through taxation and extortion of all economic activity within their area of control, it is increasingly likely that sanctions will be extended to sectors of the Afghan economy not previously under government control.

On 22 August, Dubai Courts announced the establishment of a specialised court focussed on combatting money laundering in the UAE. The new court will sit within Dubai’s Court of First Instance and Court of Appeal, and is created under the UAE’s national strategy for combatting financial crimes. The court’s establishment is accompanied by a new set of procedures and tools for the Executive Office of the Anti-Money Laundering & Countering the Financing of Terrorism (the Executive Office), which was established by Sheikh Mohammed bin Rashid al Maktoum, the ruler of Dubai, in February 2021. The Executive Office’s new tools include a unit for reporting suspicious banking transactions, a unified electronic platform for customs, and a program that restricts the movement and transfer of funds, gemstones and precious metals before and after their arrival into the UAE.

On 23 August, hearings began in the trial of Ndambi Guebuza, the son of former Mozambican president Armando Guebuza (2005-2015), and 18 others allegedly involved in the so-called ‘hidden debt’ corruption scandal of 2013. The corruption scheme involved the Mozambican government secretly guaranteeing loans totalling USD 2.2 billion that had been taken out by state companies and ultimately benefited “a vast enterprise of corruption”. News of the scandal cut off Mozambique from international aid and caused a sovereign debt crisis. The 19 defendants face charges of blackmail, embezzlement, and money laundering. Related proceedings are ongoing in South Africa over whether to extradite former Mozambican finance minister Manuel Chang to Mozambique. Chang is implicated in the scandal as a recipient of bribe payments, and is also the subject of a competing arrest warrant issued by the US authorities in 2018 in relation to the allegations.

On 27 August, an Austrian court sentenced former vice-chancellor Heinz-Christian Strache (2017-2019) to 15 months’ probation on charges of bribe-taking. The court found that, in 2016 and 2017, Strache had accepted holidays and EUR 12,000 in donations to his right-wing FPÖ party from the owner of a Viennese private clinic, which subsequently obtained access to state healthcare funds when Strache was in office. Since resigning in May 2019 after the so-called ‘Ibiza-Affäre’ broke, Strache has been subject to various criminal investigations. These have in turn sparked several unrelated corruption concerns and investigations, including the one that led to his conviction. They have also revealed that various large Austrian industrial groups have made covert high-value donations to the FPÖ and its affiliated organisations over the years. 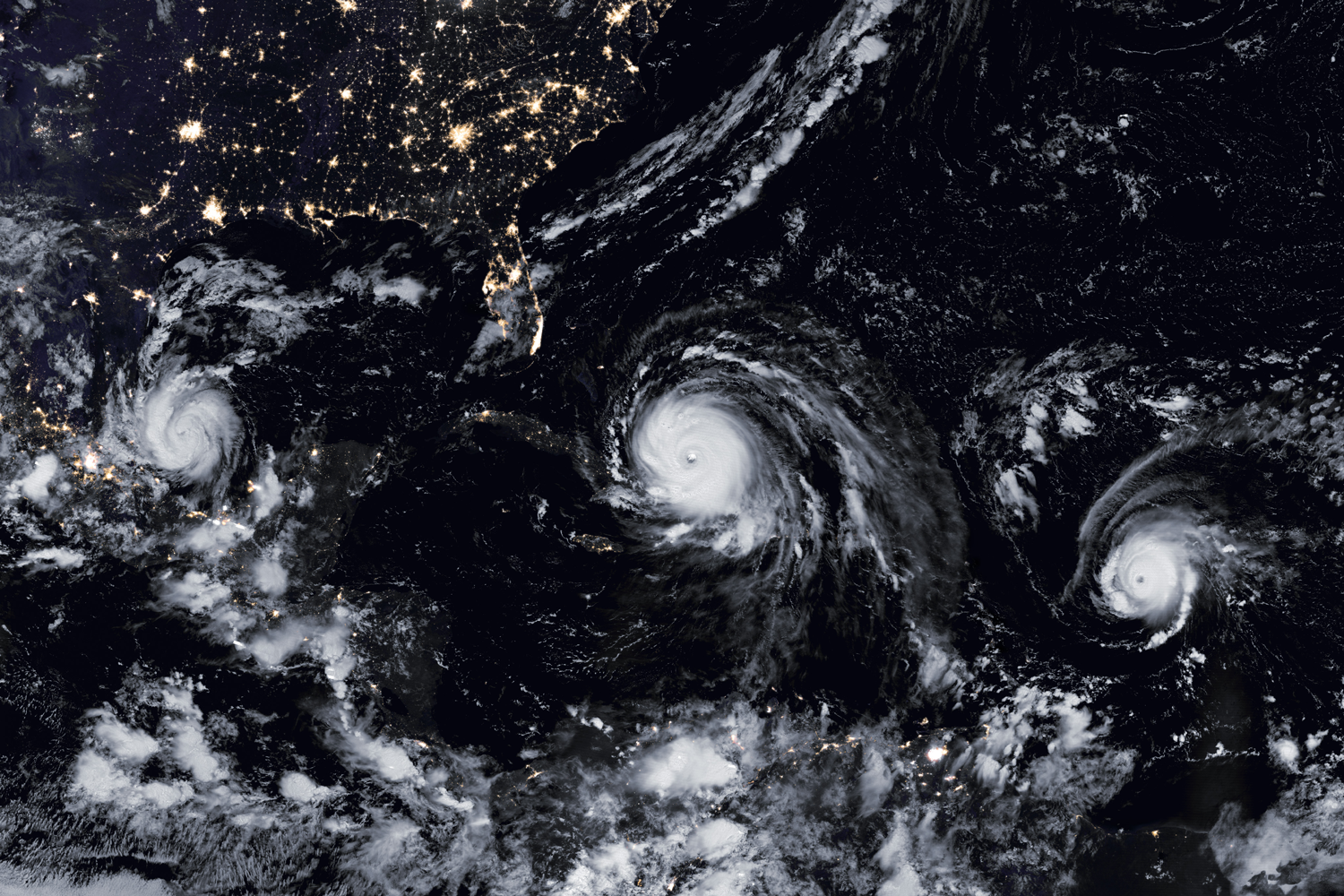