Peru: Candidate arrested on money laundering charges makes it to second round of presidential election

On 11 April, Keiko Fujimori, a politician under investigation for leading a criminal organisation within Fuerza Popular (her right-wing political party), secured sufficient votes in the first round of Peru’s presidential election to qualify for the run-off on 28 July. As part of the investigation, Keiko was arrested in October 2018 on money laundering charges after her 2011 and 2016 presidential campaigns allegedly received “irregular donations” from Brazilian construction company Odebrecht. She was released on bail in May 2020. Keiko is the daughter of former Peruvian president Alberto Fujimori (1990-2000), who is currently in prison for human rights abuses and embezzlement. Keiko will compete against Pedro Castillo, a union leader representing left-wing Perú Libre, in the presidential second round.

On 12 April, Panama’s Prosecutor’s Office requested that 50 individuals and one legal entity be tried on money laundering and corruption charges related to the Odebrecht investigation. Launched in 2016, the investigation looked into the alleged payment of bribes by Brazilian construction company Odebrecht to Panamanian officials in return for state contracts, as well as money laundering and organised crime. Panama’s Odebrecht investigation resulted in more than 100 indictments and was closed in October 2020. Among those potentially facing trial are two sons of former president Ricardo Martinelli (2009-2014) and three former government officials. Former presidents Martinelli and Juan Carlos Varela (2014-2019), previously charged with money laundering and corruption charges, are not among the possible defendants.

On 11 April, Korean media reported that South Korea’s financial regulator had begun an investigation into allegations that senior executives at Hyundai Motor Company, the country’s largest car manufacturer, had traded in shares using insider information about the company’s discussions with Apple to cooperate on an autonomous electric car. Hyundai Motor’s share price rose by over 20 percent on news of the discussions in January, but subsequently fell 6.2 percent when the company announced that it was no longer in talks on 8 February. Before the February announcement, 12 Hyundai executives sold shares reportedly worth about USD 753,000. The investigation is reportedly expected to last six months. Hyundai Motor has thus far declined to comment.

As violence escalated following the military coup in Myanmar on 1 February, the US, EU, and UK have imposed additional sanctions on individuals and entities linked to the Burmese military (or Tatmadaw), with increased focused on Tatmadaw funding sources. On 21 April, the US sanctioned Myanma Timber Enterprise and Myanmar Pearl Enterprise, large state-owned timber and pearl trading companies. The US had previously designated gem company Myanma Gems Enterprise and the two large military conglomerates Myanmar Economic Corporation (MEC) and Myanmar Economic Holdings Limited (MEH). The EU has thus far focused on the coup’s military leaders, and also followed the US and UK in sanctioning MEC and MEH on 19 April. In the absence of support from China – Myanmar's largest trading partner and the reported blocker of UN Security Council criticism in February – regional analysts are sceptical that the western sanctions will exert sufficient pressure on the military government.

On 24 April, the Central Bureau of Investigation (CBI), India’s apex investigative agency, filed a first information report – the initial step in criminal proceedings – against former Maharashtra home affairs minister Anil Deshmukh in connection with alleged corruption. Deshmukh resigned as minister on 5 April after Bombay High Court ordered the CBI to probe allegations made by former Mumbai police commissioner Param Bir Singh. Singh had accused Deshmukh of ordering police to collect USD 13.3 million per month on his behalf from Mumbai’s bars and restaurants. Deshmukh denies the claims, countering that Singh is seeking to shield himself from ties to the alleged murder of Mansukh Hiren, the reported owner of an explosives-laden vehicle found near the home of India’s richest man, Mukesh Ambani, on 25 February. Notably, the police officer suspected of Hiren’s murder, Sachin Waze, is the same officer as Singh alleges received corrupt orders from Deshmukh.

On 15 April, US president Joe Biden announced the first expansion of sanctions against Russia under his presidency. The sanctions target 38 individuals and entities accused of various “harmful foreign activities”, including election interference, cyber-attacks, and human rights abuses in the annexed Crimean peninsula. As part of the new measures, the US Treasury also expanded existing sanctions on Russian sovereign debt by prohibiting US financial institutions from purchasing newly-issued, rouble-denominated sovereign bonds in the primary market. Both international fund managers and Russian economists have largely downplayed the impact of the new sanctions in this area, describing them as a “mild” escalation seeing as the US has thus far declined to target the secondary market of Russian sovereign bonds. Russian president Vladimir Putin promised an “asymmetric” and “tough” response from Russia to the new US sanctions in his annual state of the nation address on 21 April.

Mauritian companies have until 30 June 2021 to comply with new tax regulations aimed at curbing the country’s “letterbox company” culture. The new regulations, contained in the Finance Act 2018, require all companies to prove substantial business activities in the country to benefit from tax exemptions extended to resident companies. To be considered resident, companies must demonstrate their main business activities are based in Mauritius and a certain proportion of their budget is spent in the country. Mauritius has embarked on various tax reforms since 2018, amid pressure from the EU and OECD. The US Treasury also recently proposed that the G20 adopt a minimum global corporate tax which, if adopted, would impact low-tax jurisdictions like Mauritius. The new Mauritian regulations place an additional administrative burden on Mauritius-incorporated trust and holding companies seeking to benefit from tax exemptions, and may dampen enthusiasm for Mauritius as a preferred offshore jurisdiction.

On 16 March, the UK Financial Conduct Authority (FCA) announced that it had launched criminal proceedings against National Westminster Bank Plc (NatWest) for alleged failures in its anti-money laundering controls. NatWest allegedly failed to properly scrutinise and monitor deposits totalling GBP 365 million – of which GBP 264 million were made in cash – by a corporate client between 2011 and 2016. The client in question is believed to be now-closed British jeweller and gold trader Fowler Oldfield, which has itself been the subject of criminal proceedings and described as being at the centre of a large-scale money laundering business. This is the first time the FCA has brought proceedings against a bank under the Money Laundering Regulations 2007. The initial hearing was due to take place on 14 April at Westminster Magistrates’ Court, but has been adjourned to 26 May.

On 13 April, Kuwait’s ministerial court ordered the detention of Jaber Al Mubarak Al Sabah, the country’s prime minister between 2011 and 2019. Al Sabah faces corruption charges for allegedly mishandling military funds during his tenure as minister of defence between 2006 and 2011. The allegations against him originated in November 2018 when Kuwait’s minister of defence at the time claimed that, during Al Sabah’s term, “violations and suspected crimes” in excess of USD 768 million had occurred in Kuwait’s Army Fund, a public body that funds the country’s military. Al Sabah has been placed under pre-trial detention and Kuwaiti courts have imposed a gag order on the proceedings.

On 29 April, French foreign minister Jean-Yves Le Drian announced the imposition of entry restrictions as a form of sanctions on a number of unnamed Lebanese officials. These individuals have been targeted for their involvement in corruption and for hindering efforts to alleviate the country’s political and economic crisis that was exacerbated by a major explosion at Beirut’s port in August 2020. The French sanctions followed reporting by Reuters on 2 April that the UK’s organised crime agency, the National Crime Agency, was considering opening an investigation into assets held by Riad Salameh, governor of Lebanon’s Central Bank since 1993. Salameh has been accused by a consortium of London-based lawyers of corruption and money laundering, and has been the subject of a money laundering probe by Swiss authorities since January 2021. 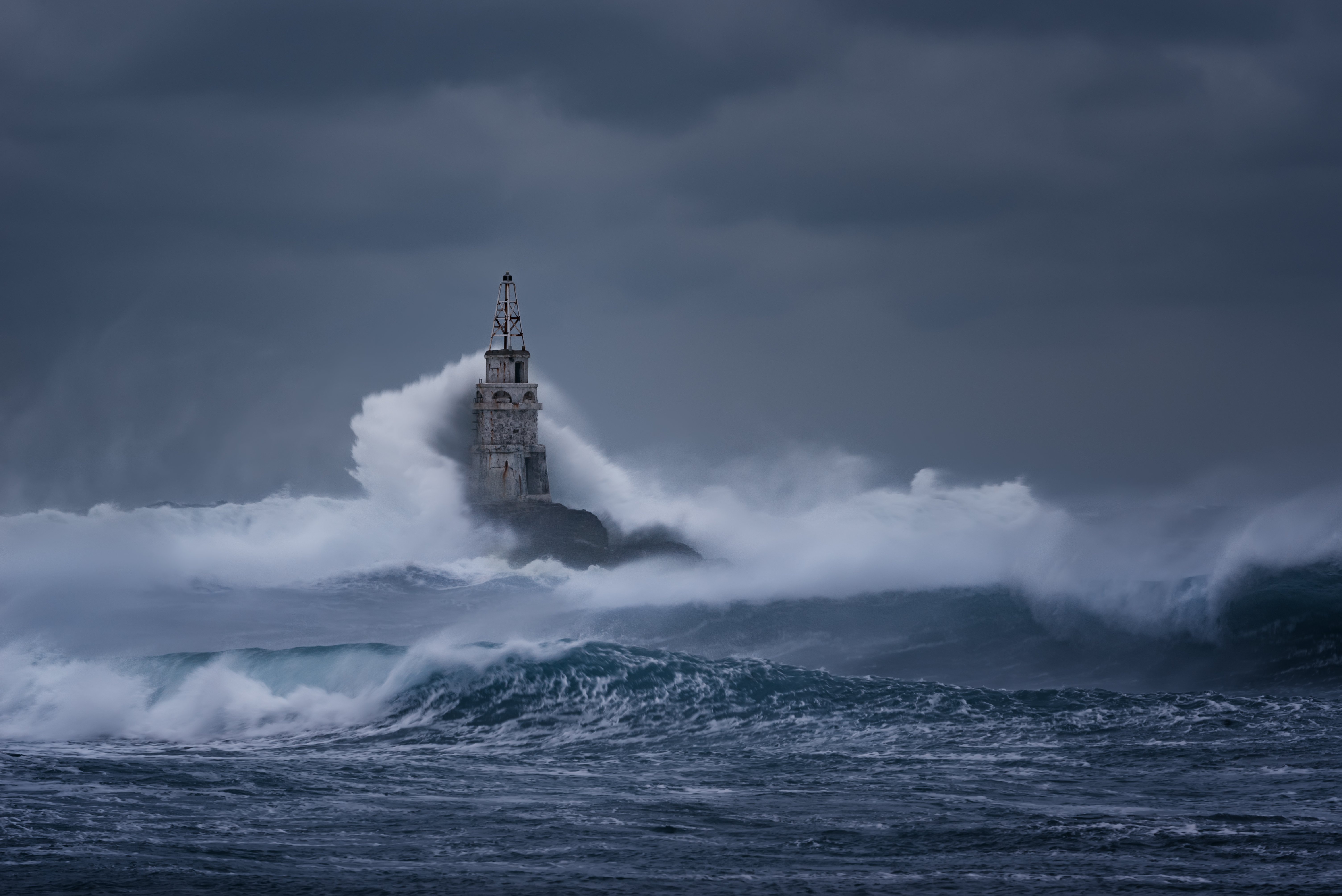