On 18 February, Kyrgyz authorities arrested Raimbek Matraimov, the former deputy chairman of the country’s customs service, as part of a new money laundering investigation. He will now spend at least two months in pre-trial detention. Matraimov had previously been arrested in October 2020 on suspicion of embezzling hundreds of millions of dollars from the Kyrgyz state and was ordered to pay USD 24 million. During the trial relating to this first case, on 11 February, Matraimov pleaded guilty to orchestrating numerous corruption schemes and was fined USD 3,000, a sum that reportedly takes into account his earlier payment of USD 24 million. Matraimov was also sanctioned by the US government in December 2020 for his involvement in large-scale corruption in Kyrgyzstan.

On 19 February, Ukrainian president Volodymyr Zelensky signed a decree enacting the decision of the National Security and Defence Council of Ukraine (NSDC) to impose sanctions on 19 entities and eight individuals allegedly involved in ‘terrorist financing’ against the Ukrainian state. Those sanctioned included Viktor Medvedchuk, a Ukrainian MP and leader of the pro-Russia Ukrainian political party, Opposition Platform – For Life. The NSDC’s decision was reportedly based on intelligence provided by the Security Service of Ukraine (SBU) that Medvedchuk was involved in smuggling coal and other natural resources to and from separatist-controlled regions in eastern Ukraine. The Ukrainian sanctions freeze Medvedchuk’s assets in Ukraine and prohibit him from investing abroad. Medvedchuk has also been subject to US blocking sanctions since 2014 for providing material support to Russia’s annexation of Crimea, and is known to maintain close ties to Russian president Vladimir Putin, who is the godfather of Medvedchuk’s daughter.

On 3 February, the Brazilian Federal Prosecutor’s Office (MPF) announced it had disbanded the task force set up for Operação Lava Jato (Operation Car Wash), a far-reaching anti-corruption probe. Members of the task force will transfer to the MPF’s organised crime unit, where they will reportedly continue their work. In recent years, leaked audio and text exchanges between prosecutors and judges have raised concerns over whether the investigators have overstepped their authority, colluding with judges to secure prosecutions and convictions. Operation Car Wash, which began in 2014, is reportedly responsible for 295 arrests, 278 convictions, and the restitution of BRL 4.3 billion (USD 803 million) in ill-gotten gains to the Brazilian state.

On 5 February, US prosecutors announced that they were investigating Honduran president Juan Orlando Hernandez and other high-ranking officials for allegedly accepting millions of dollars in bribes from drug traffickers and promising to shield them from law enforcement and extradition to the US. Hernandez had already been investigated by the US Drug Enforcement Agency (DEA) for drug trafficking and money laundering in 2013. Hernandez’s brother, Tony Hernandez, was convicted on drug trafficking charges in 2019. The current investigation into Hernandez threatens the Biden administration’s planned investment in Central America and Honduras in particular, which is designed to address the root causes of mass migration to the US.

On 22 February, the Colombian public prosecutor’s office filed corruption charges against 12 individuals, including Roberto Prieto, the former manager of the 2014 presidential campaign of Juan Manuel Santos, Colombia’s president between 2010 and 2018. Prieto is charged with corruption and money laundering for allegedly accepting USD 251,000 in bribes from Odebrecht, the Brazilian construction conglomerate. He has been in jail since 2018, when he was sentenced to four years in prison on unrelated fraud and influence peddling charges.

On 11 February, Austrian anti-corruption prosecutors (WKStA) searched the home of Gernot Blümel, Austria’s finance minister, as part of an ongoing investigation into corruption allegations against senior government figures. Prosecutors suspect Blümel of having helped Novomatic, an Austrian gambling company, resolve a tax problem in Italy in 2017 in exchange for donations to the ÖVP, his political party. Blümel has denied the accusations, and Austrian chancellor Sebastian Kurz has criticised the WKStA’s investigative methods. The probe against Blümel follows the 2019 Ibiza-Affäre scandal in which a video recorded in 2017 showed Heinz-Christian Strache, Austria’s opposition leader at the time, agreeing to help a Russian businesswoman obtain lucrative public contracts in return for donations to his political party, the FPÖ, in the run-up to the 2017 Austrian elections. The Ibiza-Affäre caused the collapse of the FPÖ-ÖVP coalition in 2019, and a conviction against Blümel would significantly weaken Kurz’s current coalition government.

On 5 February, the Central Bank of Nigeria (CBN) ordered banks and other financial institutions to suspend services to cryptocurrency exchanges, further mandating the immediate closure of accounts belonging to individuals or entities engaged in cryptocurrency trading. The CBN argued that “cryptocurrencies are largely speculative, anonymous and untraceable”, and raised concerns that these currencies are being used to launder funds and finance terrorism. Following this directive, Nigerian cryptocurrency users will need to engage in peer-to-peer trading or use foreign currencies. By some estimates Nigeria is the world’s second-largest Bitcoin market after the US, with Nigerians estimated to have traded over USD 500 million in Bitcoin in the last five years. Despite the volatility associated with cryptocurrency markets, digital currencies like Bitcoin have provided Nigerian investors with a hedge against high inflation, capital controls, and a depreciating local currency.

On 12 February, the UK Supreme Court ruled that Nigerian communities can file lawsuits against Royal Dutch Shell in the UK for environmental damage caused by Shell’s repeated oil spills in the Niger Delta over the last 50 years. The UK judgment followed a 29 January decision by the Hague Court of Appeal which found Shell Nigeria liable for environmental damage caused by pipeline leaks in the Niger Delta over 13 years ago. The Dutch court further ordered both Shell Nigeria and Shell to implement improved warning systems. Both cases set a precedent for holding multinationals to account in their home countries over environmental violations, and duty of care breaches by subsidiaries abroad. Shell is engaged in several other legal disputes relating to its operations in Nigeria, and has been gradually withdrawing from its onshore oil assets in the Niger Delta.

On 26 February, the French transport, energy, and logistics conglomerate Bolloré agreed to pay a EUR 12 million fine to settle corruption charges linked to its operations in Togo between 2009 and 2011. The group also agreed to cover the costs of a two-year programme to align its practices with the French anti-corruption agency’s rules. French authorities began probing the group in 2013 for undercharging the Togolese government for consultancy services in return for a contract to manage the port of Lomé. The French judge rejected a separate plea deal struck by the group’s chairman, Vincent Bolloré, and two other executives to drop criminal proceedings against them personally in exchange for a EUR 375,000 fine and an admission of guilt. The judge recommended the executives stand criminal trial, which is subject to a decision by an investigative magistrate.

On 9 February, the New South Wales government released the Bergin Report, an inquiry commissioned by the state’s gaming regulator into Crown Resorts, Australia’s largest gaming and entertainment group. The inquiry identified evidence of money laundering and potential links between the company’s junket operators and organised crime syndicates. In response, New South Wales’ gaming regulator deemed Crown Resorts unsuitable to hold a casino licence in the state. The regulator added that the company could be re-granted its licence in future if it undertook far-reaching reforms. The report’s findings reverberated across Australia, with Victoria’s government announcing that it would bring forward a review of Crown Resorts’ licence and establish a royal commission to look into its Melbourne casino. The royal commission is due to report its findings on 1 August.

On 17 February, Dhaka High Court ordered All the Prime Minister's Men, an investigative documentary released by Qatar-based broadcaster Al Jazeera on 1 February, be scrubbed from Bangladesh’s internet. The documentary alleges widespread corruption in Bangladesh’s army, primarily on the part of its chief of staff, General Aziz Ahmed. Aziz – with the tacit support of longstanding prime minister Sheikh Hasina – is accused of having abused his power to help three of his brothers escape justice after they were convicted of a politically-motivated murder in Dhaka in 1996. The documentary exposes covert recordings purportedly from one brother indicating that he is able to leverage Aziz’s influence in Bangladesh to extract bribes on military contracts and to orchestrate a kickback scheme selling positions in the police force. Denounced by Bangladeshi government bodies as "false and defamatory”, domestic media outlets have reportedly been largely silent on the documentary.

On 11 February, a Baghdad court sentenced Riad Al Gharib, Iraq’s former minister of municipalities and public works, to two years in prison for “wasting” USD 25 million allocated for construction projects in 2007. On 23 February, the Iraqi Commission of Integrity, an independent anti-corruption commission also known as Nazaha, issued arrest warrants against 28 officers in the Iraqi army in the governorate of Maysan, south Iraq, on separate charges of corruption and bribery. The sentence and arrests marked the continuation of Nazaha’s anti-corruption measures, which, in 2020, saw the arrest of 63 current and former government ministers on over 90 charges of corruption and the conviction of over 850 private individuals on corruption charges.

On 23 February, members of the Lebanese cabinet attracted widespread criticism for securing early access to the COVID-19 vaccine, thereby violating regulations. 16 cabinet ministers reportedly received the vaccine in the parliament building despite rules stating that all citizens have to register for vaccine assignment online and receive the jab in registered vaccine centres in order to keep the process fair and transparent. Whilst a parliamentary spokesperson claimed that all of the cabinet recipients were aged over 75 – the age group receiving the first batch of vaccines in Lebanon alongside medical workers – lists compiled by media outlets indicate that approximately half of them were under the required age. The ineligible recipients included Elie Farzli, deputy speaker of the Lebanese parliament, which has led to allegations of corruption. The World Bank threatened to suspend funding for Lebanon’s COVID-19 vaccination programme in response to the cabinet’s actions. 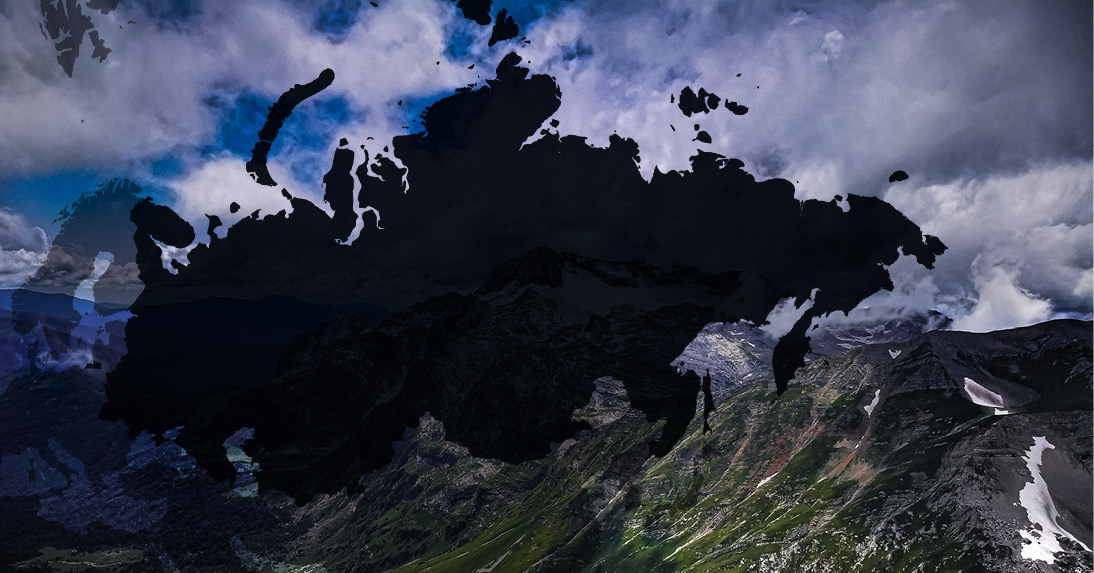