On 1 May, Kuwaiti media reported that eight judges, three lawyers, and six administrators in Kuwait’s appellate courts had been arrested and referred for trial on money laundering charges. The judges were also suspended from their positions at the Kuwaiti Supreme Judicial Council, the first judicial dismissal of its kind in Kuwait. Those arrested are accused of involvement in the reported money laundering network of Fouad Salehi, an Iranian national who was allegedly engaged in transferring the ownership of vehicles registered in his name to other individuals with the help of a corrupt Kuwaiti official, in addition to forging and altering registration documents for luxury vehicles.

On 3 May, Sherpa, a Paris-based anti-corruption NGO, announced that it had filed a legal complaint in Paris against Riad Salameh, the governor of Lebanon's Central Bank. The complaint reportedly includes allegations that Salameh, who is a French national, acquired his numerous properties in France and other high-value assets through corruption and related money laundering, having amassed a personal fortune that far exceeds his salary at the Banque du Liban (BdL). Salameh denied the allegations made in the complaint and explained that he acquired his French properties prior to becoming the governor of the BdL in 1993. This is the latest development in the ongoing international corruption scandal surrounding Salameh, who is also currently being investigated by Swiss federal prosecutors amid allegations that he embezzled over USD 330 million from an account at the BdL during his tenure at the institution.

On 12 May, Austrian Chancellor Sebastian Kurz disclosed that he is being investigated by the Austrian Prosecutor of Corporate Crime and Corruption in relation to allegations that he committed perjury when testifying before the parliamentary committee investigating the so-called Ibiza Affair and wider claims of nepotism. In June 2020, while under oath, Kurz denied that he had any influence in the appointment as head of Austria’s state holding company ÖBAG of Thomas Schmid – a personal friend of Kurz and a loyalist to Kurz’s ruling Austrian People’s Party (ÖVP). Lying under oath to MPs reportedly carries a possible prison sentence of three years. Kurz reportedly expects to be indicted.

On 21 May, French media reported that Banque Delubac & Cie, a private bank headquartered in the Ardèche region of southern France, was under investigation by the Parquet National Financier, the French financial crime prosecutor’s office. The investigation relates to Banque Delubac’s recurring appearance in various corruption and money laundering cases. These have included the French ‘Kazakhgate’ scandal, in which former president Nicolas Sarkozy is suspected of having intervened on behalf of a senior Kazakh business figure in return for a EUR 2 billion trade deal with Kazakhstan; interventions by high-ranking French officials to halt an inquiry, conducted by France’s national financial supervisory body, into Banque Delubac’s liquidity; and references to the bank in relation to a tax evasion and money laundering network reportedly managed by Prince Henri de Croÿ, a member of the Belgian nobility whose dealings have been under investigation in Belgium.

On 11 May, the Ukrainian Prosecutor General’s Office charged Viktor Medvedchuk, a pro-Russia Ukrainian businessman and MP who is known to maintain close ties to Russian president Vladimir Putin, with three counts of treason. The charges – which also extend to Taras Kozak, Medvedchuk’s close associate and fellow Ukrainian MP – relate to their alleged involvement in misappropriating natural resources from Crimea following its annexation by Russia in 2014; sharing state secrets regarding the Ukrainian military with the Russian intelligence services; and mobilising an “influence network” of Ukrainian labour migrants in Russia. According to the Security Service of Ukraine, Kozak is currently in Russia and is unlikely to return to Ukraine. A Kyiv court placed Medvedchuk under house arrest on 13 May and scheduled his trial for July 2021. If found guilty, Medvedchuk faces up to 15 years in prison.

On 14 May, Kyrgyz president Sadyr Japarov signed a law allowing the government to temporarily take over the Kumtor gold mine, which is operated and majority-owned by Centerra Gold, a Canadian mining company and Kyrgyzstan’s largest foreign investor. The new law is the latest escalation in a long-running dispute between Centerra Gold and the Kyrgyz state over how to share profits from the mine. The Kyrgyz parliament’s approval of the new law followed a Kyrgyz court ruling on 8 May to fine Centerra Gold USD 3.1 billion for environmental damage and allegations made by a Kyrgyz state commission that Centerra Gold’s Kyrgyz subsidiary owes over USD 1 billion in unpaid taxes. The Kyrgyz state seized control of the Kumtor gold mine on 18 May, which Centerra Gold described as “wrongful and illegal”. The Canadian company has filed an international arbitration suit to stop the potential nationalisation of the mine.

Mexico’s Attorney General’s Office has launched an investigation into the 3 May collapse of a metro line overpass in Mexico City that killed 26 people and injured dozens. The metro line, which had been built by a consortium that included Mexican magnate Carlos Slim’s Carso Infraestructura y Construcción, had long been subject to allegations of corruption, mismanagement, and structural weakness. Following the collapse, current Mexico City mayor Claudia Sheinbaum and Mexican Foreign Minister Marcelo Ebrard, who was mayor when the collapsed metro line was built, have faced increased criticism and scrutiny. Both Ebrard and Sheinbaum are members of President Andres Manuel Lopez Obrador’s political party. Regarding the investigation, President Lopez Obrador said that there will be “no impunity for anyone.”

EL SALVADOR: ALLIES OF SALVADORAN PRESIDENT INCLUDED ON US LIST OF CORRUPT OFFICIALS

Several prominent allies of Salvadoran President Nayib Bukele were reportedly included on a leaked list of Central American senior officials identified by the US State Department as having “engaged in significant acts of corruption” during their terms in office. A copy of the report naming the officials – which was sent to members of the US Congress on 17 May – was obtained by the media but has not been made public. The list of five allegedly corrupt Salvadoran officials includes President Bukele’s cabinet chief and a former minister; none of the Salvadoran officials have been indicted or sanctioned in the US. The emergence of the list will likely further exacerbate current tensions between the Biden administration and El Salvador stemming from Bukele’s removal of several Supreme Court judges and the Salvadoran attorney general.

On 19 May, the Brazilian Federal Police raided addresses connected to Ricardo Salles, Brazil’s environment minister, as part of an investigation into suspected corruption involving government employees and loggers. The investigation was based on information provided by the US government after illegal shipments of Brazilian timber were seized in Georgia, southern US. According to Alexandre de Moraes, the Brazilian Supreme Court justice who authorised the raids, the evidence uncovered during the investigation points to a scheme devised by Salles, ministry employees, and logging industry executives to facilitate illegal trade in forestry products. Evidence against Salles reportedly includes a USD 445,000 transaction flagged as suspicious by the national Financial Intelligence Unit of Brazil, and a statement he made during a recorded ministerial meeting that the efforts to fight the Covid-19 pandemic would provide a smokescreen for the relaxation of Brazilian environmental regulation.

On 17 May, international media outlets reported that Singaporean businessman Ng Yu Zhi will face at least 18 counts of cheating, fraudulent trading, and forgery, as more victims have come forward. Acting through his firms Envy Global Trading and Envy Asset Management, Ng stands accused of tricking investors into lending money to finance his purportedly legitimate nickel trading strategies, promising them an average return of 15 percent within three months. In reality, Singaporean prosecutors allege that Ng never placed any trades, but instead siphoned c. USD 226 million into his personal account. Ng was charged in March with defrauding investors of more than USD 750 million through non-existent nickel trades. While some investors were repaid during the course of the scheme’s operation from October 2017 to February 2021, c. USD 150 million remains unaccounted for, according to prosecutors. Ng is expected to return to court on 28 June.

On 19 May, Vu Huy Hoang (Hoang), Vietnam’s former Minister of Industry and Trade (2007-2016), appealed against his recent sentence for corruption. On 29 April, Hanoi People’s Court sentenced Hoang to 11-years’ imprisonment for various corrupt practices during his ministerial tenure, including the illegal transfer of state-owned lands in downtown Ho Chi Minh City to his own private company. Ho Thi Kim Thoa (Thoa), the former deputy Minister of Industry and Trade who was an alleged accomplice of Hoang, reportedly fled to Paris in 2018. She is currently wanted by the Vietnamese government, as well as Interpol, according to the BBC. Hoang and Thoa allegedly caused losses of more than USD 117 million to the national budget.

GHANA: GHANA TO BE REMOVED FROM EU’S HIGH-RISK THIRD COUNTRY LIST IN JUNE 2021

On 21 May, the Ghanaian president’s office announced that the European Commission would remove Ghana from its list of 12 high-risk third countries with strategic deficiencies in their anti-money laundering (AML) and terrorist financing (CFT) regulations. According to the EU, these 12 countries pose “significant threats” to the EU’s financial system. Based on its AML and CFT reforms since 2018, in June 2021, Ghana further expects to be removed from the high-risk jurisdiction and monitoring list of the Financial Action Task Force, a global money laundering and terrorist financing watchdog. Once Ghana is removed, three African countries will remain on the European Commission’s list of high-risk third countries, namely Botswana, Mauritius, and Zimbabwe. EU-based entities are required to apply “enhanced due diligence measures” on transactions involving these countries. 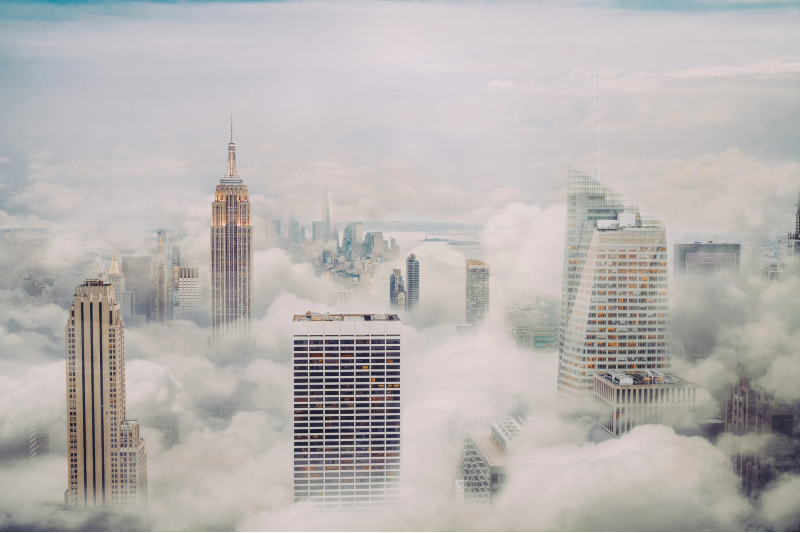