Red Flag is an integrity and risk news bulletin for our clients. With contributions from our international offices and regional desks, we cover financial crime, bribery and corruption, corporate governance, and data breaches as well as enforcement and regulatory news worldwide.

Key news in this bulletin:

On 2 May, US sanctions waivers which had allowed Japan, China, India, Turkey, South Korea, Taiwan, Italy and Greece to import Iranian oil expired. These countries had previously been granted a 180-day period to continue importing Iranian oil. The White House said the move was intended to bring Iran’s oil exports to zero, as a result of renewed tensions between the two countries following the US withdrawal from the 2015 Iran nuclear deal. US secretary of state Mike Pompeo added that the move was intended to “incentivise Iran to behave like a normal country.”

On 13 May, Facebook reported that its popular instant messaging service WhatsApp had been hacked, likely by a cyber intelligence firm. The Financial Times reported that the company involved was NSO Group, an Israeli outfit, and that a London-based human rights lawyer involved in litigation against the company had been among those targeted. WhatsApp encouraged its users to download the latest version of its software to secure themselves, and notified the US authorities. Three days later, Facebook announced that it had removed 265 Israel-linked false accounts from its Facebook and Instagram platforms — set up by a Tel Aviv-based lobbying firm — which allegedly sought to spread misleading information and influence political discourse during recent elections in Africa, Latin America and southeast Asia.

On 10 May, after nearly five months of inconclusive trade deal negotiations, the US raised tariffs from 10 to 25 percent against USD 200 billion worth of goods from the PRC. In retaliation, China announced that it would increase tariffs on about USD 60 billion worth of US goods in June. The US tariff hike was followed on 15 May by an executive order by President Trump putting the Chinese multinational technology company Huawei on a blacklist which bans US companies from trading with it without a US government licence. The blacklisting may have significant commercial repercussions for Huawei, especially outside China. Google has reportedly suspended the company’s access to its Android operating system, while Japan’s Panasonic has announced internally that it “should” suspend transactions with Huawei. Potentially of greater harm to Huawei is the news that ARM, a UK-based company which is the predominant global supplier of chips for mobile phone processors, has also told staff to halt supplies to the company. While Huawei’s blacklisting is technically unrelated to ongoing US–Chinese trade negotiations, Trump previously expressed a willingness to intervene against Huawei to obtain a trade deal with China.

On 16 May, Kirill Cherkalin, a colonel in the FSB, the Russian security agency, was charged with taking a USD 850,000 bribe from a businessman in return for protection. Cherkalin worked in K division, the FSB department focused on counter-intelligence in the financial services sector. Two of Cherkalin’s colleagues have also been arrested and charged with large-scale fraud after Russian authorities seized cash and property totalling RUB 12 billion (USD 186 million) from the three operatives. Russian authorities believe that the three men sold official and insider information to businessmen and banking executives, having obtained the privileged information through the K division’s supervision of the Russian financial services sector. The investigation is being conducted by the FSB’s Department for Internal Security. Russian media sources report that other employees of K division are also facing internal scrutiny and that the department might be closed depending on the investigation’s findings.

On 16 May, Serhiy Leshchenko, a Ukrainian politician and prominent anti-corruption activist, was placed under investigation by Ukraine’s specialised anti-corruption prosecutor’s office. Leshchenko is suspected of accepting bribes to lobby on behalf of Kostiantyn Hryhoryshyn, a Russian–Ukrainian energy magnate, in 2016. The allegation comes after a December 2018 judgment by a Ukrainian court that Leshchenko illegally meddled in the 2016 US presidential election by leaking financial documents discrediting Paul Manafort, Donald Trump’s then-campaign chairman. Leshchenko has stated that the allegations against him are baseless and claims that Ukraine’s prosecutors are seeking to silence his own anti-corruption efforts, which have highlighted deficiencies in the Ukrainian judiciary.

On 27 May, Austrian Chancellor Sebastian Kurz was removed from office following a parliamentary no-confidence vote over his handling of a corruption affair which caused his ruling coalition to collapse a week earlier. The corruption scandal centres on the Freedom Party, the coalition’s junior partner. German media had published a video from 2017 showing Heinz-Christian Strache, vice chancellor and Freedom Party chairman, offering government contracts to the purported relative of a Russian oligarch, if she acquired a stake in an Austrian newspaper and gave his party favourable coverage in the lead-up to the 2017 election. Strache resigned, and Kurz dismissed the interior minister, who had been secretary general of the Freedom Party at the time the video was made. This prompted Freedom Party ministers to resign from the government, before voting with the opposition to oust Kurz. An administration of civil servants will govern until an election is held in September.

On 17 May, the EU Council established a new mechanism allowing the EU to impose targeted restrictive measures such as travel bans and asset freezes on individuals who successfully orchestrate or attempt cyberattacks that constitute an external threat to the EU, its member states, other countries or international organisations. Championed by the UK and the Netherlands, the framework comes at a time of heightened concern among EU officials about election interference by bad actors in China and Russia. The new sanctions extend not only to the hackers themselves but to any party providing financial, technical or material support to them. Such hacks must originate or be carried out outside the EU, or be executed in support of people or organisations outside the bloc.

On 5 May, Laurentino Cortizo Cohen of Panama’s centre-left Revolutionary Democratic Party was elected President following a closely contested race. Cortizo, a former minister of agriculture (2004–2006) and prominent businessman from the country’s cattle industry, was elected on a strong anti-corruption platform. Public opinion has hardened against corruption, following the Panama Papers scandal and the revelation that Odebrecht SA, a Brazil-incorporated construction company involved in several corruption scandals across Latin America, paid bribes to Panamanian officials. The election was dominated by opposition candidates, whilst the candidate endorsed by the incumbent President came in fourth with 10 percent of the vote.

On 20 May, the Zambian government announced its intention to strip a mining licence from Konkola Copper Mines, a Zambia-based copper mining joint-venture between Zambia and the UK-incorporated Vedanta Resources Limited. The action represents an escalation in tense relations between the government and international mining companies since Zambian President Edgar Lungu threatened earlier this year to “divorce” Vedanta and Switzerland-headquartered Glencore, following reports that they were looking to limit their operations in the country. In January, the Zambian government also increased mining royalties and introduced a plan to overhaul the country’s VAT system. Zambia is currently facing a debt crisis and investors are concerned that the government is looking to nationalise assets held by international mining companies. 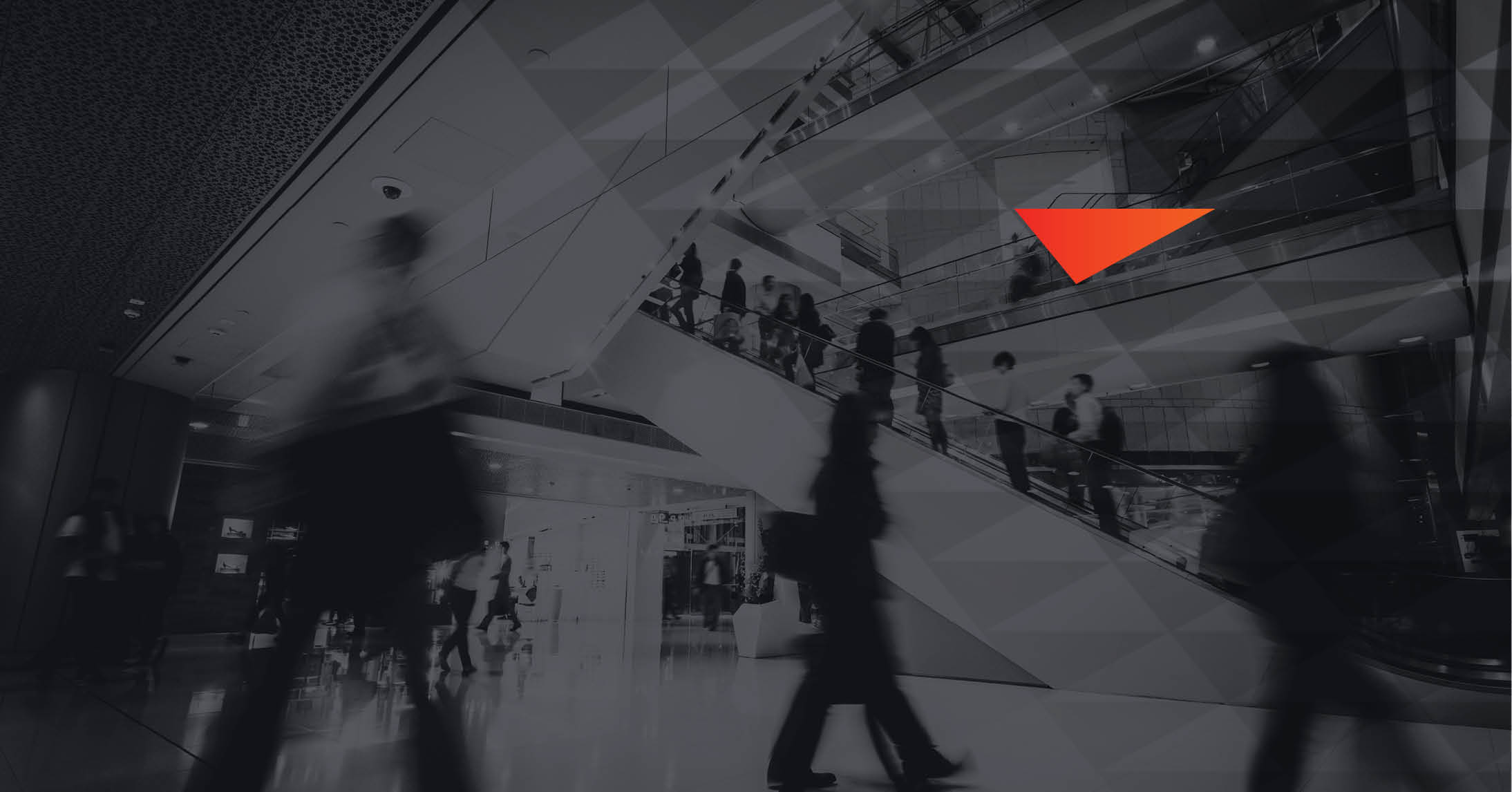