On 4 June, the Salvadoran government announced that it was withdrawing from the International Commission against Impunity in El Salvador (CICIES), an anti-corruption accord with the Organization of American States (OAS). Salvadoran president Nayib Bukele and attorney general Rodolfo Delgado stated that the decision was in response to the appointment of Ernesto Muyshondt, the former mayor of San Salvador and an outspoken critic of Bukele, as an OAS advisor. Muyshondt is currently under investigation in El Salvador over allegations that he made a deal with local gangs in exchange for votes in the 2014 presidential elections. Bukele accused the OAS of promoting impunity and said he would find another international organisation to work with to fight corruption instead.

On 29 June, Brazil’s health ministry announced it had suspended its import of the Covaxin COVID-19 vaccine from an Indian biotech company in the wake of corruption allegations concerning the contract. On 25 June, Brazilian congressman Luis Miranda and his brother, Luis Ricardo Miranda, had testified before a parliamentary inquiry into Brazil’s handling of the COVID-19 pandemic. Luis Ricardo, an employee of Brazil’s health ministry responsible for imports, reported having been under substantial pressure from superiors to promptly sign the Covaxin purchase contract in March 2021 despite the vaccine not being authorised by Brazil’s health regulator. Other irregularities in the procurement contract have included an invoice for upfront payment being submitted by a company not party to the contract, and Brazil paying ten times above market price for the vaccine. Reportedly, Miranda personally alerted president Bolsonaro to signs of corruption in the Covaxin contract.

Also on 29 June, Folha de São Paulo published an interview with Luiz Dominguetti, a representative of Texas-based Davati Medical Supply, featuring accusations that officials in Brazil’s ministry of health had demanded bribes in exchange for COVID-19 vaccine contracts. Dominguetti reported approaching the health ministry to supply 200 million doses of the AstraZeneca COVID-19 vaccine, and being met with demands from officials including Roberto Dias, the health ministry’s head of logistics, for bribes of USD 1 per dose to secure the contract. According to Dominguetti, after he turned down the demand for bribes, the ministry officials abruptly terminated negotiations. Dominguetti was summoned to testify before a parliamentary commission investigating Brazil’s response to the COVID-19 crisis on 1 July.

On 21 June, the European Union imposed new sanctions, in the form of travel bans and asset freezes, on 86 Belarusian individuals and entities. The sanctions were imposed after Raman Pratasevich, a Belarusian dissident journalist, was detained following the illegal forced landing of a passenger flight last month. The new EU sanctions target close associates of Belarusian president Alyaksandr Lukashenka, including the country’s defence minister and Mikhail Gutseriev, a Russian billionaire who is Belarus’ single largest foreign investor. The US, UK, and Canada also announced additional sanctions in parallel with the EU’s measures. On 24 June, the EU further imposed wide-ranging economic sanctions on Belarus for the first time, banning EU companies from operating in key sectors of Belarus’ economy, including financial services, petroleum, and potash. International media have described the ban on transporting potash as particularly “significant” given that the salt is Belarus’ main export.

On 2 June, Czech prosecutors reported that they had referred a conflict of interest case against prime minister Andrej Babiš to the newly-established European Public Prosecutor’s Office. Babiš has been the subject of conflict of interest allegations since 2014 regarding the number of EU and Czech government subsidies awarded to Agrofert A.S., a Czech conglomerate he founded. While Babiš placed his shares in Agrofert into trusts before becoming prime minister in 2017 to avoid further allegations, an audit by the European Commission published in April 2021 found that he had maintained control of the company. The matter has also been the subject of a criminal investigation into subsidy fraud by Czech police since September 2017. On 31 May 2021, police passed their findings to the Prague public prosecutor with the recommendation that Babiš be charged with fraud. A decision regarding the criminal case is yet to be made.

On 11 June, the German parliament approved the Lieferkettensorgfaltspflichtengesetz (Supply Chain Due Diligence Act), requiring companies operating in Germany to carry out human rights and environmental due diligence on their direct supply chains and to publish yearly reports detailing the measures they have taken to mitigate risks in these areas. The law will come into force on 1 January 2023 and will apply to companies with more than 3,000 employees, before being extended to companies with more than 1,000 employees on 1 January 2024. Germany’s Federal Office for Economic Affairs and Export Control (BAFA) will be responsible for enforcing the legislation and will have the power to impose fines and penalties up to two percent of a company’s global turnover. Human Rights Watch has criticised the law for not requiring companies to conduct due diligence on their indirect suppliers, where the NGO reports “the most serious abuses” occur.

On 8 June, China's apex anti-corruption agency, the Central Commission for Discipline Inspection and National Supervision Commission (CCDI-NSC), announced a probe into Hu Xiaogang, a former vice-president of state-owned bad debt managers China Orient Asset Management and Great Wall Asset Management, for “severe discipline and law violations”. The phrasing – widely understood to mean corruption – signifies that Hu will be the latest in a series of officials at state companies managing bad debt to be investigated. Separately, on 11 June, the CCDI-NSC announced that former senior anti-corruption inspector Dong Hong would stand trial for accepting “an extremely large amount” of bribes during his career. Dong, a former aide to China’s vice president Wang Qishan when Wang was in charge of China's anti-corruption efforts from 2012 to 2017, was first placed under investigation last October.

On 10 June, Japanese conglomerate Toshiba published the outcome of an independent investigation into its 2020 AGM. The investigation found evidence that company executives colluded with senior officials in the ministry of economy, trade and industry to exert undue pressure on foreign shareholders and foil activist investor proposals designed to oust key executives, including Toshiba’s then-CEO Nobuaki Kurumatani. Japan’s then-cabinet secretary and now prime minister, Yoshihide Suga, was reportedly aware and supportive of the plan. In the aftermath, four Toshiba executives, including two board directors, were ousted at an emergency board meeting on 13 June. Shareholders subsequently voted against reappointing chairperson Osamu Nagayama on 25 June. This is Toshiba’s third major scandal in six years, following 2015’s accountancy scandal and huge overspending by its US nuclear power business in 2017.

On 13 June, Saudi Arabia’s Oversight and Anti-Corruption Authority (Nazaha) announced it had arrested 136 people, including employees of seven government ministries, on charges including bribery, abuse of power, and forgery. On 23 June, working with several other government authorities, Nazaha arrested at least 14 individuals for allegedly establishing commercial entities under the names of relatives and using them to deposit and transfer abroad USD 134.9 million in illegal funds. Those arrested allegedly received a percentage of the funds as payment for facilitating the transactions. Nazaha also arrested a judge for allegedly accepting a bribe to rule in a commercial dispute. A Nazaha source highlighted these arrests among several high-profile corruption cases launched by the authority in recent weeks.

On 23 June, former president of Mauritania Mohamed Ould Abdel Aziz (2009-2019) was arrested on charges of corruption, money laundering, and embezzlement committed during his presidential term. This comes amidst an ongoing corruption investigation into these allegations, and follows his indictment in March 2021 and house arrest in May 2021 following a parliamentary investigation into the matter. Specifically, Aziz was arrested for failing to appear in court, a regular requirement of his house arrest. Aziz has denied the allegations of financial crime, which he claims are politically motivated. To date, the Mauritanian state has reportedly seized approximately USD 115 million in assets as part of the investigation. 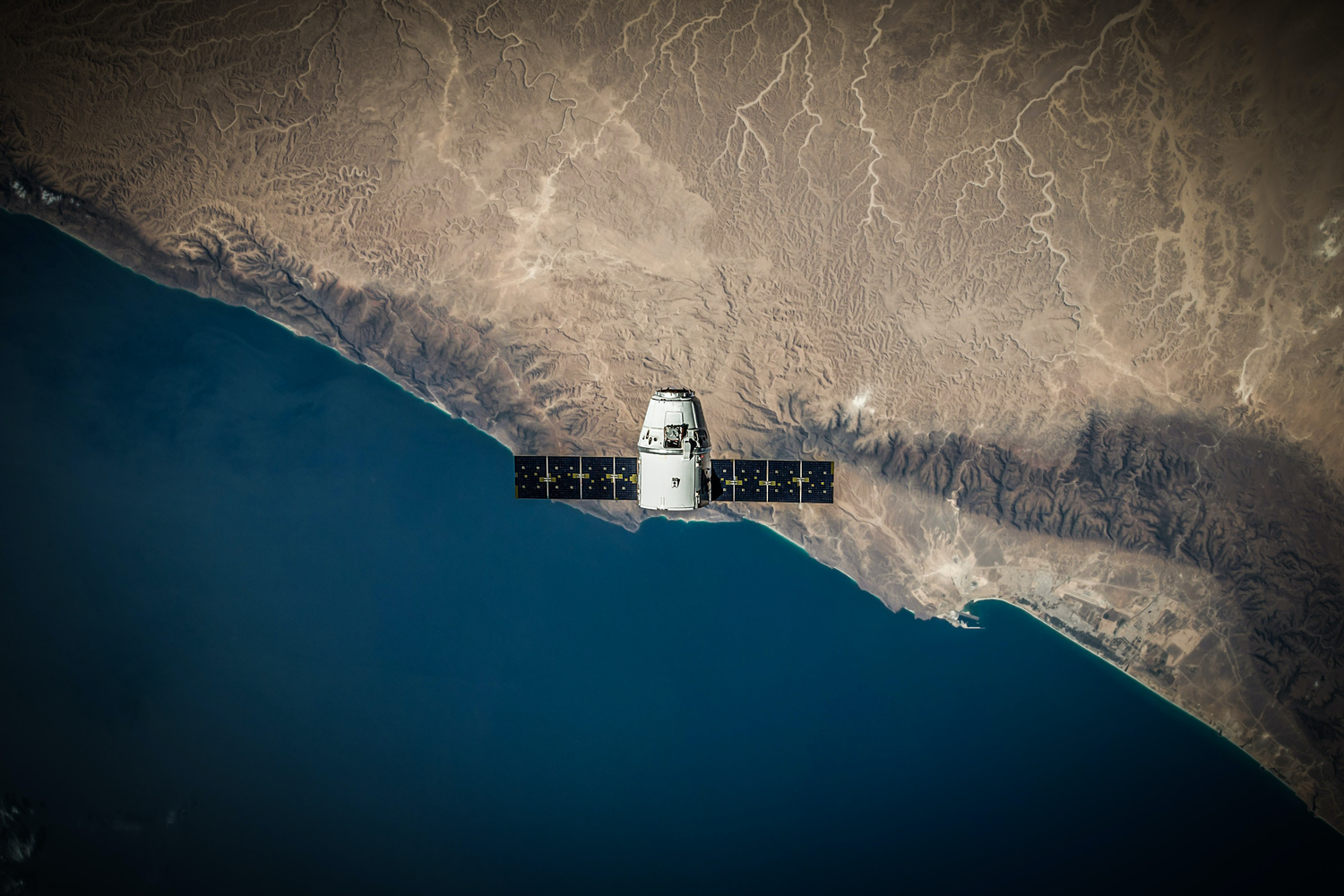