On 21 December, the UK Supreme Court announced that Zamira Hajiyeva, the wife of jailed Azerbaijani banker Jahangir Hajiyev, had lost her final appeal against the Unexplained Wealth Order (UWO) imposed on her by the UK’s National Crime Agency (NCA) in 2018. Unless she reveals the source of her wealth, the NCA will seize GBP 22 million of property belonging to Hajiyeva, including a London home and a Berkshire golf course. An NCA spokesperson commented that the Supreme Court decision was “important in establishing unexplained wealth orders as a powerful tool for financial investigations”. Hajiyeva was subject to extensive coverage in the British press in 2019 when a legal case revealed her extravagant spending habits. Hajiyev was convicted of embezzlement and fraud in Azerbaijan and sentenced to 15 years in prison in 2015.

On 17 December, Bloomberg reported that European officials had provided US government agencies with information indicating that Russian billionaire Oleg Deripaska “retained significant day-to-day influence over” UC Rusal, his aluminium holding, thereby violating a US sanctions agreement. In 2018, Deripaska, who is personally sanctioned, agreed to reduce his shareholding in and relinquish control over UC Rusal, one of the world’s largest aluminium producers, and its parent entity, EN+, as a condition for the lifting of US sanctions against the companies. However, according to European officials, Deripaska has continued to use the companies’ resources and employees to support his personal business interests and the Russian government’s political agenda. Lawyers representing Deripaska and the companies denied the allegations. The US Treasury did not confirm whether Deripaska’s actions constitute a violation of the 2018 agreement, and Bloomberg reported that the Treasury may review potential sanctions violations by Deripaska.

Kyrgyzstan: US Treasury sanctions Raimbek Matraimov under the Magnitsky Act

On 9 December, the US Treasury sanctioned Raimbek Matraimov, a former deputy chair of the Kyrgyz Customs Service, for his involvement in a large-scale corruption scheme through which USD 700 million was embezzled from the Kyrgyz state and laundered abroad. These sanctions were imposed under the Magnitsky Act, which targets perpetrators of human rights abuses and large-scale corruption. Matraimov has been under house arrest since October 2020 when he was detained as part of a pre-trial investigation into the corrupt customs scheme.

On 21 December, Malaysia’s High Court sentenced Tengku Adnan to a year in prison for accepting a MYR 2 million (c. USD 495,000) bribe from a businessman in 2016 while serving as Federal Territories Minister. The High Court also imposed a MYR 2 million (USD 492,306) fine on him. Tengku Adnan had claimed that the money was a political donation given to him as treasurer-general of the UMNO political party, the largest in Malaysia’s ruling coalition. This was in spite of him having assumed that role in 2018, two years after the reported donation. Both the sentence and the fine remain pending until the resolution of Tengku Adnan’s appeal. The verdict comes only two weeks after Tengku Adnan had received a discharge not amounting to an acquittal in a separate bribery case related to an alleged MYR 1 million (USD 246,153) bribe he accepted from another Malaysian businessman in 2013.

On 11 December, a Hanoi court sentenced former senior official Nguyen Duc Chung to five years in prison for misappropriating classified documents and misusing assets during his tenure as mayor of Hanoi. Chung, who pleaded guilty, was found to have been the main orchestrator of a scheme that allegedly smuggled electronic equipment into Vietnam via Nhat Cuong Mobile, a large local technology company. The scheme reportedly resulted in losses of USD 43.24 million to the state. It was also found that Chung, previously Hanoi’s police chief, had obtained secret police documents from a law enforcement officer about the ongoing investigation into Nhat Cuong. He is the highest profile casualty of an anti-corruption crackdown in Vietnam that has seen several other officials jailed.

On 6 December, Indonesia’s Social Affairs Minister Juliari Batubara was detained on suspicion of bribery linked to a COVID-19 food distribution programme. Batubara reportedly turned himself in to Indonesia’s anti-corruption authority (KPK) following a sting operation in Jakarta the previous day, which seized cash suspected of being linked to him. A KPK spokesperson alleged that Batubara had received a kickback on every food package totalling USD 1.2 million from two contractors who were awarded large state supply contracts. Two other officials and two businessmen were also named as suspects in the case. Batubara is the fourth member of President Joko Widodo’s government, and his second Social Affairs Minister, to have been arrested for corruption. The arrests of Batubara and one other minister in late November 2020 prompted a cabinet reshuffle on 22 December.

On 22 December, Marcelo Crivella, the mayor of Rio de Janeiro, was arrested as part of an ongoing corruption investigation targeting the city’s government. State prosecutors allege that Crivella was part of a group of public officials who used their position and influence to demand bribes in exchange for city contracts. Crivella’s term as mayor was set to end on 1 January 2021 after his failed re-election bid against Eduardo Paes, Rio de Janeiro’s mayor between 2009 and 2017. Until Paes’ inauguration, Crivella will be replaced by an acting mayor. Rio de Janeiro’s governor is also serving on an interim basis following the suspension of Wilson Witzel in August 2020. Witzel is currently facing impeachment procedures following a police investigation that uncovered signs of corruption in emergency contracts related to the COVID-19 response.

On 11 December, the US Senate passed the Corporate Transparency Act (CTA) by a veto-proof majority. The CTA effectively bans anonymous shell companies, requiring US-registered small corporations and limited liability companies to report their beneficial owners to the Treasury Department’s enforcement arm (FinCEN). Ownership information will be made available to federal, state, and international law enforcement agencies by request. The CTA allows certain exemptions for entities that are already regulated by the federal government, for dormant companies, and for those that employ more than 20 people.

Brazil/US: Oil trader signs plea bargain agreement in the US and Brazil

On 3 December, the US Department of Justice (DoJ) and Brazil’s Ministério Público Federal (MPF), the federal public prosecutor’s office, announced they had reached agreements with Vitol Inc, the US affiliate of multinational energy group Vitol, to resolve investigations into corruption by the energy trader in Brazil, Mexico, and Ecuador. According to the DoJ, Vitol Inc admitted to paying over USD 8 million in bribes to at least five officials at Petróleo Brasileiro SA, the Brazilian state-controlled oil and gas company, between 2005 and 2014, and a further USD 2 million to Mexican and Ecuadorian officials between 2015 and 2020. Vitol Inc will pay a combined USD 135 million to resolve the DoJ investigation and the parallel MPF investigation, and an additional USD 95 million in civil penalties and disgorgement to the US Commodity Futures Trading Commission for “manipulative and deceptive conduct”.

On 15 December, the European Commission announced two proposed laws intended to regulate all digital services in the European Union. The Digital Services Act and the Digital Markets Act would introduce rules to protect users, increase transparency – including closer scrutiny of vendors in online marketplaces to tackle the sale of illegal goods and services – and reduce anti-competitive behaviour by large companies. Violations of the new laws could lead to fines of up to 10 percent of a company’s annual global revenue. The laws have not yet been passed and will need to be approved by both the European Parliament and the Council of the European Union before they come into effect, a process which could take up to two years. The UK Competition and Markets Authority announced the introduction of similar rules and codes of conduct a week earlier.

On 16 December, the US Treasury sanctioned two entities based in the UAE as part of its sanctions regime on Iran. The entities were accused of assisting a sanctioned Hong Kong company with exporting Iranian petrochemicals in violation of US sanctions. The US Treasury claimed in a press release that Alpha Tech Trading FZE and Petroliance Trading FZE, two Sharjah-based companies, had acted as front companies for Hong Kong-based Triliance Petrochemical Co Ltd, which was sanctioned in January 2020 for allegedly transporting Iranian oil exports worth hundreds of millions of dollars.

On 14 December, the US confirmed long-awaited sanctions on Turkey over its purchase of the Russian S-400 surface-to-air missile system. The sanctions were imposed under the Countering America’s Adversaries Through Sanctions Act (CAATSA) on Turkey’s Presidency of Defence Industries, its main defence procurement entity. The measures include an export licence ban on the organisation, as well as asset freezes and visa restrictions on its president and three other officials. On 11 December, EU leaders resolved to impose limited sanctions on Turkey in light of its recent oil and gas exploration efforts in Mediterranean waters claimed by Greece and Cyprus. The bloc’s leaders agreed to add as-yet-unspecified Turkish individuals and entities to an EU blacklist published in November 2019, which currently comprises two senior officials at Turkey’s state oil company, Turkish Petroleum Corporation. The EU resolution provided for the consideration of further steps in March 2021.

On 17 December, the DRC branch of Nigerian commercial banking group Access Bank publicly accused the DRC’s anti-corruption agency (APLC) of extortion. The bank published footage of two APLC officials receiving USD 30,000 in cash from Arinze Osuashala, the head of Access Bank in the DRC, who had been held for questioning regarding allegations that Access Bank was involved in money laundering and terrorist financing. On 18 December, Ghislain Kikangalao, the head of the APLC, was arrested for questioning in connection with the matter. Investigations into alleged money laundering at Access Bank are ongoing. 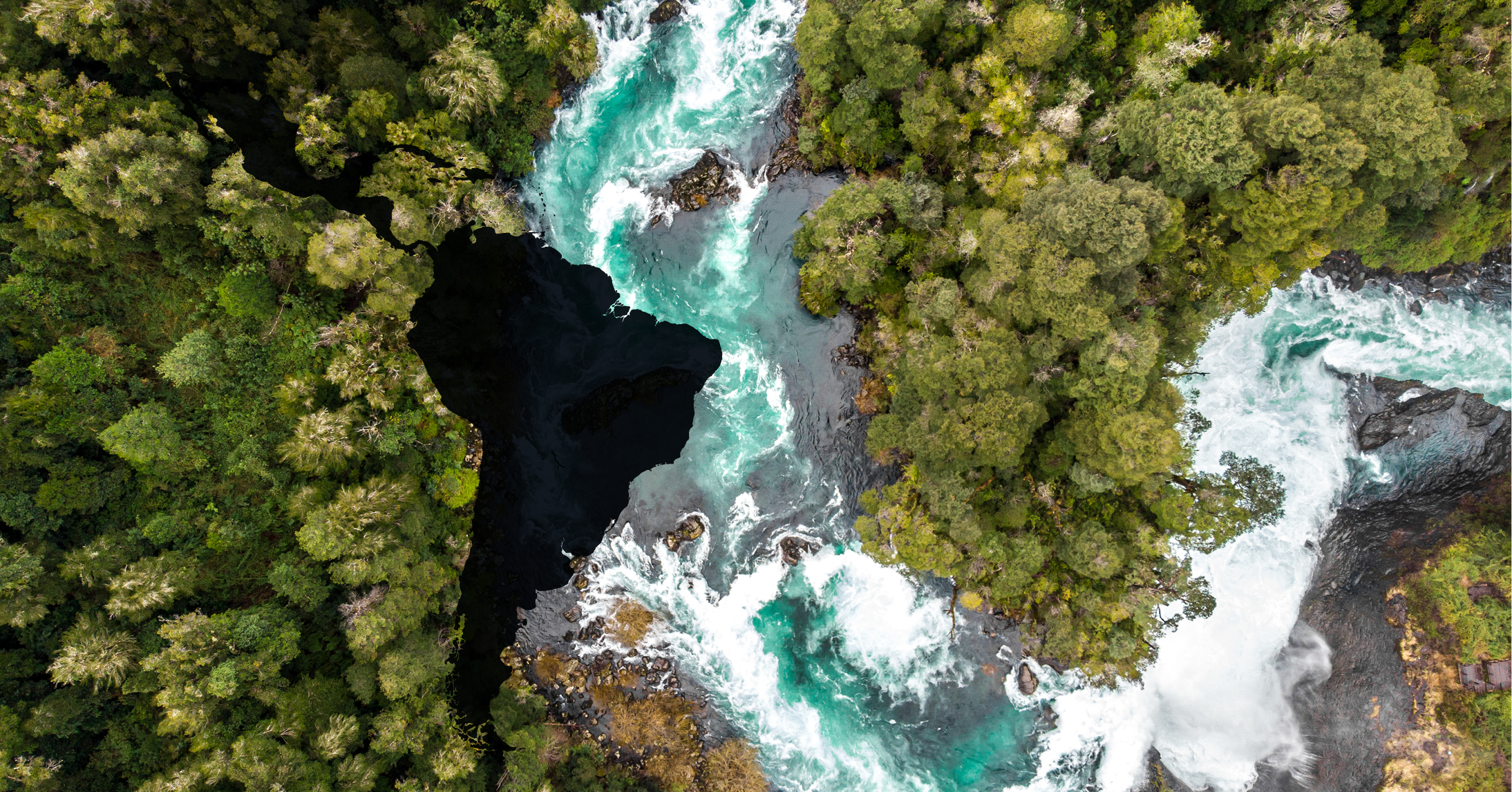