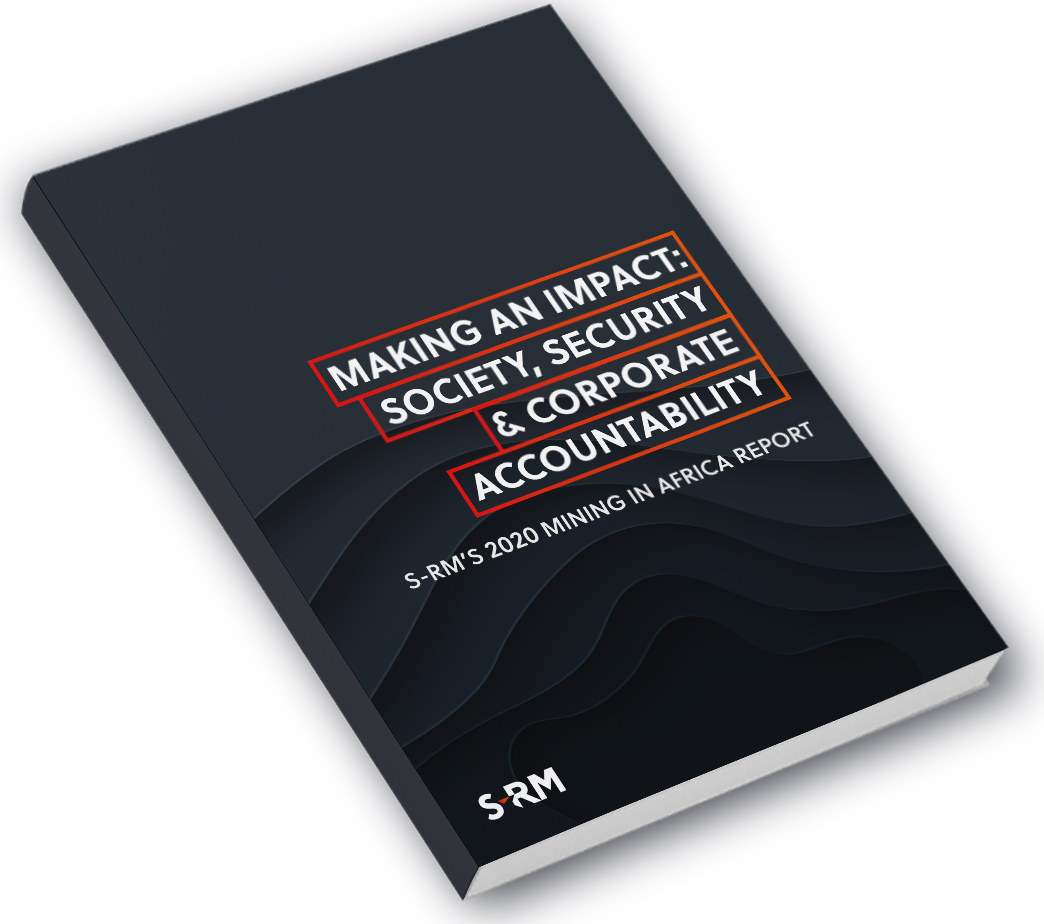 Subject matter experts share their insights on some of the key risks facing mining sector stakeholders across the continent.

The latest news from our regional desks about financial crime, corruption, sanctions and integrity issues worldwide.

On 28 January, Israeli prime minister Benjamin Netanyahu withdrew his request for immunity in an ongoing corruption case hours before the Israeli parliament was due to debate the matter. Netanyahu was widely expected to lose the key vote. After being indicted on charges of fraud, bribery, and breach of trust, having allegedly traded gifts and favour with political donors and media barons, Netanyahu now faces trial. The date of the has not yet been set, although court proceedings are expected to last for several months.

On 23 January, Isabel dos Santos, the billionaire daughter of former Angolan president José Eduardo dos Santos, was charged in a criminal investigation into embezzlement at Angola’s state oil company, Sonangol, which she chaired for 18 months. Dos Santos, who lives in London, has denied the allegations, and described the incumbent Angolan government as being engaged in a politically-motivated witch hunt. Earlier in January, the International Consortium of Investigative Journalists (ICIJ) began publishing details from a cache of 715,000 leaked documents, which revealed the transfer of millions of dollars from Sonangol to companies controlled by dos Santos. Authorities in Portugal have begun investigating other companies in which dos Santos was a shareholder, including EuroBic, a small private bank. She has since been forced to sell her stake in EuroBic, and Portuguese authorities have ordered the seizure of her bank accounts. Companies connected to dos Santos are likely to continue to face increased scrutiny globally.

In January, Microsoft released a major security patch for all versions of its Windows operating systems after the US National Security Agency (NSA) notified the company of a serious vulnerability. This is the first occasion that the NSA has publicly disclosed its role in informing a private sector company of a security problem. The agency has claimed that it took the unusual step of publicly announcing its role in the matter to build trust with cybersecurity researchers. On 16 January, Microsoft released a scheduled software update including a patch for the vulnerability, which may have allowed hackers to disguise damaging malware as legitimate software.

On 16 January, Donville Inniss, Barbados’ former minister of industry, international business, commerce, and small business development, was convicted by a US federal court in New York on two counts of money laundering and one count of conspiracy to commit money laundering. Inniss was found to have laundered USD 36,000 in bribes paid by executives of Insurance Corporation of Barbados Limited (ICBL), a Barbados-based insurance company, in 2015 and 2016. In exchange for the bribes, Inniss helped ICBL secure two property insurance contracts with the Barbadian government. He then laundered the bribes through a US bank account. He is currently awaiting sentencing.

On 23 January, Brazil’s central bank (BCB) published new anti-money laundering and counter terrorism financing regulations. Under one of the new rules, banks must notify the Brazilian federal revenue service (RF) when a customer makes a cash deposit of more than BRL 2,000 (USD 460). Previously, banks were only required to notify the RF of cash deposits of more than BRL 10,000 (USD 2,296). According to the BCB, the changes signal a commitment to curb corruption, terrorism financing, and money laundering in Brazil. The changes will also bring Brazil into compliance with OECD standards as part of Brazil’s ongoing membership bid.

On 21 December, US president Donald Trump signed a law imposing sanctions on companies building Nord Stream II, a Russian natural gas pipeline to Germany under the Baltic Sea. The project aims to double Russia’s gas exports to Germany through the existing Nord Stream I pipeline. The US has sanctioned Nord Stream II over fears that the pipeline, which is owned by Russia’s state gas monopoly Gazprom, will constitute a regional security threat and allow Russia to increase its control over Europe’s energy supply. The EU and Russia have strongly opposed the sanctions, and criticised the US administration for undue interference in European affairs. On 11 January, Russian president Vladimir Putin announced that the imposition of these sanctions would delay the pipeline’s launch, which had been expected in the coming months, until at least the end of 2020.

On 8 January, Uzbekistan’s Supreme Court announced that a new trial against Gulnara Karimova, the daughter of former Uzbek president Islam Karimov, has begun in Tashkent. Karimova has been charged with embezzlement of state property and money laundering following allegations that she illegally purchased state-owned shareholdings in two Uzbek cement companies before selling them to foreign businessmen below market value. The new criminal case is the latest in a lengthy series of investigations into corruption allegedly perpetrated by Karimova during her father’s presidency. In 2015, Karimova was given a five-year sentence for embezzlement and extortion, and has been held in a Tashkent prison since March 2019 after allegedly violating the conditions of her house arrest.

PHILIPPINES: Former chief of police to be charged with corruption in drugs case

On 16 January, the Justice Department of the Philippines announced that Oscar Albayalde, the former head of the Philippines national police force and enforcer of president Rodrigo Duterte’s “war on drugs”, will be charged with corruption. The Justice Department stated that it had “probable cause” to charge Albayade for not punishing police officers who allegedly misappropriated money and drugs seized during a raid in 2013. The case against Albayade hinges on his alleged non-implementation of an order to penalise the officers. Albayalde has repeatedly denied protecting the police officers or profiting from the seized drugs. If convicted, he could face up to 10 years in prison. This case is one of many alleging police corruption and violence in the course of Duterte’s anti-narcotics campaign.

In a documentary aired on Chinese state television on 13 January, Lai Xiaomin, the former chairman of the state-owned asset manager China Huarong, admitted to taking millions in cash bribes, stashing the proceeds in a Beijing apartment he named ‘the supermarket’. Investigators later discovered more than CNY 200 million (USD 29 million) at this location. In October 2018, Lai was dismissed from public office and the Communist Party of China following an investigation by the party’s internal disciplinary body, which found he had committed “serious violations of discipline and law”. Lai is accused of taking a total of CNY 1.65 billion (USD 240 million) in bribes, and is currently awaiting trial on charges of bribery, corruption, and bigamy. Bloomberg has described the matter as one of the biggest financial corruption cases in Chinese history.

On 16 January, Estonian authorities announced an expansion of their ongoing investigation into money laundering at the Estonian branch of Danske Bank, Denmark’s largest bank. The Estonian investigation now comprises 10 cases involving suspicious transactions totalling USD 2 billion. Since 2018, Danske Bank has been the subject of a number of criminal investigations launched by European and US authorities over the alleged laundering of an estimated USD 220 billion, mostly from post-Soviet countries, through its Estonian branch between 2007 and 2015. The announcement follows the filing of a new lawsuit by 60 Danske Bank investors, who are seeking to recover USD 222 million from the bank following its failure to disclose suspected money laundering concerns.

The Spanish newspaper El Mundo has reported that Spanish prosecutors are seeking decades-long jail terms for eight former officials of the defunct state-owned arms manufacturer Defex, who allegedly paid over USD 100 million in bribes to Saudi officials in order to secure weapons contracts. Investigations into the matter, which have been ongoing for more than a decade, have focused on eleven suspicious contracts between Defex and Saudi Arabia. The officials reportedly made use of accounts in a number of offshore jurisdictions in order to direct the bribes. Spanish commentators have described the Defex affair as Spain’s largest ever corruption scandal, and prosecutors intend to undertake further investigations into the company’s historical contracts in other jurisdictions, including Angola, Brazil, Cameroon, and Egypt.