On 14 November, the Canadian Minister of Foreign Affairs, Mélanie Joly, announced the implementation of a United National Security Council sanctions resolution into Canadian law in response to the “egregious” conduct of armed criminal gangs in Haiti. The resolution prohibits dealings with Jimmy Chérizier, the leader of an alliance of Haitian gangs called the G9. It also freezes Chérizier’s assets in Canada and subjects him to a travel ban. On 19 November, Joly announced additional sanctions on three Haitian politicians suspected of providing financial and operational support to armed gangs in Haiti. These additional sanctions prohibit dealings with, and freeze the assets of, former president Michel Martelly and former prime ministers Laurent Lamothe and Jean-Henry Céant for their role in enabling illegal activities through alleged money laundering and other corrupt activities.

On 17 November, the US Treasury’s Office of Foreign Assets Control (OFAC) imposed blocking sanctions on the Mexican criminal organisation La Nueva Familia Michoacana and its co-leaders Johnny Hurtado Olascoaga and Jose Alfredo Hurtado Olascoaga. According to OFAC, the criminal organisation smuggles illicit drugs into and throughout the US and has reportedly contributed to the increase of rainbow fentanyl pills in the country. La Nueva Familia Michoacana primarily operates in southern Mexico but is continuing to expand and has increased its revenue through drug trafficking, illicit mining, and extortion.

US: Theranos founder Elizabeth Holmes sentenced to more than 11 years in prison for fraud

On 19 November, Elizabeth Holmes, founder of the private healthcare and technology company Theranos Inc, was sentenced to more than 11 years in federal prison for defrauding investors, and three years of supervision following her release from prison. Holmes founded Theranos in 2003 and initially claimed that the company’s technology could perform medical testing with a single drop of blood, which was later proven to be false. Between 2015 and 2018, when the company was dissolved, Theranos was subject to legal challenges from medical authorities, investors, and the US Securities Exchange Commission. The former president of Theranos, Ramesh “Sunny” Balwani, was also found guilty of two counts of conspiracy and ten counts of wire fraud in July 2022, with his sentencing set for 7 December 2022.

On 23 November, Alexandre de Moraes, a Brazilian Supreme Court justice who presides over the Brazilian Electoral Court, rejected a request to invalidate over half of total votes cast during the October 2022 Brazilian presidential runoff election. The Liberal Party of president Jair Bolsonaro – who lost to now president-elect Luíz Inácio Lula da Silva – had filed a complaint claiming that the software in some of the voting machines had malfunctioned in the presidential runoff. Moraes also fined the party BRL 22.9 million (USD 4.3 million) for ‘bad faith’ litigation and blocked the transfer of funds from the Fundo Partidário, a state fund that supports political parties’ day-to-day expenses, to the Liberal Party and its coalition partners. The coalition partners distanced themselves from the Liberal Party’s request and, on 25 November, Moraes agreed to exclude them from his decision and lifted the block on their access to Fundo Partidário financing.

On 17 November, the Russian Federation Council, the country’s upper parliamentary chamber, proposed freezing the assets of prominent Russian businesspeople and heads of state corporations who have left Russia since its invasion of Ukraine on 24 February 2022. Andrey Kutepov, the head of the Federation Council’s economic policy committee, suggested that the freeze should apply particularly to those who have renounced their Russian citizenship, such as Nikolay Storonsky, co-founder of Revolut, and Oleg Tinkov, founder of Tinkoff Bank. He further proposed charging additional taxes of 30 to 50 percent on transactions made with real estate, shares and securities after 24 February. In addition, the state could receive dividends and other payments due to the Russian businesspeople. The assets and money seized would fund Russia’s military activities in Ukraine and reconstruction in Ukrainian territories taken by Russia since the start of the war. The Federation Council’s proposal comes after the UK and EU announced in November 2022 that they had frozen GBP 18 billion and EUR 68 billion, respectively, in assets belonging to sanctioned Russian persons.

On 21 November, the Moscow Arbitration Court ordered Mikail Shishkhanov and Alexander Lukin, two former heads of the Russian B&N Bank, to compensate the Russian Central Bank for losses it incurred when it bailed out B&N Bank following its 2017 bankruptcy. A total of RUB 71.2 billion (USD 1.2 billion) will be recovered from assets belonging to Shishkhanov and Lukin that had been frozen in October 2020. B&N Bank was one of several high-profile banks to be bailed out by the Russian Central Bank as part of Operation Garden Ring, referring to the prestigious Moscow road where the banks were headquartered. Six B&N Bank shareholders and executives were taken to court in 2020 to compensate for the state intervention. These include the bank’s billionaire founder Mikhail Gutseriev, who struck a RUB 14.2 billion (USD 232 million) out of court settlement in September 2020. At the time of the bank’s collapse, Gutseriev and Shishkhanov collectively owned 98.76 percent of B&N Bank.

On 5 November, the Central Commission for Discipline Inspection (CCDI), the Chinese Communist Party’s premier anti-graft organisation, announced that it was investigating the deputy governor of the People’s Bank of China Fan Yifei for “suspected severe violations of discipline and laws”. Fan is the first ministerial-level official in China to be probed by CCDI after the 20th Party Congress that was held in October this year, showing that President Xi Jinping’s anti-corruption campaign is still continuing after he secured his third term as the leader of the Chinese Communist Party and President of China. The timing of Fan’s probe also coincides with the central bank’s rumoured change in leadership next year. It is not known whether Fan has denied the allegation.

Pakistan: Former prime minister accused of corruption and disqualified from running for office

On 15 November, a Dubai-based businessman claimed that he had acquired objects originally gifted to former Pakistani prime minister Imran Khan. The gifts had been given to Khan by Saudi Arabia’s crown prince Mohammed bin Salman in 2019 and are worth USD 2 million. Earlier, on 21 October, the Election Commission of Pakistan disqualified Khan from running for political office for five years, citing that he had failed to properly declare the gifts he had received from foreign leaders when serving as prime minister. Khan has denied the allegations, claiming that they are an effort to discredit him as he attempts to mount a political comeback. The former prime minister has vowed to challenge the Election Commission’s decision through the courts.

On 19 November, international media reported that the International Criminal Police Organization (Interpol) had issued a “red notice” calling for the arrest of Angolan billionaire Isabel dos Santos. Dos Santos is the former head of the Angolan state oil company, Sonangol, and the daughter of former Angolan president José Eduardo dos Santos (1979-2017). Dos Santos is accused of using her relationship with her father to secure lucrative commercial deals involving land, oil, diamonds, and telecommunications. Since 2019, Angolan authorities have sought to prosecute dos Santos for embezzlement, fraud, influence peddling, and money laundering, as part of an anti-corruption drive initiated by incumbent Angolan president João Lourenço (2018-present). Dos Santos has denied benefiting unfairly from her father’s position as Angolan president. In December 2021, dos Santos became subject to a US travel ban in connection with the allegations.

On 25 November, Malawi’s Anti-Corruption Bureau arrested and charged Vice President Saulos Klaus Chilima in connection with corruption allegations against him, following a lengthy investigation into his conduct. Chilima is accused of receiving bribes in exchange for facilitating the award of government contracts to two companies linked to UK-based businessman Zunneth Sattar, who is being investigated in the UK for alleged abuse of Malawi's public procurement system. In June 2022, Malawian President Lazarus Chakwera, who has implemented an anti-graft crackdown, barred Chilima from performing his duties after he was first accused of corruption. However, the president stated that he did not have the constitutional authority to remove or suspend Chilima from office. Appearing in a Lilongwe court, Chilima did not submit a plea and requested more time to respond to the charges against him, but was released on bail. The prosecution has applied for the case to be heard in Malawi’s recently established Financial Crimes Court.

On 22 November, the Court of Justice of the European Union (CJEU) published its preliminary ruling on the validity of the EU’s anti-money laundering directive (AML directive) in light of the EU’s Charter of Fundamental Rights. The CJEU found that the provision in the AML directive requiring member states to ensure that information on the beneficial ownership of entities is “accessible in all cases to any member of the general public” was invalid, as it interferes with individuals’ fundamental rights to privacy and data protection. Consequently, the Luxembourg Business Registers (LBR) temporarily suspended access to its Register of Beneficial Ownership (RBO) while it develops a solution allowing access for registered professionals. The ruling follows a complaint filed by a Luxembourg company and its beneficial owner opposing the publication of information regarding them by the LBR. A Luxembourg law adopted in 2019 established the RBO, through which information regarding the beneficial ownership of Luxembourg companies was made available to the public online, in accordance with the AML directive.

On 16 November, Iraqi corruption investigatory body Nazaha established a special commission to investigate major corruption cases in the country. This followed the appointment on 27 October of Mohammed Shia Al Sudani as the country’s new prime minister on an anti-corruption mandate. Iraqi authorities have estimated that roughly USD 2.5 billion of funds belonging to the Iraqi General Tax Authority and held at state-owned Rafidain Bank has disappeared in what local media outlets have dubbed the “theft of the century.” Al Sudani claimed on 9 November that Iraqi authorities believe that the majority of these funds have been smuggled out of the country.

On 26 November, the Saudi Oversight and Anti-Corruption Authority (Nazaha) announced that it had arrested 138 ministerial employees accused of a range of charges, including bribery, the abuse of power, money laundering, and forgery. This followed an investigation of 308 suspects from ten ministries, including the Ministry of Defence, the Ministry of Interior, and the Ministry of Health. One such arrest came on 15 November when Nazaha officials arrested judge Ibrahim bin Abdulaziz Al Juhani, who was accused of taking a SAR 500,000 (USD 133,000) bribe from a Saudi citizen in return for a favourable ruling. Nazaha claimed that this payment was the first instalment of a further SAR 4 million (USD 1.1 million) promised to Al Juhani. Al Juhani’s response to the accusation is not known. 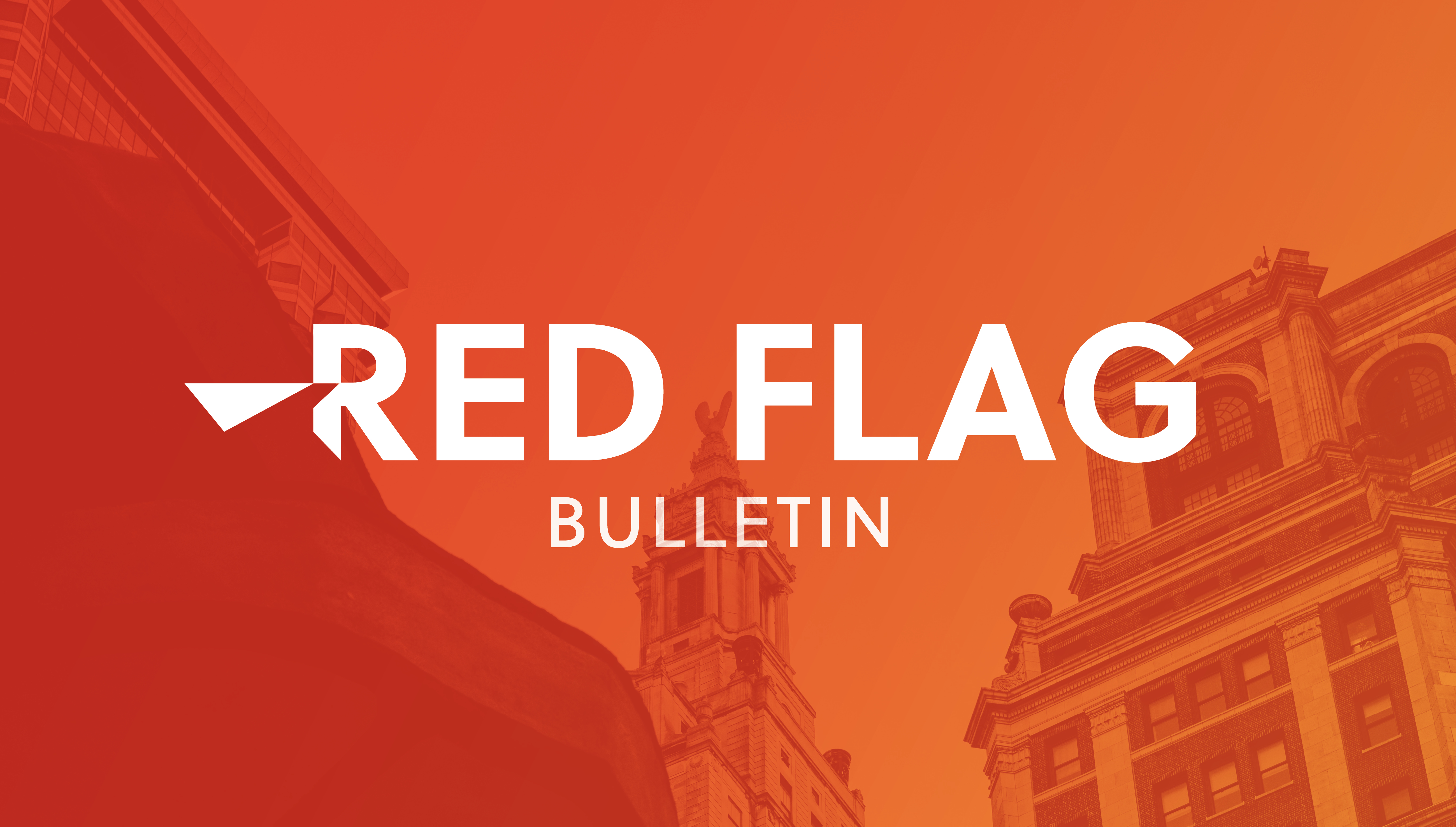 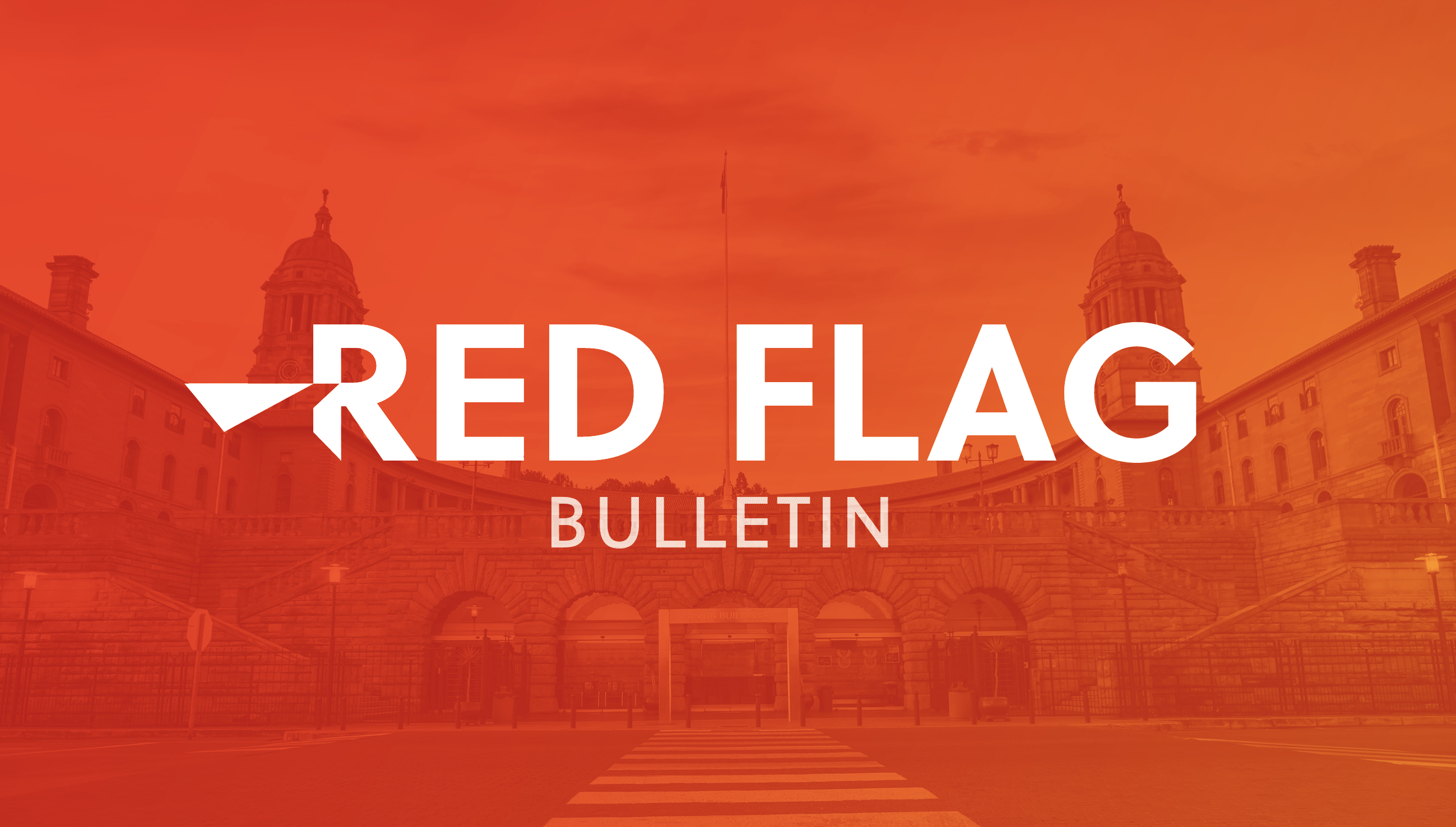 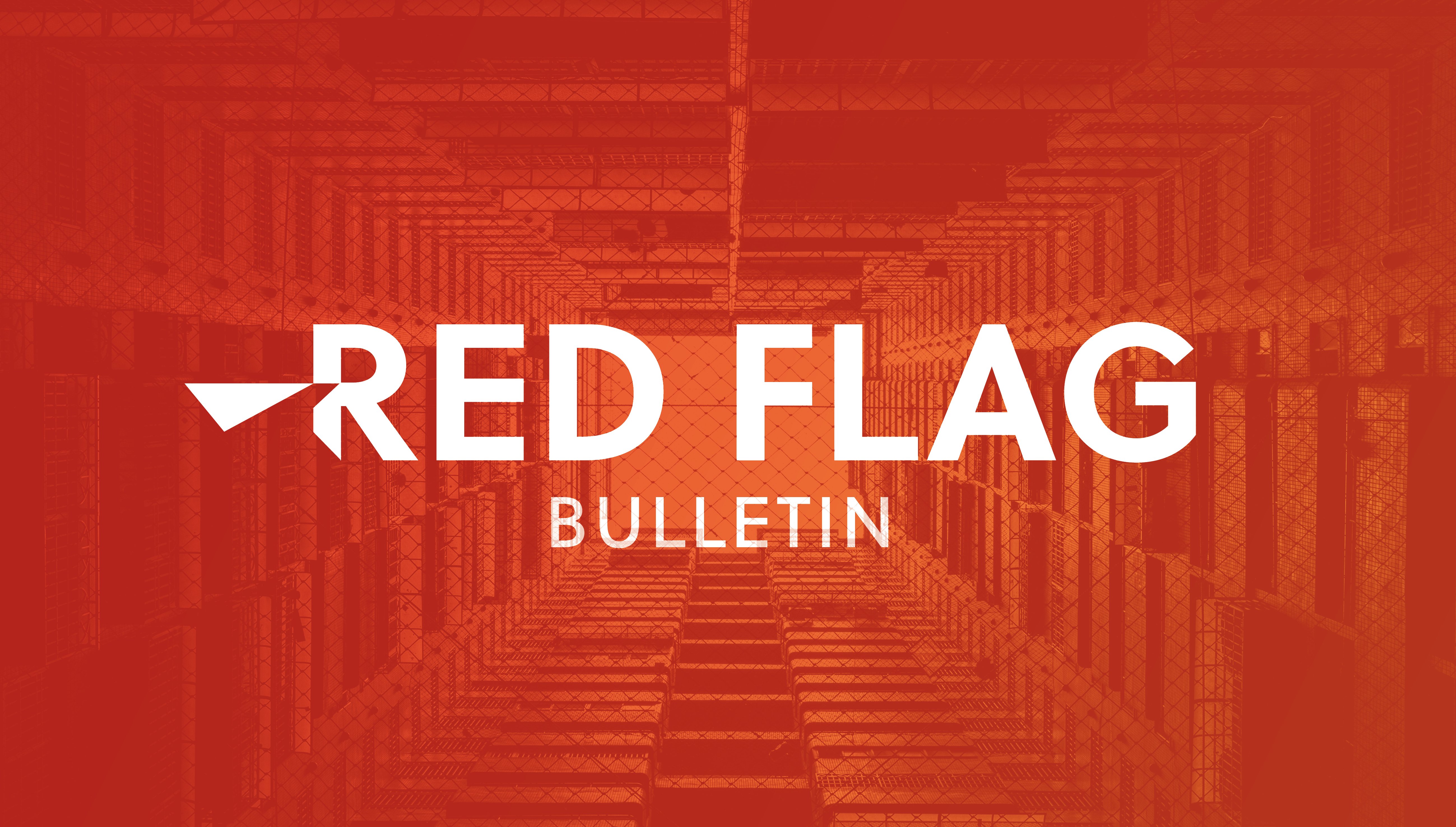