On 10 August, the Lebanese government resigned following a massive explosion at Beirut’s port which killed over 160 people six days earlier. The explosion occurred after a fire ignited a stockpile of ammonium nitrate that had been stored at the port since 2013. The disaster has led to an escalation in anti-government protests blaming government corruption and mismanagement for the collapse of the Lebanese economy. The protests have turned violent, with demonstrators using Molotov cocktails against anti-riot police, who have been accused of using excessive force against crowds, including tear gas and live ammunition. Announcing the government’s resignation, the departing Prime Minister Hassan Diab stated that endemic corruption in Lebanon was to blame for the explosion, and had become “bigger than the state.” The same day, authorities began questioning the heads of Lebanon’s security agencies over the explosion. Significant delays are expected in the formation of a new government.

On 7 August, a US District Court issued a summons for Saudi Crown Prince Mohammed bin Salman (MbS) after Saad Al Jabri, a former Saudi intelligence chief and adviser to one of MbS’ rivals, filed a lawsuit against him. Al Jabri claims that MbS sent a hit squad to Canada to execute him several days after the assassination of journalist Jamal Khashoggi in October 2018, and ordered the arrest of two of his children, who have been reported missing in Riyadh, and the torture of numerous other relatives. Al Jabri has been living in exile in Toronto since a 2017 anti-corruption purge led by MbS, and is believed to have worked with the CIA. MbS reportedly considers Al Jabri responsible for the CIA’s assessment that the Kingdom of Saudi Arabia’s government was behind Khashoggi’s murder, and is understood to have requested on multiple occasions that Interpol issue an arrest warrant for Al Jabri’s return to the country.

In early July, China’s banking regulator, the CBIRC, published a list of 38 corporate shareholders of financial firms that it deemed “illegal”. Twenty entities were reportedly linked to one of two controversial businessmen, Xiao Jianhua and Wu Xiaohui. Xiao is the Canadian-Chinese founder of Tomorrow Group, whose fortune was estimated at USD 6 billion in 2016. He has reportedly been in custody in China on suspicion of corruption since January 2017, when he was seen being escorted from his Hong Kong apartment, likely by Chinese security officers. Wu, the former chairman of Anbang Insurance, was sentenced to 18 years for fraud in 2018. On 17 July, the CBIRC further announced that six state-owned firms would each take control of one of six firms linked to Xiao, including life insurers Huaxia and Tian’an. The securities regulator separately brought three brokerages linked to Xiao under state custody. Commentators viewed the action as a decisive step in dismantling Xiao’s assets and stabilising the market. A WeChat post, believed to be from Tomorrow Group, challenged the procedural basis for the move but was taken down within hours.

On 28 July, the High Court of Malaysia sentenced former Malaysian Prime Minister Najib Razak to 12 years’ imprisonment and fined him MYR 210 million (USD 49 million) after he was found guilty of seven charges, including abuse of power, criminal breach of trust, and money laundering. The trial was the first of five linked to the multibillion dollar 1MDB scandal. Najib's lead counsel stated that Najib will appeal the ruling. The conviction, however, will deny Najib the chance to participate in any elections in the near future. Political observers have suggested that incumbent Prime Minister Muhyiddin Yassin may call a snap election as early as this year in order to shore up his thin parliamentary majority. Najib’s sentencing came less than a week after the Malaysian government and Goldman Sachs agreed a total settlement of USD 3.9 billion for the latter’s involvement in 1MDB. This settlement saw the government drop all criminal proceedings against the firm and seventeen of its current and former directors.

NEPAL: PRIME MINISTER ALLEGED TO HAVE PROFITED FROM CORRUPT DEALS WITH CHINESE STATE

In early July, Global Watch Analysis, a politics and security news outlet, alleged that the personal wealth of Nepalese Prime Minister KP Sharma Oli (KP Oli) has increased in recent years through corrupt deals involving the Chinese government. These include KP Oli’s investment in the Cambodian telecoms sector in 2015-2016, which was allegedly facilitated by then Chinese Ambassador to Nepal, Wu Chuntai, as well as the awarding of a NPR 54.2 million (USD 540,000) video conferencing system contract to Huawei without a competitive bid. According to Global Watch Analysis, KP Oli has USD 5.5 million in a Swiss bank account, reportedly invested in securities that yield half a million dollars annually. In April, several high ranking Nepalese politicians in KP Oli’s inner circle were alleged to have received kickbacks from the procurement of faulty medical supplies from China as part of the government’s response to COVID-19. Two months later, demonstrations broke out in Kathmandu amid growing public dissatisfaction with the government.

In late July, a Paris arbitral tribunal dismissed a claim by Isabel dos Santos (dos Santos), the daughter of Angola’s former President José Eduardo dos Santos (1979-2017). Dos Santos had sought USD 850 million in compensation from the Angolan state for revoking the USD 1.5 billion Barra do Dande port concession, controversially awarded to her company by presidential decree before her father left office. Angola’s incumbent President, João Lourenço (2017-present), cancelled the award in 2018. The Paris tribunal declared itself unable to rule on the case, dismissing it in favour of the Angolan state and instructing dos Santos to pay USD 228,000 for costs incurred during the proceedings. Dos Santos faces a large number of ongoing civil and criminal proceedings as the Angolan government seeks to reclaim assets she is alleged to have misappropriated during her father’s presidency. Her Angolan assets and bank accounts have been frozen, and in early July, the Portuguese state seized her 72 percent stake in Efacec Power Solutions SGPS SA, a Portuguese engineering firm.

In July, Ibrahim Magu, the acting chairman of Nigeria’s anti-corruption authority, the Economic and Financial Crimes Commission (EFCC), was suspended amid allegations by Nigeria’s attorney general and minister of justice, Abubakar Malami, that Magu misappropriated funds that the commission had recovered. Magu was held in detention for ten days without charge, and an investigative panel has been formed to probe the allegations. Magu has been an ally in President Muhammadu Buhari’s anti-corruption campaign since assuming the EFCC chairmanship in 2015, but EFCC critics claim that the campaign has targeted political opponents. President Buhari has approved Magu’s suspension and appointed a replacement, citing the need for transparency in the investigation.

On 15 July, the US Department of State imposed additional sanctions against Evgeniy Prigozhin, a Russian businessman known as ‘Putin’s chef’, due to the state contracts he has held to cater presidential and government functions. The US government believes that Prigozhin is responsible for coordinating a series of destabilising activities worldwide, such as financing the Internet Research Agency, a Russian online ‘troll farm’ suspected of interfering in the 2016 US presidential election, and PMC Wagner, a mercenary group which has allegedly participated in various conflicts on behalf of the Russian government. The new sanctions target five companies and three individuals connected to Prigozhin, which have primarily provided support to PMC Wagner’s covert operations in Sudan. According to the US Department of State, between 2018 and 2019, these entities facilitated over 100 transfers, totalling USD 7.5 million, to Prigozhin proxies which were working to undermine Sudan’s democratic reforms.

VENEZUELA: CHINA, INDIA AND CUBA BECOME LARGEST DESTINATIONS FOR OIL AFTER US SANCTIONS

China, India and Cuba replaced the US as the largest recipients of heavy crude oil from Venezuela in the year after January 2019, when the US banned its citizens from dealing with Venezuela’s oil sector. The findings are based on analysis of satellite tracking data, and come from a report by two Washington think tanks. While China, India and Cuba were found to have received an increased proportion of Venezuela’s oil shipments (37 percent), traffic to these countries fell overall, as did the total number of port calls to Venezuela, which dropped by 46 percent. Portugal, Bahrain and South Africa were also found to have received shipments of Venezuela’s heavy crude, having received none the previous year. Ship captains have continued to take measures to obscure their shipping routes to and from Venezuela, including turning off their transponders, and conducting risky ship-to-ship oil transfers.

On 30 July, the UK’s Serious Fraud Office (SFO) brought corruption charges against GPT Special Project Management Ltd (GPT), a UK subsidiary of Airbus, over allegations that it had paid bribes worth GBP 4 million for a contract to provide services and training to the Saudi Arabian National Guard (SANG). Three people, including GPT’s former managing director, have also been charged. GPT was providing the services on behalf of the UK government, meaning that payments linked to the contract were approved by the UK Ministry of Defence. The charges are the result of an eight-year investigation which began after a whistle-blower became aware of suspicious payments and gifts, including luxury vehicles given to SANG staff. GPT stopped operating in the Kingdom of Saudi Arabia in April 2020, and proceedings are expected to begin next month. Earlier this year, Airbus reached a record-breaking EUR 3.6 billion settlement with the SFO, the US Department of Justice and France’s Parquet National Financier, to settle allegations of corruption in connection with jet sales. 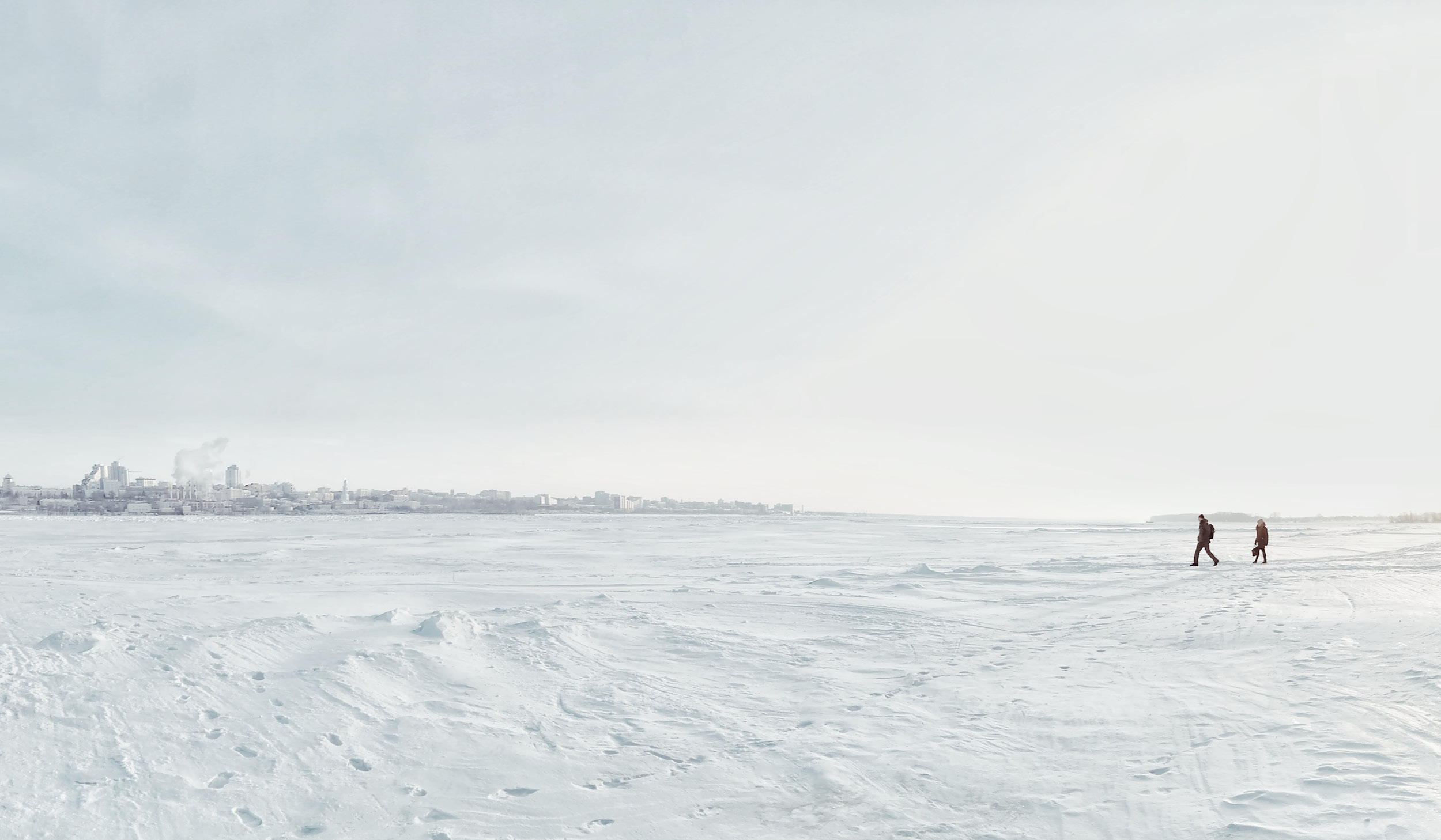