Throughout March, the US, UK, EU, Switzerland, and other jurisdictions significantly expanded their economic sanctions regimes against Russia in connection with Russia’s ongoing military invasion of Ukraine. The measures target an ever-expanding group of state companies, senior politicians, state executives, military personnel, and business figures suspected of maintaining close ties to Russian president Vladimir Putin or benefitting from the Russian state. They have led to the high-profile freezing of assets belonging to sanctioned individuals in Europe – including Chelsea Football Club, owned by newly sanctioned Russian oligarch Roman Abramovich, and a USD 700 million superyacht allegedly belonging to president Putin. The US government has also banned imports of Russian oil, coal, and natural gas, while the G7 nations have launched coordinated measures aimed at stripping Russia of normal trade relations with member states. Russia has issued a raft of retaliatory measures, including travel bans against US president Joe Biden and several senior US officials. The impact of sanctions on the Russian economy has been significant. The rate of inflation is currently at 15 percent and rising, and Bloomberg has estimated that the Russian economy will contract by 9.6 percent over the course of 2022. The situation is subject to change as it develops rapidly. To discuss these developments and how they impact your organisation, please reach out to us.

On 10 March, Kazakhstan’s National Security Committee (KNB) announced that it suspected Karim Massimov, a former prime minister of Kazakhstan and the head of the KNB until January 2022, of accepting real estate and high-value gifts from business figures and foreign officials while he held public office. Most prominently, Massimov is suspected of receiving bribes totalling USD 2 million from unnamed foreign officials when he was the head of the KNB. Massimov had been arrested on charges of treason in January 2022 for allegedly organising a wave of violent anti-government protests at the start of the year. Massimov has denied the corruption and treason accusations. A number of international media outlets and NGOs have speculated that the proceedings against Massimov are part of a wider power struggle between current Kazakh president Kassym-Jomart Tokayev and his predecessor, Nursultan Nazarbayev, under whom Massimov served as prime minister.

DOMINICAN REPUBLIC: AUTHORITIES CRACK DOWN ON TRANSNATIONAL CYBERCRIME RING THAT DEFRAUDED US CITIZENS OF MORE THAN USD 200 MILLION

On 2 March, the attorney general’s office of the Dominican Republic announced that it had dismantled a transnational criminal organisation that operated from the city of Santiago and extended to New York City. According to the attorney general’s office, the criminal organisation used numerous call centres to commit crimes including fraud, financial and sexual extorsion, and identity theft against US citizens. The organisation then reportedly laundered the proceeds through digital currencies and remittance payments. It reportedly defrauded its victims of more than USD 200 million and had ties to the New York-based Trinitarios street gang. The recent crackdown by the government of the Dominican Republic illustrates the rise in cybercrime across the Caribbean, which has been described by the secretary general of the Caribbean Community (CARICOM) as a “burning” security issue impacting the region.

On 2 March, the Honduran national congress repealed a public record law known as the country’s ‘official secrets law’ which allowed certain public documents to be classified as national security and defence issues, and prevented their publication for up to 25 years. The legislation had been criticised for concealing information relating to public funds, thereby protecting government officials against investigation and prosecution for corruption. The repeal of the official secrets law represents the first major step under president Xiomara Castro (2022-present), who ran on an anti-corruption platform.

BRAZIL: MINISTER OF EDUCATION UNDER INVESTIGATION FOR INFLUENCE PEDDLING AND CORRUPTION

On 24 March, Brazil’s supreme court authorised the attorney general’s office to open an investigation into Milton Ribeiro, Brazil’s minister of education (2020-present), for influence peddling and corruption. On 21 March, Brazilian mainstream media had published a leaked recording in which Ribeiro claims to have received instructions from Brazil’s president, Jair Bolsonaro (2019-present), to favour requests for public funding made by Christian evangelical religious leaders personally connected to the president. According to the leaked recording, the ministry of education has allegedly prioritised transferring funds to municipalities designated by these religious figures. The attorney general’s office has until 9 April to determine if Bolsonaro will also be investigated.

On 21 March, a Lebanese judge charged Riad Salameh, governor of Lebanon’s central bank, with illicit enrichment and money laundering. Salameh denies the charges, asserting that he had ordered an audit of his own wealth to support his case, and that criminal investigations into his wealth are part of a media smear campaign against him. Salameh’s wealth has been under criminal investigation in at least four European countries – including France, Switzerland, and Luxembourg – since 2021, following widespread protests against corruption at the highest level of government in Lebanon in 2019. Salameh’s brother, Raja Salameh, has also been charged with money laundering and illicit enrichment in Lebanon as part of the same criminal case, and his Lebanese assets have been frozen.

Following the imposition of western sanctions on Russia since February 2022, cryptocurrency firms in the UAE have reported a rise in requests from Russian individuals to liquidate their cryptocurrency assets. Firms report that clients are looking to invest in real estate in Dubai or convert their cryptocurrency into hard currency instead. The UAE, which has recently strengthened its relationship with Russia, has refused to side with either Ukraine or Russia in the ongoing conflict, and has not imposed sanctions matching those implemented by the EU and US against Russia. Various cryptocurrency exchanges worldwide have announced that they are blocking the accounts of sanctioned individuals and taking other precautions to prevent cryptocurrency being used for sanctions evasion.

On 1 March, South Africa’s Zondo Commission, established to investigate allegations of state capture and corruption during the tenure of former president Jacob Zuma (2009-2018), released its third set of findings. This volume focused on Bosasa, a South African prison facilities provider that received USD 160 million in state contracts between 2000 and 2016 – allegedly thanks to its corrupt relationship with high-ranking politicians and public officials. The report lists more than 60 individuals recommended for investigation and prosecution, including Zuma and Gwede Mantashe, the incumbent minister of mineral resources and energy. The report found that Zuma likely violated anti-corruption legislation through Bosasa’s alleged monthly payments to his personal foundation and sponsorship of his birthday parties. The Zondo Commission will complete its work by the end of April, after which South Africa’s incumbent president Cyril Ramaphosa has four months to prepare an implementation plan to respond to the Commission’s findings.

On 21 March, Zambia's Anti-Corruption Commission (ACC) reported that it had arrested Given Lubinda, the leader of Zambia’s main opposition party, the Patriotic Front (PF), on corruption charges. Lubinda was found to be in possession of property and cash with a combined value of USD 500,000, which the ACC alleged is connected to the proceeds of crime. Lubinda was appointed acting president of the PF, Zambia’s former ruling party, following the defeat of former president Edgar Lungu (2015-2021) by Hakainde Hichilema in August 2021. Lubinda’s arrest comes against the backdrop of president Hichilema’s focus on tackling corruption associated with Lungu’s presidency.

On 23 March, a US-based investigative NGO published an investigative report alleging that Zimbabwe’s central bank had made an estimated USD 93 million in possibly unlawful payments to companies owned by Kudakwashe Tagwirei, a prominent Zimbabwean business figure and presidential advisor, between 2016 and 2019. The report found that companies owned by Tagwirei improperly redeemed Zimbabwean Treasury Bills – received by the companies as part of a deal to manage a government agriculture programme – at favourable USD exchange rates in contravention of Zimbabwean law. Tagwirei, who is widely reported to have close ties to the Zimbabwean ruling party and the country’s current president, Emmerson Mnangagwa, was sanctioned in August 2020 by the US for allegedly assisting senior Zimbabwean officials involved in corruption, and for exploiting his relationship with Mnangagwa and other high-level Zimbabwean politicians to corruptly obtain public contracts.

On 10 March, German prosecutors charged Markus Braun, the former CEO of Wirecard, with fraud, breach of trust, account rigging, and market manipulation. The German authorities have yet to complete their investigation, and Braun’s trial is expected to start in the autumn of 2022. He faces between ten and 15 years in prison if convicted. Two Wirecard managers were indicted at the same time on suspicion of criminal conspiracy to fraudulently inflate Wirecard’s balance sheet. Braun denies the charges and claims to have also been a victim of the fraud, which he alleges was led by Jan Marsalek, Wirecard’s former COO. Marsalek, who fled in the summer of 2020, is reportedly believed to be in Russia.

On 24 March, Ján Slota, the former head of the nationalist Slovak National Party, was arrested on corruption charges by the Slovak National Criminal Agency (NAKA), a specialised anti-corruption and organised crime unit of the Slovak police. Slota is accused of facilitating a EUR 10,000 bribe payment in criminal proceedings relating to a fatal traffic accident in 2018. At the time of the suspected bribe facilitation, Slota was serving suspended sentences for two earlier offences, including one of bribery. Slota was released from custody on 26 March, a decision that the prosecutor’s office has appealed. 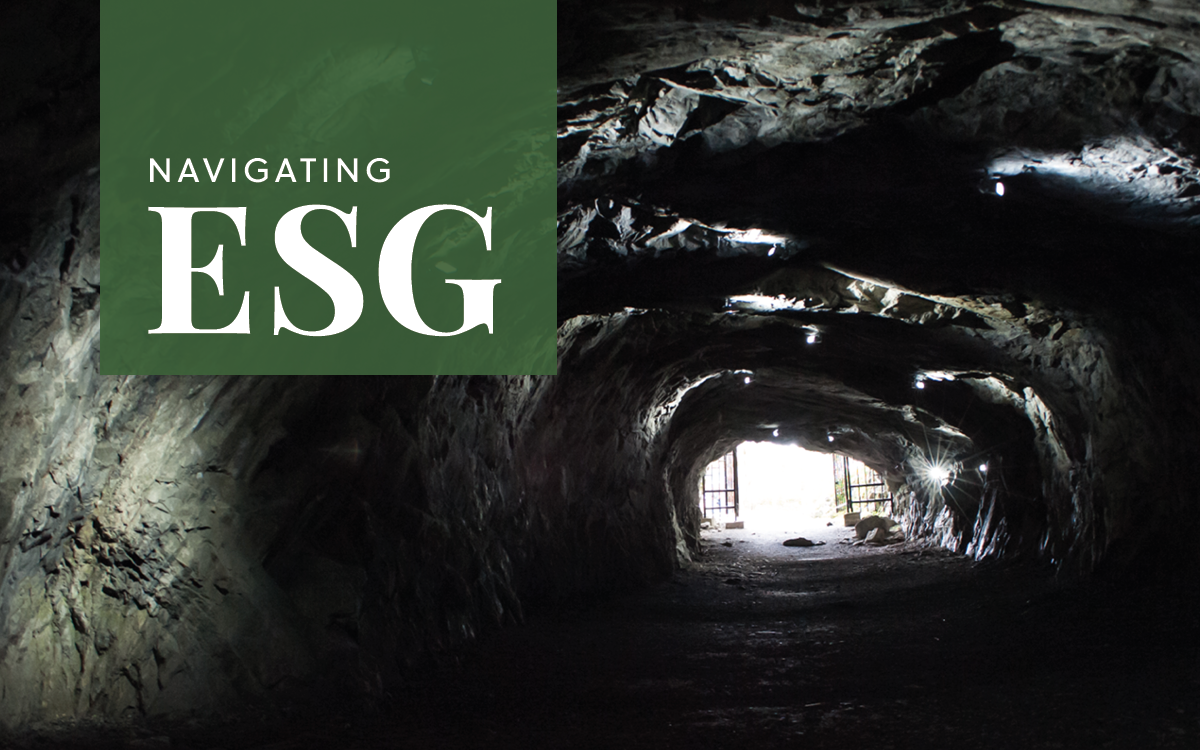 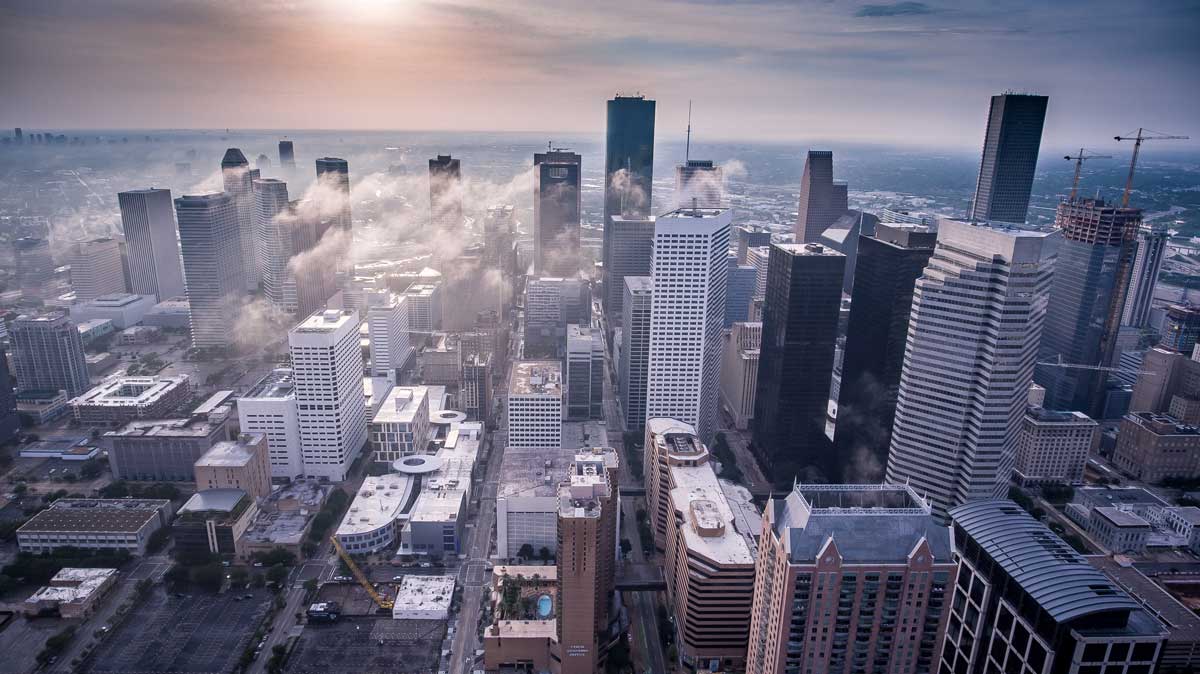