The rising insurgency in Mozambique’s Cabo Delgado Province highlights the threat to oil and gas personnel in the region. Darren Davids writes that militants in the region are likely to target expatriate workers in the oil and gas industry, underscoring the importance of a resilient crisis management plan that effectively addresses country evacuation response.

On 23 March, suspected Ahlu Sunnah Wa Jamâ (Al Sunnah) militants launched a multistage coordinated attack on the town of Mocímboa da Praia in Cabo Delgado, Mozambique’s northernmost province. The port town is 65 km from Palma, where multinational oil and gas companies are set to develop liquified natural gas (LNG) projects in the Afungi peninsula, worth an estimated USD 60 billion. The attackers entered the town in the early hours of the morning on two separate speedboats from the east, while land-based insurgents barricaded all roads leading into the town. At 04h00 local time the group began their attack. The insurgents occupied the port, the police station, and military barracks. They vandalised district government buildings, set several vehicles on fire, and robbed two banks. The insurgents controlled parts of the town for most of the morning before escaping in trucks and boats at 11h00.

Two days later, on 25 March, Al Sunnah launched an attack on Quissanga, another coastal town further south of the Afungi peninsula. The group briefly took control of the town, killing an undisclosed number of people and security forces before escaping.

A step change in the insurgency

These attacks signal a strategic shift in the group’s capabilities compared to its first attack on a police station on 5 October 2017. Al Sunnah now possess the capabilities to move beyond low impact opportunistic attacks and ambushes to more coordinated attacks involving a large number of militants. The attack underscores a shift in the group’s ability to launch complex multistage attacks, and their willingness to clash with security forces beyond quick assaults. The group was well armed and well trained, as illustrated by their ability to capture territory and stretch security forces for several hours.

Since October 2017, Cabo Delgado has seen multiple kidnappings and attacks on villagers by the Islamist militant group. Al Sunnah have launched a series of attacks in the province, killing more than 400 people since 2017 and displacing an estimated 115,000 others. The number of attacks has increased dramatically each year. By some counts, five attacks took place in 2017, 49 in 2018, and 169 in 2019. Al Sunnah’s methods of attack have varied from burning villages and killing civilians, to sporadic attacks on vehicles traveling on isolated roads and, more recently, coordinated multistage attacks on large towns and security forces.

Despite the state of emergency implemented by President Filipe Nyusi to contain the COVID-19 outbreak, the current rate of attacks suggests militants are likely to continue the trend of increasing attacks in 2020. Approximately 73 incidents have been recorded between January and April 2020. The Mozambican government has largely been unable to contain the violence in the region, with Al Sunnah outmanoeuvring a government hindered by mistakes and capacity shortfalls. 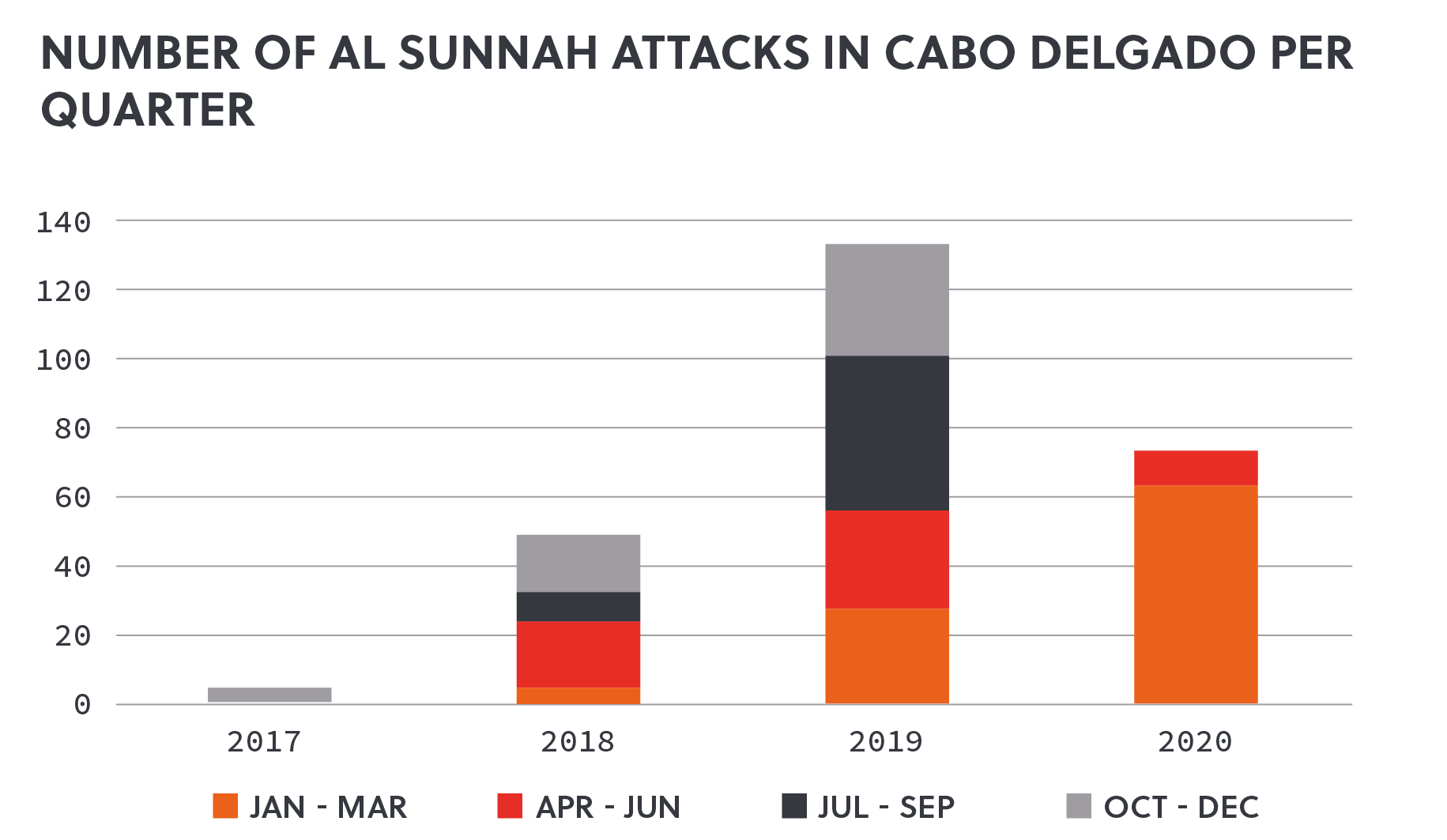 The most recent attack notwithstanding, vehicles traveling alongside isolated roads remain the most vulnerable to attacks and kidnap attempts. Although the attacks remain largely opportunistic in nature, Al Sunnah has frequently conducted roadside ambushes, violently attacking passengers and occasionally kidnapping them. On 5 January, militants attacked a minibus traveling from the town of Palma to Pemba and killed three people and kidnapped several women. Police were called to intervene, but they arrived too late. It is unclear if the militants demanded a ransom for the hostages’ release. Al Sunnah does not release public statements, nor do they claim credit for any attacks or kidnappings, making it difficult to assess their intent during these incidents.

Poor road infrastructure in the region amplifies the logistical challenge commercial operators face. During the 2018-19 rainy season, the province was hit with a cyclone which further damaged already weak road infrastructure. Flooding rivers resulting in roads and bridges being swept away exacerbates logistical and travel security challenges businesses face in the region.

The attack underscores a shift in the group’s ability to launch complex multistage attacks, and their willingness to clash with security forces beyond quick assaults.

Militants are easily able to evade capture by security forces as they maintain an intimate knowledge of footpaths and walkways in the dense forest landscape. Mozambican military forces are already stretched between their post-cyclone reconstruction efforts, their commitment to stem the threat posed by the dissident military wing of the Resistência Nacional Moçambicana (RENAMO) opposition party, known as the RENAMO Military Junta in the central provinces, and the implementation of the state of emergency to stem the COVID-19 outbreak. Consequently, operators in the area should not be overly reliant on the state security forces’ response or support during incidents, which will add an extra degree of complexity to organisations’ country evacuation plans and protocols. The deteriorating security environment underscores the necessity for a robust and resilient crisis management plan when operating in complex environments like Cabo Delgado. 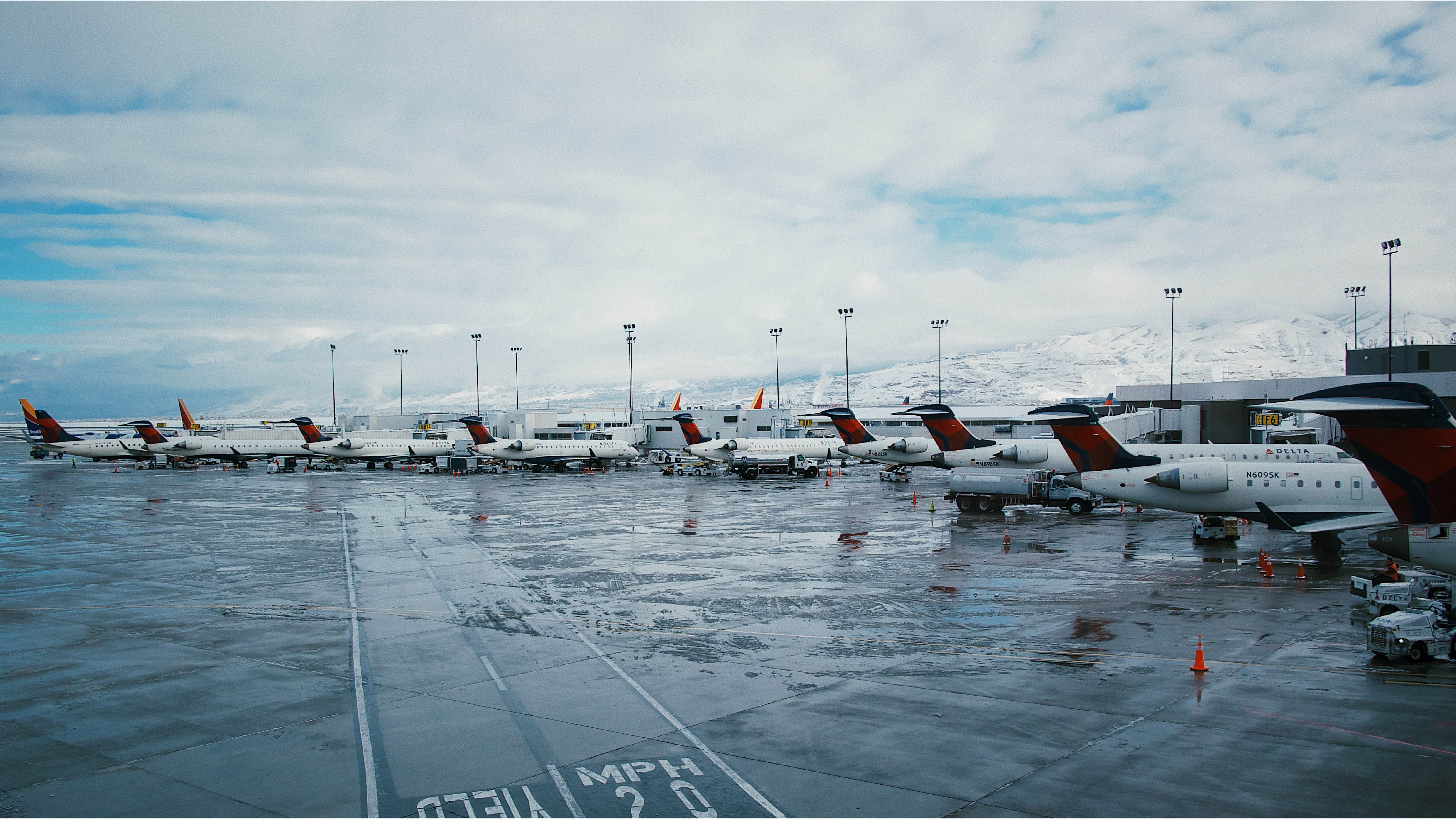