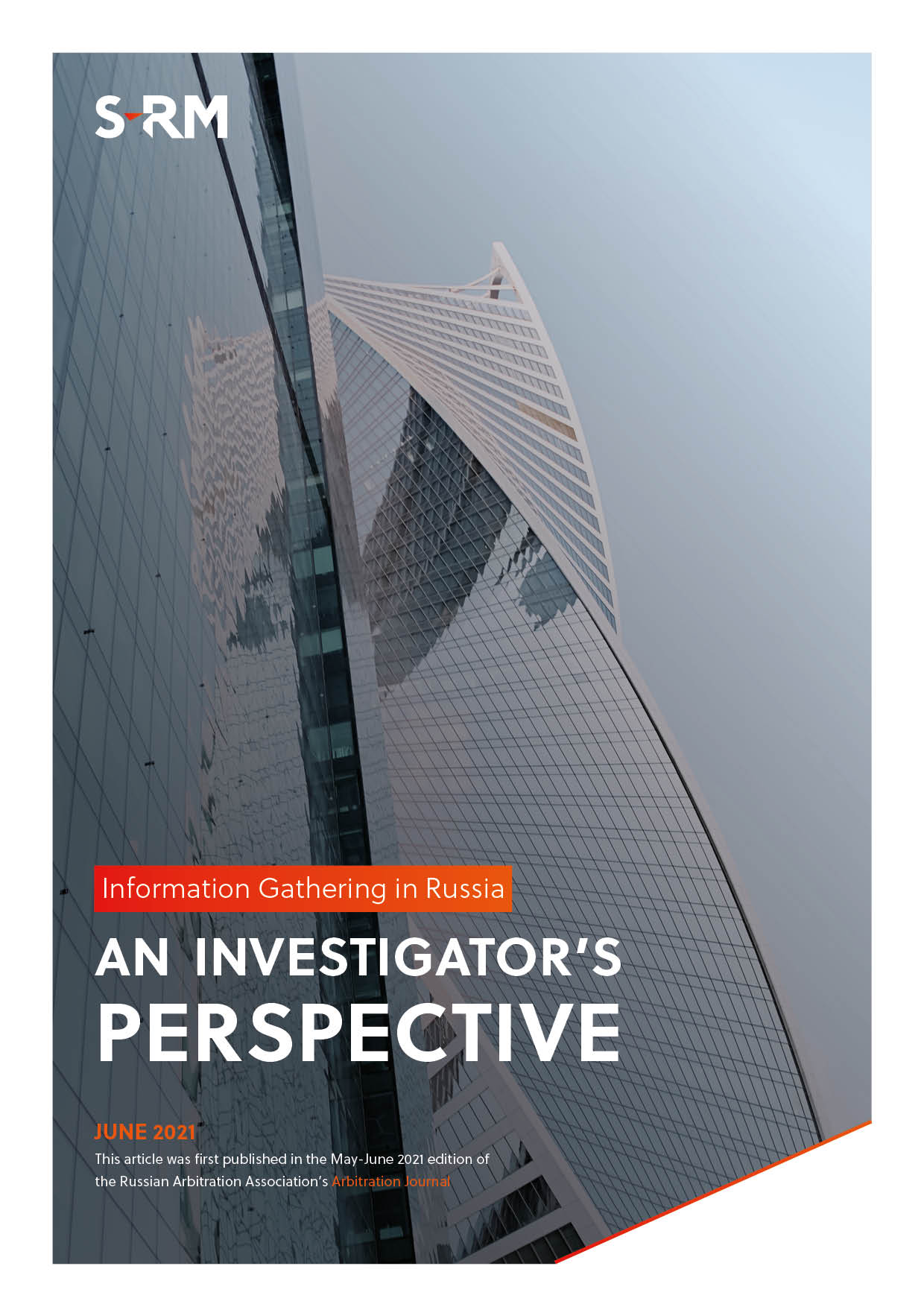 S-RM's Septimus Knox was recently asked to share his insights on information gathering in Russia for the Russian Arbitration Association's Journal.

S-RM's Septimus Knox was recently asked to share his insights on information gathering in Russia for the Russian Arbitration Association's Journal.

The information landscape in Russia presents unique challenges and opportunities for investigators. This is particularly true in the context of arbitration and other legal proceedings. In many jurisdictions, the challenge presented to investigators is a lack of information in open sources. This means we have to think creatively to generate leads that can identify assets or critical intelligence. In Russia, the challenge is the opposite. There is an almost limitless amount of information to be interrogated. A successful outcome lies in sifting through this information, making sure it is genuine and accurate and ensuring it is usable in a legal context. Investigators rarely, if ever, find nothing to report to clients and their legal advisors.

The primary reason for this is the amount of official company information made available online. In-depth corporate records and detailed litigation records are a crucial first port of call in any investigation. They allow an investigator to develop an understanding of key events, facts, connected parties and their associates. This is in stark contrast to jurisdictions such as Germany, where many legal records are redacted pursuant to privacy legislation and corporate records rarely offer any insight into a company’s financial affairs.

While Russian corporate and legal records are usually the starting point of an investigation, they are almost never sufficient in providing a complete and accurate picture of a subject. Attempting to identity well-hidden assets or build a true picture of a fraud requires ingenuity and creativity. For example, in the course of a recent case, we accessed specialist forums for Russophone sailors to glean intelligence about a shipping company and subsequently used a database of their resumes to identify and approach witnesses of fact.

Another advantage available to investigators operating in Russia is the wide range of freely accessible information relating to corporate and personal assets. These datapoints can prove invaluable in building up a picture of a subject’s financial standing in order to later recover assets. There are countless such resources, including registers of probate, notarisation, and debtors which are well known to every lawyer and investigator with experience in Russian matters. In addition, it is possible to obtain documentary evidence of vehicle, vessel and property ownership in Russia. In the UK, for example, there is no way to demonstrate a subject’s ownership of a luxury vehicle – a piece of information that could be used to apply leverage to a recalcitrant debtor, or to facilitate surveillance. Moreover, in the UK, data privacy laws mean that information relating to insolvencies, court appearances, and similar civil matters are typically expunged from the official record after a relatively short period of time. In Russia, the regulations are less stringent and it is therefore comparatively easier to build up a clear picture of an individual’s financial history and interests.

In recent years, the Russian government has opted to manage the types of information accessible to the public more closely. Firstly, in August 2018, Oktyabrsky Island, Kaliningrad and Russky Island, Primorsky Krai, were designated Special Administrative Regions (‘SAR’). Entities registered in the SARs, dubbed international companies (международные компании), are not obliged to disclose the identities of their directors or shareholders publicly. However, the use of these SARs is not yet widespread enough to cause a significant challenge to information gathering efforts. Secondly, in December 2020 a new law was passed restricting public access to information on an expanded list of public figures — previously this law had only covered FSB employees. The list now includes judges, prosecutors, FSB members, Investigative Committee members, Federal Penitentiary Service employees, Foreign Intelligence Service workers, National Guard members and certain military personnel. Thirdly, in July 2021, changes will be made to limit access to certain types of corporate information. The Federal Tax Service will no longer make the identities of certain companies’ founders a matter of public record — information which has traditionally been key to spotting connections between companies and beneficiaries on asset tracing mandates.

While it may seem that the government is making an investigator’s job harder, in many ways the reverse is true. In recent years, the transfer of 24,000 datasets to the open government portal has dramatically increased the amount of official information available to the public. While some of these datasets — such as a list of basic food stuffs sold in shops in the municipality of Krasnoselkupsky District, Yamalo-Nenets Autonomous Okrug — are highly unlikely to be relevant to an investigation, others, such as telephone directories, lists of tenders and recipients of subsidies can provide useful leads to a diligent investigator.

"WHILE IT MAY SEEM THAT THE GOVERNMENT IS MAKING AN INVESTIGATOR'S JOB HARDER, IN MANY WAYS THE REVERSE IS TRUE"

It goes without saying that analysis of official information sources alone would never form the sole deliverable of a well-resourced corporate investigation in Russia. Investigators can benefit from a wide range of unofficial information that can prove critical in identifying evidence and further intelligence about a subject. It is possible to access near-exhaustive databases of Russian media ranging back to the late 1980s – a luxury not afforded to investigators in many other parts of the world. These searches can be supplemented by examining aggregators of kompromat, reviewing niche blogs, analysing leaked datasets, scanning social media and using deep web scraping tools to search popular telegram channels simultaneously. Each of these data sources and the tools used to exploit them would warrant a standalone article in themselves. Suffice to say, while non-mainstream media and information retrieved from the deep web often contains inaccuracies and falsehoods, it can also contain valuable leads that can then be corroborated by official sources. Being able to sift through this type of information and analyse it is a core skill for an investigator in Russia to possess. Being able to corroborate findings and turn them into actionable intelligence, or better yet hard evidence, remains an art form rather than a science.

Finally, human intelligence – the process of gathering information from well-placed sources close to a subject – can sometimes provide crucial leads and non-public intelligence in investigations. The profile of sources to whom we might speak, the number available, and the information they provide us, varies dramatically from case to case. In the context of asset tracing investigations, human sources are particularly useful when an investigation extends beyond the borders of Russia and becomes a global matter, as is often the case. Sources can provide insight into hitherto unknown assets and new jurisdictions into which to expand the scope of our research. For example, in a recent case, our investigation pivoted towards Israel thanks to an ex-wife telling us that the subject had received citizenship there. In another, a former accountant alerted us to a parallel offshore structure not linked to the subject in open sources.

While this information is undoubtedly valuable it is important to remember, especially in the context of asset recovery, human intelligence is an input into the investigative process rather than an output. Rarely does human intelligence alone break open a case and the commentary of anonymous sources will never be as a valuable as an official document attesting to a subject’s interest in an asset.

Septimus Knox is the Deputy Head of S-RM’s Disputes & Investigations practice and oversees all the firm’s disputes work in Russia & CIS. His clients include international law firms as well as leading regional corporations and business figures. He has particular expertise in leading cross-border asset traces, litigation support and strategic intelligence assignments. He has previously lived in Russia, Italy and South East Asia. Septimus has a BA in Russian Studies from University College London and speaks Russian.

This article was first published in the May-June 2021 edition of the Russian Arbitration Association’s Journal.

FOR MORE, LISTEN TO SEPTIMUS KNOX DISCUSS ALL THINGS INTELLIGENCE AND INVESTIGATIONS IN OUR LATEST PODCAST EPISODE. 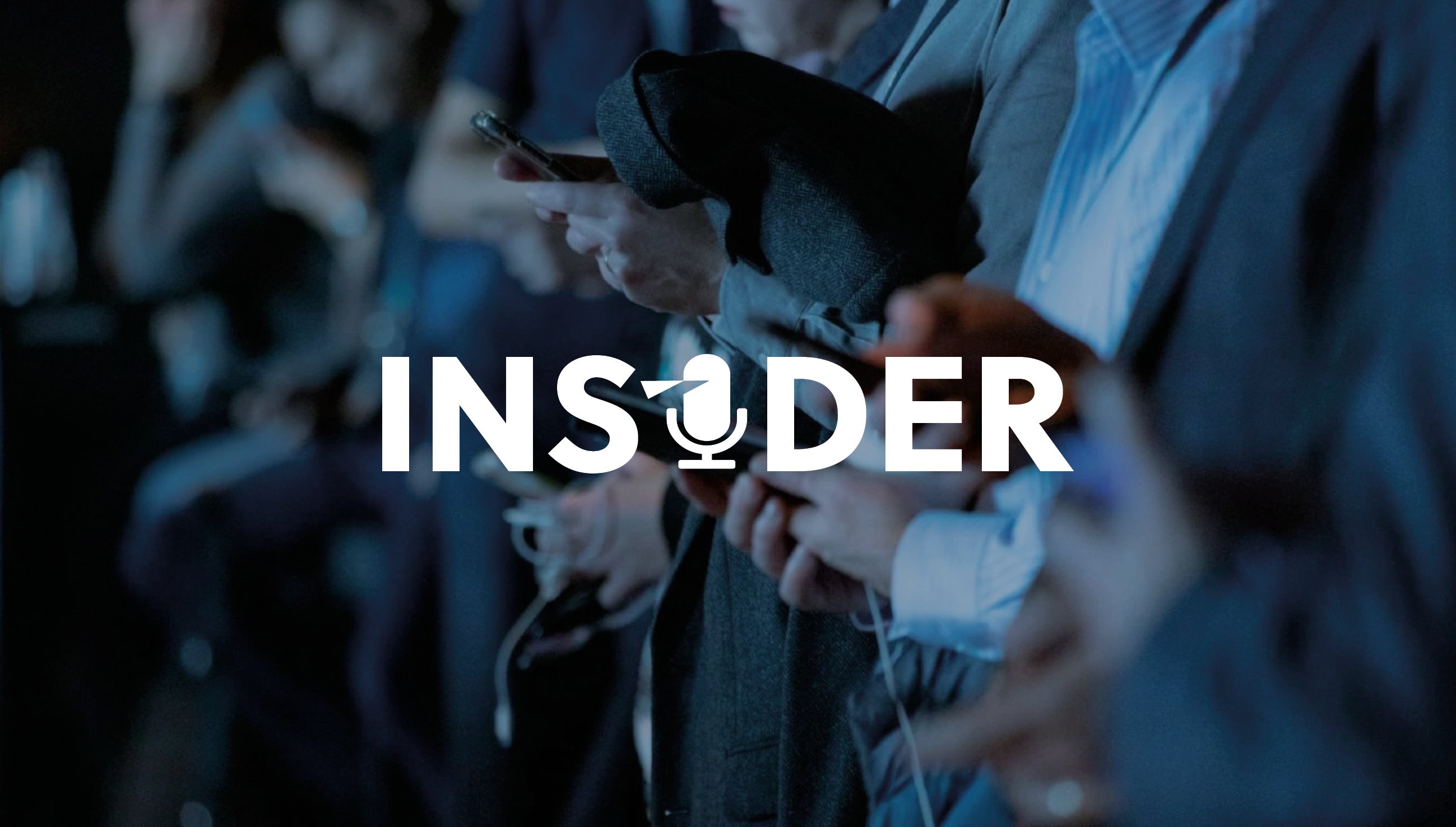