Hackers ‘With Organisation’: The Business of Cybercrime

Despite the allure of their media portrayal, often as an unfathomable evil lurking at the edges of society, hackers are people too.

They are subject to market forces, wants and needs, psychological tendencies, and emotions. This means that, given enough information and research, we have the tools (thanks to economists and psychologists) to model their behaviour and draw high level conclusions about the threat landscape of cybercrime.

In very broad terms (people are difficult to squeeze into boxes), we can classify cyber threat actors into the following categories. These are based upon their shared behaviours, actions, and capabilities.

This article focuses on the capabilities of organised cybercriminals, who most likely account for the vast majority of cyber-attacks and data breaches.[1] There is still significant debate as to whether organised cybercriminals are linked to existing, more traditional criminal organisations.[2] Although it may be some time until we fully understand how these threat actors are structured, what we do know (and see every day) is that these are threat actors with organisation. This means that they may operate with the assistance of automation, playbooks, established infrastructure, and the support of a team.

Cyber-attacks are almost always committed by individuals, which is part of the reason why it is so difficult to understand how threat actor groups are structured. Despite this, when we dig beneath the surface of any cyber-attack or data breach, we often uncover an environment that would be difficult for one person to manage or coordinate.

This environment is supported by specialised teams, structured hierarchies, and digital marketplaces where both goods and services are sold. Maintaining this ecosystem requires investment, resources, human capital and infrastructure.  As this article will demonstrate, even a seemingly simple attack, such as a phishing campaign, takes more to pull off than meets the eye.

“The cybercrime environment is supported by specialised teams, structured hierarchies, and digital marketplaces where both goods and services are sold.”

Phishing is one of the most common and popular attack methods used by a wide variety of threat actors. It is very difficult to estimate exactly how many successful cyber-attacks begin with phishing (not least because organisations are often reluctant to report them); however, it’s likely to represent a significant percentage.

There are various authoritative studies that combine to help us build a picture of the prevalence of phishing. These studies are often conducted by those with access to primary data sets, such as Internet Servers Providers (ISPs, the companies that provide you with internet access or services), large incident response firms, and anti-malware providers.

Mass phishing is a large industry, and the chances that an email will successfully entice a user to click a link or download a document are low, but also reliable. This is especially true with a population that is both aging and still full of fresh targets who are relatively new to the internet. As a result, there is an entire ecosystem of threat actors dedicated to sending as many phishing emails as possible, in the hope that they can compromise at least some of the recipients.

There is a very good reason why the business of cybercrime is expanding: it makes money. Whilst getting a user to click a link or enter their username and password doesn’t put money into anyone’s pocket, there are several diverse and innovative ways that threat actors can make money from mass phishing attacks:

This might all sound rather easy, but there’s one problem: it can actually be very difficult to send high volumes of spam emails. This is because almost all ISPs use a form of blacklisting to identify and block spam email as it is happening. It can also be difficult to manage these schemes, especially if you’re dealing with millions of potential victims talking to you at once! Therefore, if a threat actor wants to persist with their operation (and yield a profit), they have to get creative; they have to become organised.

“If a threat actor wants to persist with their operation (and yield a profit), they have to get creative; they have to become organised.”

To execute even basic phishing campaigns (for example poor-quality “Prince of Nigeria” type emails sent to millions of people) threat actors need to develop an organisation with several moving parts. This isn’t one person sitting behind a keyboard. This is an enterprise. Some of the examples of well-orchestrated phishing campaigns we’ve observed in 2019 clearly involved teams comprising the following roles.

Technical IT team
This team is only focused on making sure that the group has the necessary infrastructure in place. For example, they must prevent the organisation from being blacklisted by their ISPs, and will carry out the technical configuration involved in setting up multiple email servers.

Emailers
These are individuals whose only job is to send out emails. They’re usually not technical people at all and might not even know what they’re doing or to what end. They’re simply being paid to send emails to a list of email addresses, basically as a mass-marketer would do.

Con artists
In the event that one of these emails gets a reply, this will be escalated up the chain of experience to a dedicated team responsible for responding to potential victims. This team will be more specialised in terms of the social and communication skills required to convince a victim to hand over money.

Finance team
The finance team will be responsible for everything to do with actual transactions and the flow of funds. This could include figuring out how to open a bank account in the first place (perhaps duping an unsuspecting individual into registering a bank account and then signing over authority to the criminals). They will then determine into which bank accounts the victims are told to deposit money, and oversee the laundering operation required to extract the funds and circulate them back into their economy.

Another major mass-targeted activity employed by cybercriminals is systematic and automated scanning of the internet. The internet is big (and growing bigger!), new vulnerabilities are constantly being discovered, and systems are always becoming outdated (for example Windows 7, which is no longer supported by Microsoft). Because it can be difficult for even the most efficient of organisations to keep all their systems secured and up to date, threat actors are constantly scanning the entire internet looking for vulnerable machines to exploit.

Anyone who works in IT will know that as soon as you deploy a new website or service to the internet, it’s guaranteed to be scanned by something within a few minutes. It is actually relatively easy to “scan the internet”, with some researchers having demonstrated that every publicly accessible device can be scanned in under 6 minutes.

6 minutes, estimated time it takes to scan a device for vulnerabilities

Combined with a level of automation – meaning that once a vulnerability is detected it can be automatically exploited without any user interaction – threat actors can create a constant source of new devices to add to their botnets, or even try to monetise their access straight away by deploying ransomware.

For organised cybercriminals, the threat of prosecution is simply not an effective deterrent. Rather, for those looking to counter or disrupt the cyber threat ecosystem, there are two possible approaches. First, authorities have been going after what these threat actors really want the most: money. Making it exceedingly difficult for cybercriminals to monetise their hacks – by tracing the flow of illicit funds and disrupting money laundering activities, for example – will significantly reduce their incentive to hack. As with any business, cybercriminal groups have staff to pay and infrastructure to maintain. If costs are greater than their (accessible) income, their enterprises will cease to be financially viable, or lucrative enough to warrant the effort.

Yet the advent of cryptocurrencies has made this avenue for disruption harder than it has ever been. Ransomware, for example, is actually quite a recent phenomenon in cyber security. While malware and viruses have been around for a long time, ransomware has gained momentum in tandem with the emergence of cryptocurrencies. Cryptocurrencies have allowed threat actors to monetise ransomware on a never-before-seen scale. Their victims are instructed to “legitimately” purchase a cryptocurrency with their own funds, and then transfer them to the hacker’s anonymous digital wallet. As a result, a thriving cryptocurrency-based black market has emerged through which hackers are able to liquidate their ransom money into cash.

This leaves organisations with a second option for deterring attackers: protecting themselves as much as possible

to make it harder for hackers to succeed. Insurers, cyber security specialists, legal firms and regulators are all coming together to support organisations and their in-house security teams in building resilience against an attack, by promoting best practices, providing advice, and guiding them through the implementation of effective mitigation measures.

Today, the pace of technological change and the sheer number of potential vulnerabilities available to cyber threat actors means that while organisations can make it harder for attackers to target them, they can’t make it impossible. Every device and, more commonly, every employee, supplier, distributor and contact in an organisation’s inbox, presents a potential vulnerability for a hacker to exploit. However, as discussed in this article, modern cybercriminals make calculations of risk against reward and effort against outcome, and even the most sophisticated cyber threat actor searches for the path of least resistance when planning an attack. If organisations can increase their resistance to – and resilience to – attacks sufficiently, the hacker will most likely look elsewhere. By building resilience, each organisation has the ability to reduce, as far as possible, how attractive they appear as a target in the mind of the hacker.

“By building resilience, organisations can reduce how attractive they appear as a target in the mind of the hacker.” 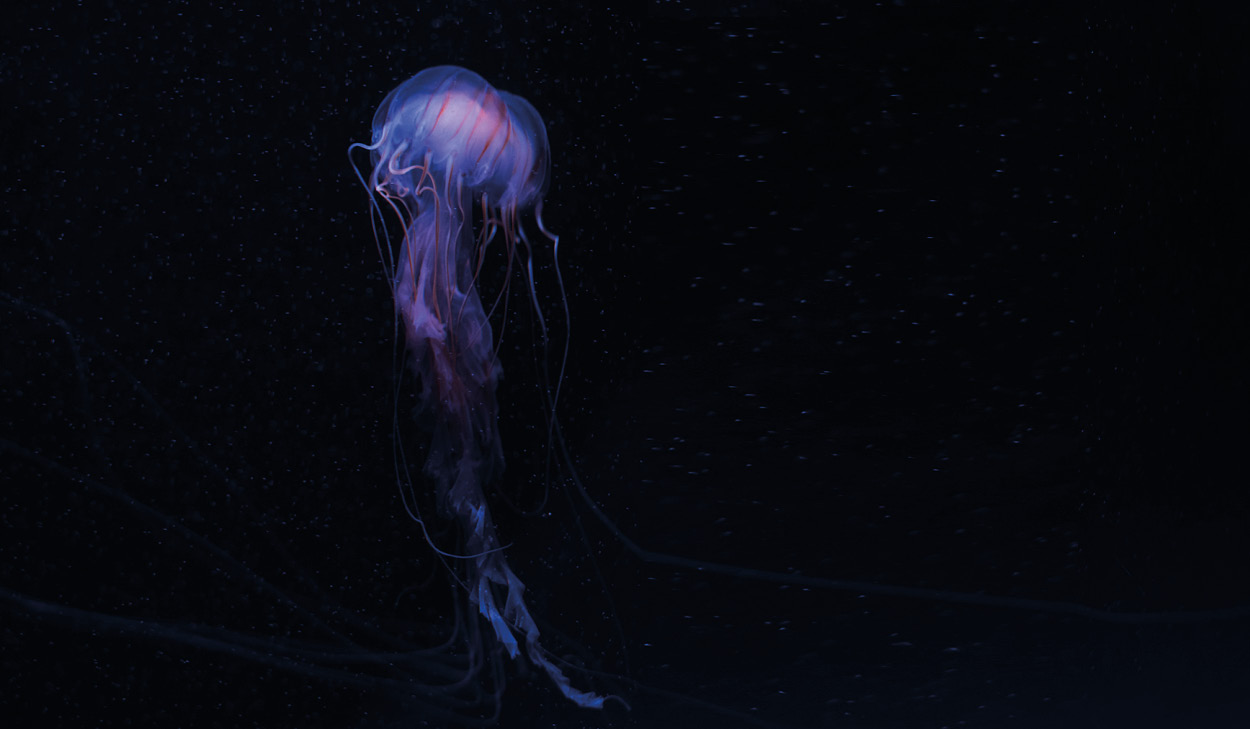