Coup’ed Up: Political Evacuation Planning in the Era of the Comeback Coups 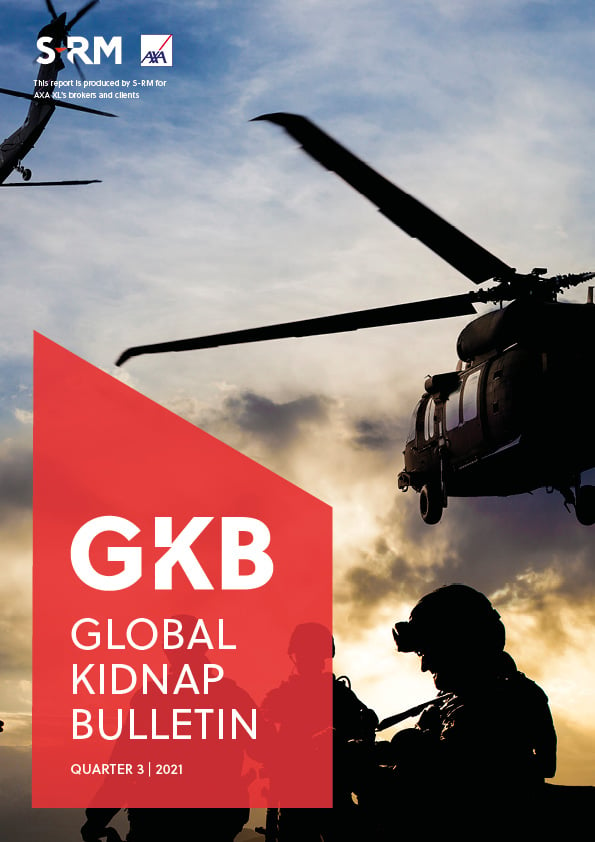 The spate of recent coups seen in Africa thus far in 2021 are a stark reminder of the need for robust crisis management and political evacuation plans for hostile operating environments, writes Gabrielle Reid.

Coups d’état have made a comeback on the African continent with three successful coups taking place in Chad, Mali and Guinea in 2021. These followed an earlier coup in Mali in 2020 and the overthrow of long-serving leader, Omar Al Bashir in Sudan back in 2019 with reports of several coup attempts in Gabon, Sudan, Niger and elsewhere in recent years. With unconstitutional changes in government being a persistent threat to security on the continent, as flagged by the African Union, companies operating here will need to develop and maintain robust crisis management and political evacuation plans.

The anatomy of a coup

Of course, every country is different and the grievances or greed that drive a military overthrow of a regime are manifold. However, there are a few common threads that run through the most recent coups, and coups historically, that should be the first indication to companies to have a political evacuation plan in place. Across Chad, Guinea, and Sudan, in particular, the respective administrations of Idriss Déby, Alpha Condé and Al Bashir were characterized by the erosion of democratic principles and practices. Political freedoms and opposition forces were increasingly stifled, and power had become concentrated in the hands of a few amid entrenched corruption that undermined the economic prospects of these countries. This monopolisation of the political space had been enforced through fraudulent elections, and the unpopular and at times unlawful extension of presidential term limits. Specifically, since the turn of the century, long serving leaders in 20 African countries have attempted to relax or remove presidential term limits, much to the frustration of their citizens. With citizens protesting on the streets to voice their disgruntlement, the military or factions therein – often themselves keen to secure a piece of the power pie – have been at the ready to intervene. Their motivations aside, when the military does step in, their actions can result in immediate consequences for the country and those operating there. 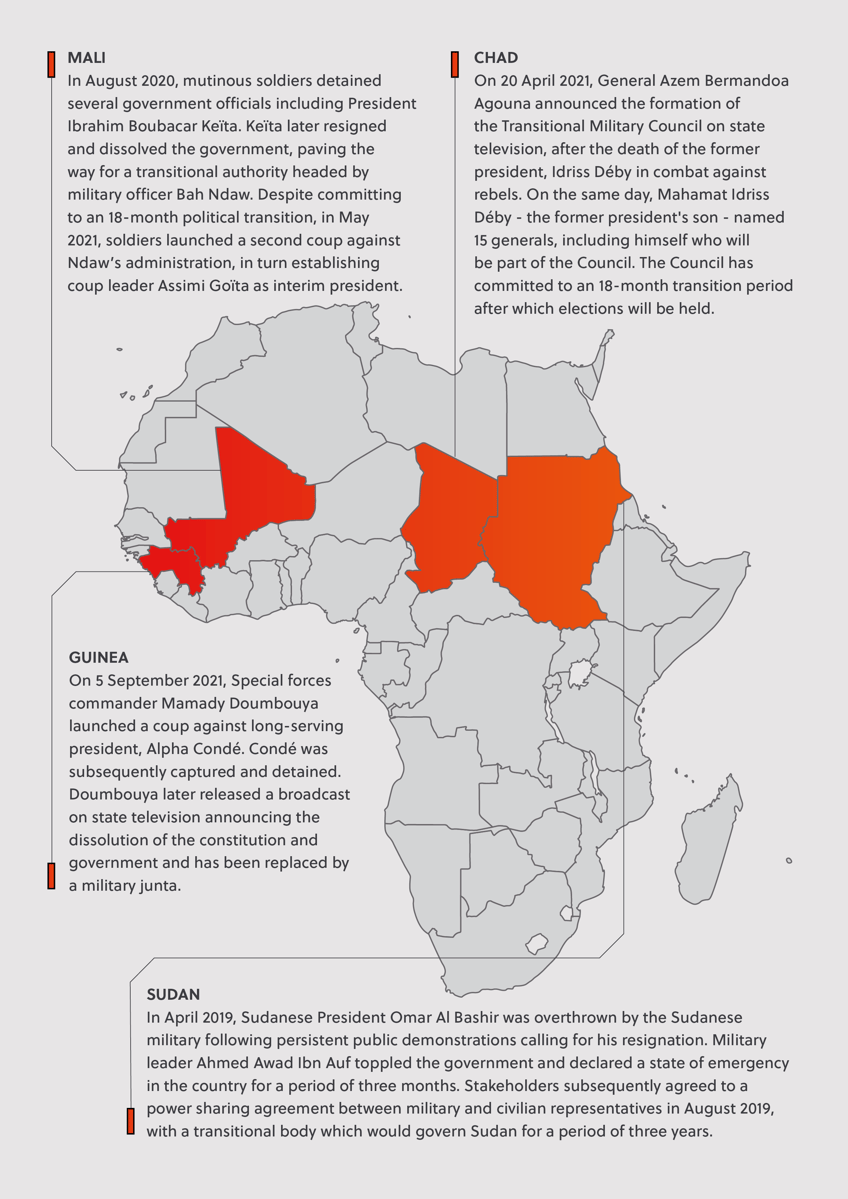